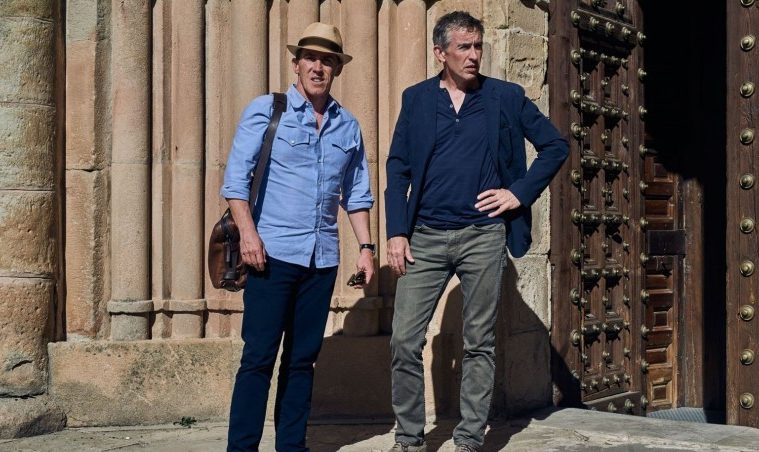 Take a Ride in First Trailer for ‘The Trip to Spain’ There will be no shortage of franchise films arriving this year, but perhaps our most-anticipated is the latest entry into The Trip series. Made for television in the U.K. then released as films over here, Steve Coogan and Rob Brydon are now back with their third entry, The Trip to Spain. Ahead of a premiere at Tribeca Film Festival next month, the first teaser trailer has now been released.

This preview for Michael Winterbottom‘s latest is a simple one, finding the duo making melodies on a drive as quotes flash by along with a brief series recap. Despite being quite the tease, this (and the first clip) is more than enough to sell us on what’s sure to be one of the most enjoyable viewing experiences of the year. Also starring Marta Barrio, Claire Keelan, and Margo Stilley, check out the trailer below.

Steve Coogan and Rob Brydon reunite with director Michael Winterbottom for another chapter in their hilarious road trip series. This time taking their wit and appetites on a tour through picturesque Spain’s finest fine dining, Coogan and Brydon trade celebrity impressions and witty banter over paella and gazpacho, their comic observations on fame and friendship as dry as the finest Spanish wine.

The Trip to Spain will premiere at Tribeca Film Festival, followed by a release by IFC Films.