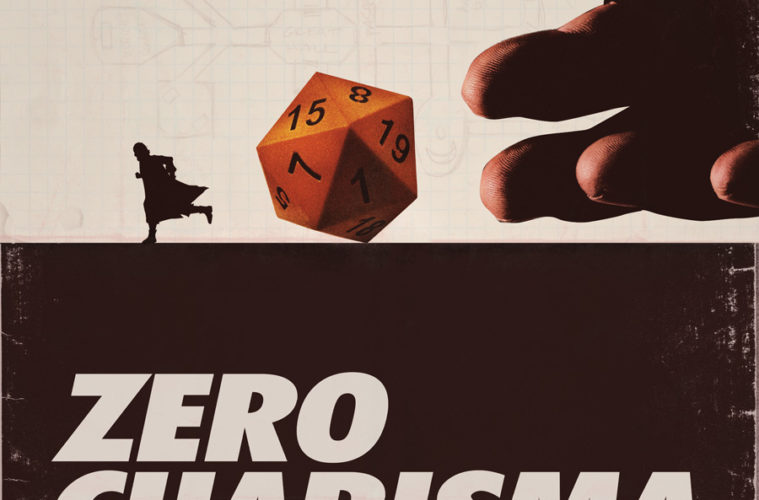 Zero Charisma is the kind of film one attends a film festival to see. There are no big stars, and the film entered with little buzz, but those humble beginnings don’t match up with what you witness on the screen. This fascinating look at nerd culture, directed by Katie Graham and Andrew Matthews, is spot-on and full of heart. You’ve known these characters in real life: the ones that get too into it; the easy going guy that can come in and fit in and the band of friends that stick with long-term friends no matter what they eventually turn into. Scott Weidemeyer (Sam Eidson) is the game master for his local homemade variant of a Dungeons and Dragons game. He’s a purist at heart, and loves his position as he lords over his little grouping of close friends, yet he doesn’t really seem to care to get to know them all that much.

He lives with his grandma, but holds a job and loves the game. His friends all seem pretty steady, until one has to abruptly quit and leave the game long-term. So he searches around and we see that other people have rejected Scott because he is overbearing and just a bit too serious about his passion. Then, when visiting the job he was fired from, he runs upon affable Miles (Garrett Graham), a sharp guy that is searching for a local game. He’s a purist as well, but understands that this is a game that should focus on fun. So he is invited over to play and starts to become the primary focus of the group. Naturally part of that is because he’s new, and therefore, interesting. But part of it is because he’s successful in his own life, holds a steady girlfriend, and is the co-editor of a pop culture website that all of them have heard of.

He’s a threat to Scott’s power, and this changes everything. Scott feels vulnerable, even if it is unreasonable. The alpha male dynamic is hard to control. So within the nerd culture umbrella, we witness what nearly everyone has felt: the new person stealing the thunder. The way we react to that, whether it’s embracing them and rolling with the punches or becoming absolutely defensive, tells a lot about an individual’s character. Scott isn’t blameless, but he has his own familial issues as well. So we feel for him, but also dislike what he does and how he treats the people around him. He’s always trying to one-up people, and his success ratio is around 50%, which leads to a lot of hilarity.

One doesn’t have to be into the D&D scene to enjoy the film, and a fondness for nerd culture isn’t even a must. This is an invitation to a world one may not be familiar, to show how similar most hobbies are. This group of people want to have fun and escape. They find it in D&D, but maybe you find it in video games or sports. These are their version of their drinking buddies and their weekly poker games, and funny-shaped dice don’t change the positive effects one gleans from these excursions. Discovery is the best part of a film festival, and I’m so glad I found the gem that is Zero Charisma.

Zero Charisma screens again tonight at 7:00PM at the Long Center and Friday, 11:00AM at the Topfer Theater.