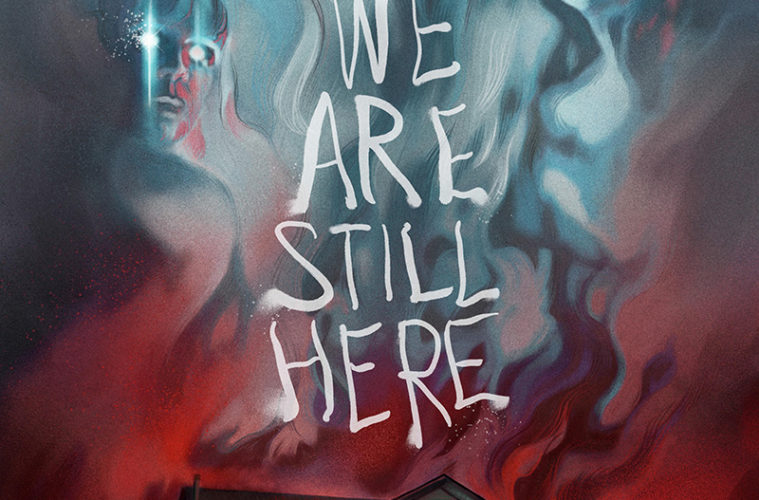 [SXSW Review] We Are Still Here

Throwback horror film We Are Still Here never loses a sense of quiet fun running underneath it. Clearly a loving send-up to films of the past, writer-director Ted Geoghegan’s feature debut is rarely subtle yet still manages to create a thorough sense of dread. With a well-established setting and stunning creature effects, there are some genuine moments of terror. Additionally, once the frights really begin, Geoghegan shows a healthy love of gore as he smears the quiet landscape with red. Even the actors are in on the fun, giving solid performances through their schlocky lines.

A couple, Paul (Andrew Sensenig) and Anne (Barbara Crampton), are reeling after the sudden loss of their son, so they take up residence inside a rural old home that has a dark past. They don’t see the obvious signs that plague the home and announce that it isn’t happy with the couple. When their neighbors pop in to welcome them, they let them know part of the history of the town and the home itself and things rapidly start to spin out of control from there. There are heavily burned demons that lurk in the shadows of the home and the design of them is pulled off so convincingly that even when shots near the end linger a bit too long on them they’re still impressively creepy. That’s not an easy feat when so often a creature will lose its edge the longer it is shown. Fans of the horror genre will likely recognize numerous faces in the film, including Crampton, who is a scream queen legend and still doing great work here. Another interesting feat is that Geoghegan establishes demons that attack in the day or night, and it means that amidst the snowy backdrop you never know when people are genuinely safe once things get started. Creatures even appear outside of the home, though that is mostly a one-off moment that is not returned to again and perhaps a function of a cheap writing twist to kill off a character early. It’s clear that even with a film that has bumps along the way, this is a throwback feature that doesn’t mind being silly.

Establishing a history of the home and how the town was involved, we learn along with the older couple, the town is very aware of the curse and we get the sense that they are particularly standoffish. When the couple have friends over to visit the home and reconnect (their sons were roommates in college) they visit the local diner where they are greeted with cold stares from what appears to be the entire town. It’s a hilarious and cheesy moment that establishes that shelter from the creatures that plague the home won’t likely be found in the townspeople. As we learn of the history the more and more one might wish a prequel film would be made to see how the situation came to be.

Alas, We Are Still Here gives us a fun romp that has a bloody finale. In addition to the wicked creature design, with the demons even having a smoldering glow, and wonderful performers doing their best with the often silly dialogue, the rich history of the house and embrace of gore left this horror fan in a good mood afterward. Short and fun, this is a film that shows someone with a nice balance of reverence and the ability to establish his own charm.

We Are Still Here premiered at SXSW.