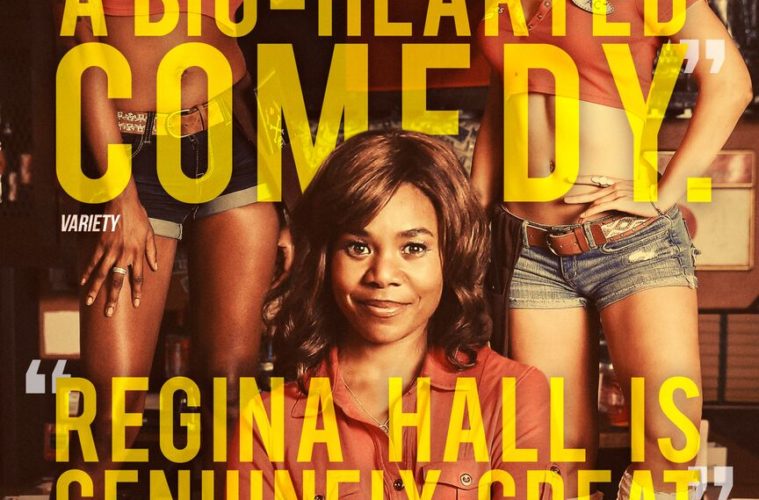 SXSW Review: ‘Support the Girls’ is a Crowdpleaser with Gentle Humor and Biting Commentary

Double Whammy is the kind of roadside “breasturant” that sells escapism alongside their fried food and burgers. They may in fact be a dying breed as those damn millennials are choosing to eat healthy, fresh, local, and artisanal; or as we’re told by Double Whammy’s national competition, Man Cave – millennials prefer booties. This is the kind of place with “big ass” or “man size” beers, big screen TVs, and “cute” young waitresses instructed to flirt with clientele. And it’s the setting for the most mainstream comedy yet from Andrew Bujalski, a founding member of mumblecore. Director of pioneering films of the sub-genre like Funny Ha Ha and Beeswax, Bujalski’s latest film, Support The Girls, is a very funny drama following a day in the life of manager Lisa, as played brilliantly by Regina Hall.

The day starts like any other at an establishment along an Austin interstate before diving into a subtle comedy about commerce, labor, sexism, racism, and friendship. The film does this effortlessly, rarely hitting a false note, and bringing big laughs and a lot of heart. The joke is rarely on Lisa as she puts out fires throughout the day from the burglar in the vents to news that waitress, Kara (Brooklyn Decker), has been arrested for finally fighting back against her abusive boyfriend. Lisa decides to free her with a fundraiser circumventing her boss and Double Whammy owner, Cubby (James LeGros).

Bujalski takes care to show every part of the day, beginning with a hiring event led by Maci (Haley Lu Richardson) where the rules of the house are explained: provide customers with individual attention, use a light touch where appropriate but avoid squeezing, and keep it mainstream. This is a family establishment after all. After that hiring event, we’re introduced to Danyelle, a young single mother played by Shayna McHayle (a breakout role for the rapper Junglepussy).

Soon, revelations about Double Whammy are revealed. Cubby’s rainbow policy aims to create diversity while also implicitly favoring white women. After all, they are essentially models who serve, putting on a performance for men, families, and regular customer, Bobo (Lea DeLaria), a trucker who hangs out at the bar for hours every day.

Support The Girls is largely a character study of Lisa as she manages the expectations of her boss, does the unglamorous work of overseeing schedules and inventory, lets off employees who violate policies, and tries to handle her relationship with emotionally distant husband Cameron (Lawrence Varnado). Lisa is the classic “den mother” who goes above and beyond for her co-workers, inviting them out of lunch or a drink to settle their differences.

Bujalski as a filmmaker has created a film as fascinating as anything in his previous output. Similar to what he’s done for early computing, disabilities, and the fitness industry, he’s again demystified unseen worlds, finding gentle humor and drama in these settings. Support The Girls tackles diversity, racial identity, and an economy built on flirting and mutual exploitation. It’s a biting commentary on American labor and capitalism in the form of a mainstream crowd pleaser.

Support the Girls premiered at SXSW 2018 and opens August 24.