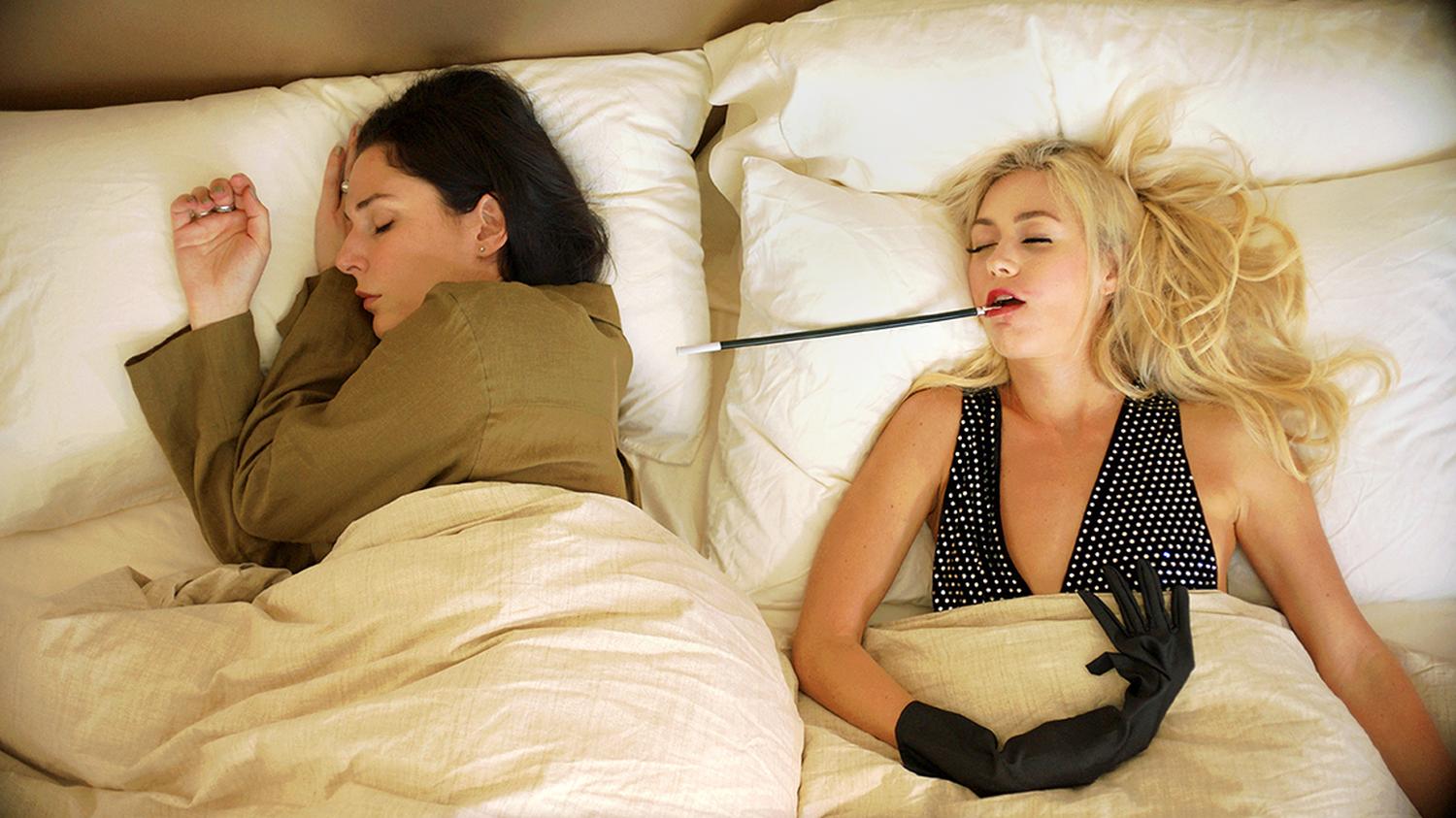 Directed by SXSW alum Kestrin Pantera (Mother’s Little Helpers), Pretty Problems is yet another indie picture about a floundering 30-something couple stuck in a rut while others around them seem to have it easy from the privilege of headstarts. Perhaps this is a condition of living in places (LA, NY, Austin) where the haves and have-nots are so extreme, with a robust service industry that caters to the old money, new money, and HENRY (high earner, not rich yet) segment.

In that regard, yes, having multiple homes, an addiction to $500 bottles of wine, a support staff, and kids that can be outsourced to an au pair really are pretty problems to have, especially in light of real suffering outside these bubbles. This is not to say Pretty Problems isn’t fun in passages—it just feels expressly tailor-made for an SXSW audience and the echo chamber of the festival landscape.

The plot is fairly straightforward. Couple Lindsay (Britt Rentschler) and Jack (Michale Tennant) appear to struggle getting by in life, despite a charming home and perhaps some issues with intimacy they’re working out. She works full-time in a clothing boutique; he’s on probation for reasons the film will reveal later. At one point she seemed on the trajectory for a comfortable, HENRY-esque life. A chance encounter at work leads to Lindsay befriending Cat (JJ Nolan), a housewife whose biggest problem is figuring out what to do with her time and money. She’s married to self-made millionaire Matt (Graham Outerbridge) who we learn was an early investor in streaming with the help of best friend Kerry (Alex Klein), an old money trust fund kid whose grandfather allegedly trademarked “Tater Tot.”

Written by Michael Tenant (with a story credit by Rentschler, Tenant, and Charlotte Uban), Pretty Problems seems to overstay its welcome as events unfold over the course of the weekend. The heart of the film is Lindsay and Jack’s relationship as they try making sense of their new friends that know so much, yet so little about them. That’s part of the allure for Cat, who seems to become obsessively interested in one idea before quickly moving on to the next, all in the name of feeling like she is doing something. When you’re unemployed you can also label yourself a “consultant” or a “freelancer” to fill the gaps on your resume and/or in life.

Pretty Problems explores several interesting themes but never quite knows what to make of Jack and Lindsay, their new friends, or the help that enables them. It feels conceived from within its own bubble, where money can in fact buy you almost anything you want except for a sense of fulfillment if you don’t know exactly what’s desired.