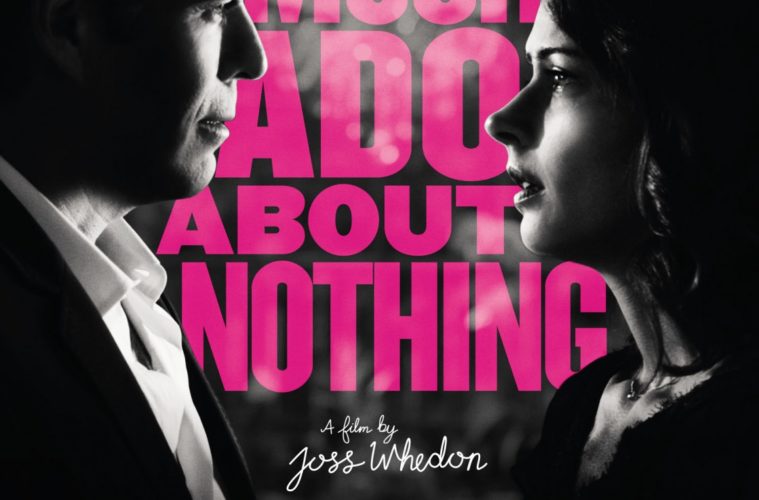 [SXSW Review] Much Ado About Nothing

Listening to William Shakespeare on the silver screen in the guise of the modern age can be jarring, as we watch people with cell phones and electricity use the clipped and florid language of his plays. However, unlike others that go for a production that is well above and beyond the scope of Shakespeare’s intention, director Joss Whedon is taking a break from his ultra-successful foray into the major Hollywood studio system with sparse filmmaking, not far removed from a stage play. Much Ado About Nothing just has one major setting and through its monochrome style, successfully conveys a sense of timelessness.

Beatrice (Amy Acker) and Benedick (Alexis Denisof) secretly harbor feelings for each other, as we are treated to a scene of the two of them going separate ways after a romantic fling, but outwardly loathe each other. Benedick is a proud life-long bachelor, accusing the trappings of love to be simply not for him in any way. But his dear friend Claudio (Fran Kranz) is smitten with Hero (Jillian Morgese), whom they have just met at her father Leonato’s (Clark Gregg) house. So, they are set up. And Claudio decides it would be great fun to setup Beatrice and Benedick as well, by playing a trick of talking openly — and falsely — about how much they care for one another within earshot of them, with the caution that they dare not speak out about their love for one another. It’s a simple plan pulled off with hilarity. But, of course, nothing is that simple. This is a Shakespeare play, after all.

While much of the film’s first act lands on a jarring note, Whedon finds a rhythm somewhere midway in its 107 minute runtime, and one begins to care for the silly game they play. Also, Acker is brilliant here, even confined to Shakespearean dialog, but unfortunately Whedon doesn’t break a lot of boundaries. What is here has been done before, perhaps by better actors on an actual stage. But for a quiet diversion that is silly and fun, Much Ado mostly works.

Whedon enjoys collaborating with familiar faces, so it’s no surprise to see Denisof, Gregg, and Kranz here, coming off his two most-recent projects. The inclusion of Nathan Fillion as Dogberry also works like a charm. He brings his charisma and deadpan delivery to the table — if only there were a spin-off with just him and his partner. The fact that this is a quaint diversion comes through with most of the actors, as it’s easy to tell they are simply having fun riffing through the lines. Much Ado About Nothing is an ideal example of a film featuring quality actors that never quite becomes comparable to the sum of its parts, as we learn charm can only go so far.