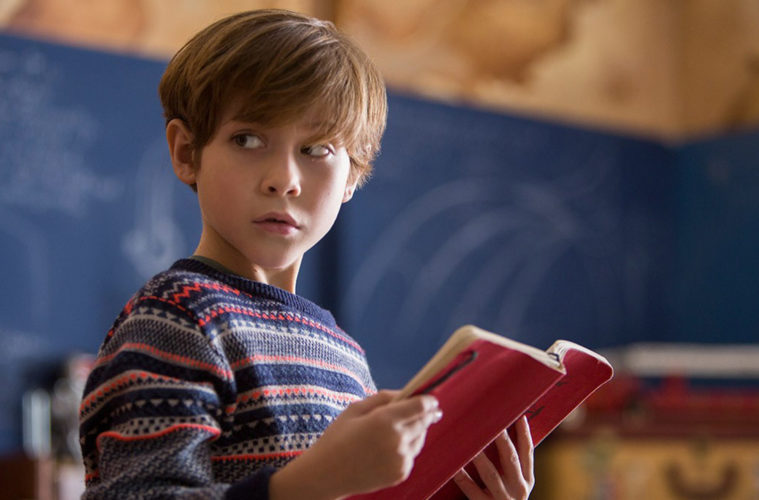 Despite some endearing passages, Gene Stupnitsky’s uninspired crude tween comedy Good Boys is a cringe-inducing affair. The Seth Rogen-produced summer release follows the teen comedy formula closely, leading up to a “make-out party,” at least in better taste than going the Superbad route of losing of virginity on prom night. This is essentially Diary of a Whiny Kid with partying, drugs, and sex toys. There’s also the occasional manipulative moment of emotional truth to keep things grounded, combating the overall cringe factor of some of the gags. The oddest involves crossing six lanes of 65MPH traffic to get to the mall.

Written by long-time collaborators Stupnitsky and Lee Eisenberg, the film tells the story of the “bean bag boys”: the sexually curious Max (Jacob Tremblay), Lucas, the good-doer (Keith L. Williams), and Thor (Brady Noon) a musical theater impresario with something to prove after he refuses to take a sip of beer in the park. When Max is invited to a kissing party they try to find out what exactly to do, Googling step-mom porn (much to the confusion of poor Lucas, whose parents are about to get divorced) and learn nothing. Instead they decide to spy on their neighbors with the Max’s dad’s drone, leading to more problems for Max, who promised his father (an all-too-brief appearance by Will Forte) he wouldn’t touch it.

This leads to some fast times at the local middle school with the girls (Molly Gordon and Midori Francis) chasing the boys after they take off with their purse, containing tabs of molly. Through a series of convoluted events the boys end up raiding Thor’s parents closet for weapons as they meet with a collector (Steven Merchant) who is interested in purchasing a valuable trading card; he assures them, of course, he’s not a pedophile.

A tween kissing comedy with a dirty mind, Good Boys has a few big laughs, shrunk to size and recycled from the Apatow wave of sex comedies, while not contributing much new to the canon. The performances in general are fine when the trio is given the material to work with, but the script and direction is juvenile by design. A middle school comedy for those over the age of 17 (unless they sneak in), it is on one hand a bold decision and on the other a retread of R and PG-13 comedy classics told through the eyes of what normally would be a PG movie. And some times those PG movies with restrictions have to work smarter and harder for laughs. If Good Boys is successful when released this summer, God help poor Mr. Wilson when they inevitably make a hard-R reboot of Dennis The Menace.