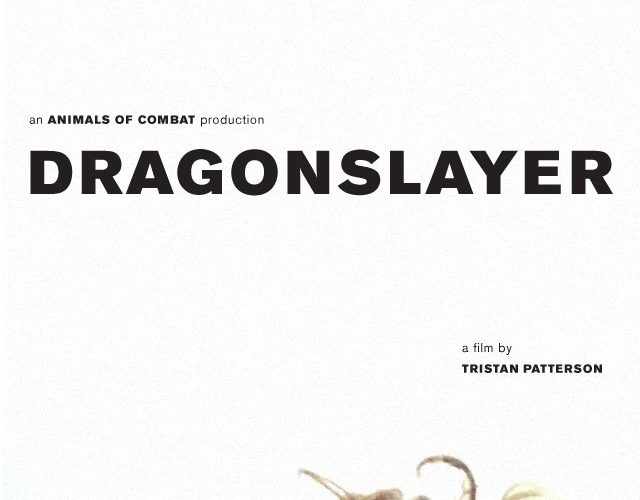 The scariest thing about Dragonslayer is that in most places in this country you need a permit to get a dog or cat, but any idiot can have a child. Dragonslayer is an ugly, brutal punk rock documentary and truth be told, I’m not sure why it needs to exist. Divided in 10 chapters, it has a style that varies from beautiful, carefully composed shots, with those that look as if they were shot on a cell phone camera. I never understand why would be “filmmakers” – be it pornographers or punk kids on skateboards aren’t making better compositions, but that implies any idiot with a camera can be a filmmaker.

The point of Dragonslayer, a new documentary by Tristan Patterson seems non-existent. We are introduced to the world of Josh “Skreech” Sandoval – a professional skateboarder living in Southern California. Early in the film, it’s clear we aren’t following an interesting subject. If requisite knowledge is required of Sandoval and his significance in the world of punk and skate culture, then I’m not the right audience member for this film. But there are several other films I’ve seen at SXSW that also deal with closed cultures such as Punk that provide their more square audience members with an entrance. Dragonslayer is so wrapped in its own world it never gives us an entrance point. What hurts is the film’s structure: 10 acts, episodes that don’t add up to very much. In the second portion, we’re in Sweden, but why? Incomprehensibly it shows Skreech being a father (luckily, he’s unfit for full-time custody) and falls in love with an equally aimless woman. They fight, they talk about the stupid things people on dates talk about, often under the influence of a great deal of marijuana and booze. And then they go about their lives, skating and hitting the bong.

Perhaps years of distance will make Dragonslayer a fascinating relic of a specific time and place: it preserves the spirit of this lost kid who should have real world responsibilities – after all, he is a father. The film takes virtually no point of view about Skreech, achieving an intimacy that once we arrive to, we don’t care. There’s not very much likable about Skreech, nor is the film a document of a train wreck, so much as one waiting to happen when he accidentally kills someone while driving drunk. An excellent documentary can be made (and have been made) about destructive lifestyles; this one is as incompetent as its subject, a pot-smoking moron with a child, new girlfriend, and a flip camera.