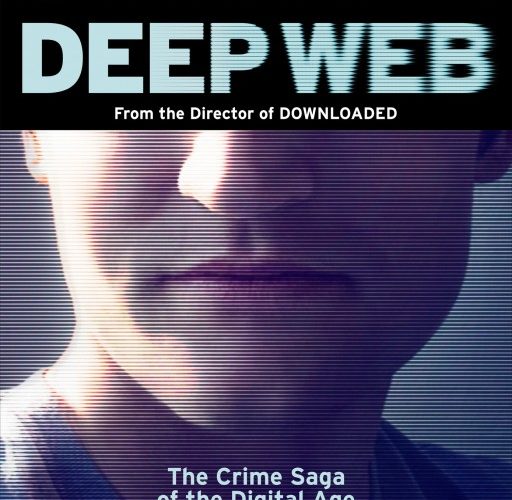 Alex Winter‘s new documentary Deep Web provides many unanswered questions the future will certainly shed light on soon. This is its point. While also giving a layman’s education on its subject matter—the Dark Net within, Tor as a means to access it, Silk Road and other illegal marketplaces utilizing it, etc.—the driving thesis is to expose how crucial the trial of SR founder Ross Ulbricht is to understanding our basic human rights within a digital world. What happened in that courtroom at the beginning of 2015 is the genesis of precedence that will potentially allow our government to wield unlimited power over the changing social climate of our lives. Whereas the Constitution and Fourth Amendment protect privacy in the physical realm, US agencies are fighting hard to turn our digital existences into the Wild West. We’re talking about the government using the same cyber terrorist tactics they prosecute against to unlawfully search and seize private property. We’re talking about a government bankrolled prosecution running a smear campaign based on character assassination to get its version of a story embedded into the minds of its jury. We’re talking about a systemic and financial necessity for government and private entities to continue fighting a war on drugs they inherently exacerbate that causes decisions to be made against institutions statistically proven to curb the violence bred from the drug trade. It’s hard to live in the US today and not question the breadth of our government’s reach, lengths it will go to save face, and lies it tells, but the revelations Winter puts onscreen should convert many who still staunchly hold back.

I remember learning the director was to tackle the subject of the Dark Net around the time I saw his previous documentary Downloaded in June 2013. Ross Ulbricht wasn’t arrested until October of that year—an incident so surprising and crucial to understanding Silk Road (and the deeper-seeded ideals behind the work of cypherpunks attempting to secure the general public’s privacy against a Big Brother doing all it could to steal our code and use it against us) was a boon for Winter to accomplish everything he dreamed. Rather than merely digging into this world, he had a face to personalize his narrative. It was no longer only about binary code and cryptic online handles drafting Libertarian manifestos based on Austrian economics to facilitate a non-violent community for hard drug sales. It was about our rights as free citizens. There’s an interesting similarity between Deep Web and Downloaded in how they supply a new generation of thinkers the forum to talk about the internet’s infinite possibilities. And just like the latter dealt with the inability to adapt by stubborn old world viewpoints on consumer culture, the former sees its adversarial position doing the same. Don’t get me wrong, I’m not condoning drug trade or saying anonymous speakers like Vendor “Y” and Vendor “Z” were truthful when talking about their refusal to sell heroin to customers “not mature enough to use it responsibly,” but there’s something to using Silk Road and other storefronts as opposed to street corners down the barrel of a gun. I applaud Neill Franklin for at least acknowledging the benefits even if in a Bunny Colvin “Hamsterdam” way from The Wire.

The issue doesn’t begin and end with Silk Road, though, and while it and Ulbricht give Winter an emotionally charged entrance into the story—especially with the help of Ross’ mother Lyn and her transformation into a public speaker for digital privacy rights—he has numerous subjects to flesh out the bigger picture. This is where crypto-anarchists Cody Wilson (creator of 3D-printed plastic gun The Liberator) and the militant Amir Taaki (coder of peer-to-peer Silk Road successor OpenBazaar) come in. Hearing about the political agendas and activism they base their work upon shows the issue isn’t solely about drugs. The government hopes to make us believe it is, but they’re also merely creating a smokescreen. Deep Web looks to open our eyes to this fact and in turn closed doors for more in-depth exposés. Narrated by Keanu Reeves and full of some slickly animated infographics, we bounce around from the Silk Road saga—Ulbricht, the “Dread Pirate Roberts” (DPR) persona at the top of the pyramid, and how the two overlap—to the myriad other historical and contemporary entities alive and thriving within the Dark Net. Winter is very keen on subjects who explain how journalists and whistleblowers use Tor to do their jobs and help make the world safer while also giving Ulbricht’s lawyer Joshua L. Dratel a soapbox to show how the government could care less about them when it’s easier to simply vilify the network wholesale. Chuck Shumer arrives with blanket declarations, FBI directors leading the charge show their exuberance in “winning”, and yet every step taken forward opens another hole of deceit to get there.

That leaves “Wired” reporter Andy Greenberg: an onlooker with a huge stake in the story who’s also in an objective position to admit someone like Ulbricht is never wholly innocent or guilty. Talking heads like Nicholas Weaver are entertaining—his ego making his delivery of insights priceless—but Greenberg is relatable as an equal. Winter’s decision to focus on him wasn’t accidental because he was the first to interview DPR, but that doesn’t make his utilization as a bridge connecting the macro and micro scale of the issue less effective. After all, this story is less about the Dark Net and more how its dynamic with law enforcement affects us. If the NSA can hack private servers without recourse, what’s to stop them from hacking you? Sadly, as you’ll discover, positing that question in court proves almost impossible.