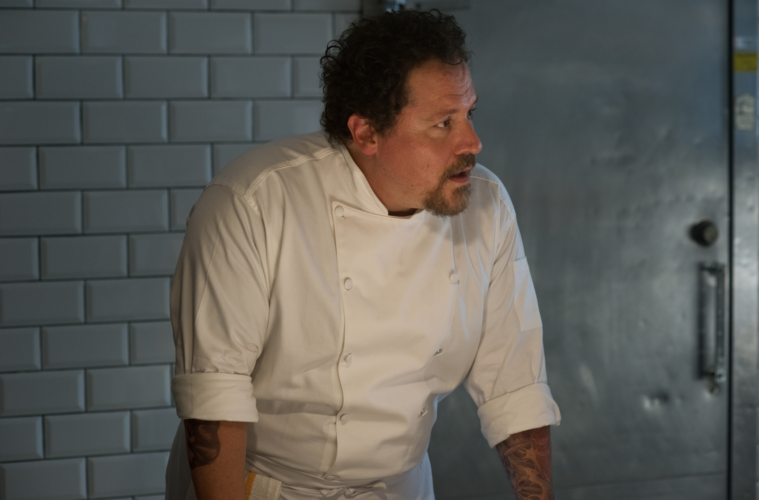 How close is too close to home? That has to be the question going through the mind of anyone familiar with the last decade of Jon Favreau’s career while watching his latest film, Chef. Smartly made and richly told, the film follows the life of a chef that is miserable working for someone else making the “greatest hits,” and finds solace, freedom, and the ability to express himself again through the independence of running his own food truck.

This is, of course, directly referential to Favreau’s own career arc. The helmer went from small independent films (Swingers, Made) to graduating higher (Elf, Zathura) until landing unexpectedly, for some, in the role of shepherding a major blockbuster franchise (Iron Man) and crash landing soon after (Iron Man 2, Cowboys & Aliens). He’s found out that while having someone else’s unlimited payroll has its benefits, it also means the dynamic is thrown off in a creative world. The people with the money aren’t always the best at making decisions based on art. In this case, it is food, but it’s no less artistic.

Even the pacing is about as tight as one could hope, as Favreau is writing, directing, and starring here. With a throwback style, Chef is about growing up and realizing what you want in life and how to get it. With twists and turns that have become so commonplace, even outside thriller genre, having a film that plays things straight without throwing unnecessary curveballs feels like a revelation. Favreau has crafted a film one can simply sit back and enjoy the ride, a realization that frequently brought a smile to my face. The real draw, though, will likely be the supreme interaction between father and son. When the film starts we see how much Favreau’s character is unwilling to put forth the time to connect with his son Percy (Emjay Anthony). In one great montage, we see them go to the movies and go ride some rides but not actually interact. When Favreau’s character decides to make an effort to learn about “social networking,” his son picks up on the fact that finally they are simply hanging out and sharing a moment of bonding beyond sharing the same experiences. It’s the kind of insight you would rarely hear from a kid that is likely barely a teenager, yet in this film it serves a purpose without ringing hollow.

Making a film about cooking could be limiting, but not in the hands of Favreau. When he has a spat with a food critic — a “blogger” who is one of the most influential in town — it’s easy to see how much that corresponds with the career of Favreau. Even the fact that he has some familiar faces from the Iron Man franchise throughout the film pays homage, in some ways, to what is likely a past life for the director. Favreau lets his character not only have flaws, but also allows him to grow without actually fixing those flaws. They’re still there and yet he knows that in the idealized world of Chef, he can manage them enough to move forward.

Chef premiered at SXSW 2014 and opens on May 9th. See the first clip above.