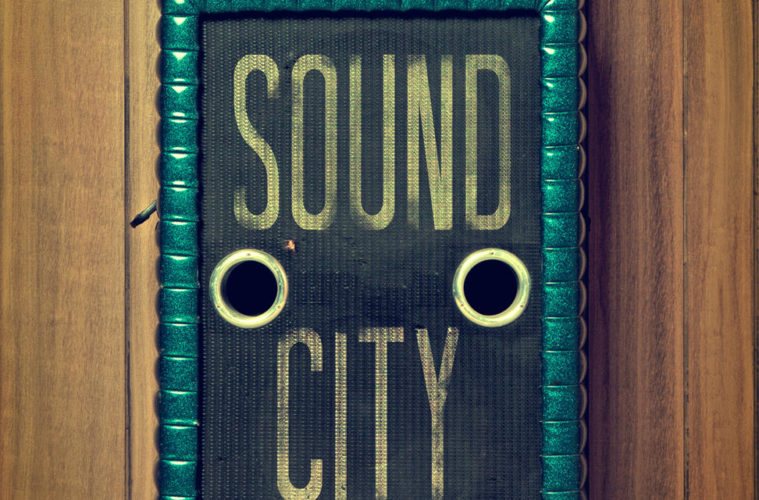 Two recording studios in two very different towns. One in Alabama, surrounded by thick ponds and dirt roads. The other surrounded by Hollywood, deep in the valley. One was ignited by Atlantic Records’ Jerry Wexler, the other saved by Nirvana. One is directed by Greg Camalier, the other by Dave Grohl. Both are first-time filmmakers, one of them is a rock star.

Muscle Shoals, Camalier’s feature documentary, focuses on FAME Studios in the titular Alabama town. The place is run by Rick Hall, a fascinating real-life character with an equal serving of personal tragedy and professional success. Engaging and determined, Hall anchors the doc as the life-force of his studio and the musical collaboration that stems from the space, which is deemed “magical” by more than a few landmark musicians.

From Aretha Franklin to Mick Jagger to Wilson Pickett, these icons speak of their experiences with excitement and vigor, responses that accent the quality interview style of Camalier. While he gets wonderfully entertaining answers from all of his subjects, he’s smart enough to let the camera linger on Keith Richards as he trails off on a mumbly tangent. He knows what his audience wants, and gives it to them.

Grohl’s doc Sound City shares the quantity of rock celebrity, but lacks the engaging anecdotes. The musician’s lack of experience behind the camera is painfully apparent, making editorial choices that feel bloated and repetitive. Subjects answer question multiple times while music cues muffle emotion rather egregiously. The subject is Sound City, a slummy recording studio in the valley that housed everyone from Stevie Nicks to Kurt Cobain. Stubborn to the core, the studio remained decidedly analog in the face of the digital revolution, closing its doors over a decade ago.

This is the focus of the first half of the doc, at least. The second half is devoted to Grohl’s “saving” the spirit of the studio by recording a bevy of new tracks with a slew of artists, some of them Sound City vets like Nicks, others just really famous and talented people like Paul McCartney. There is also a running debate about analog and digital recording, with many musicians complaining about how so many people can now make music and how most of them should not be doing so. It comes across as elitist and patronizing, the constant in-jokes Grohl offers up to his fellow “friends” only adding flame to the fire. The result is two overly-long short documentaries, both directed by someone too close to the subject to monitor himself. We can see how personal it is for Grohl, and that is to be admired. It’s a shame he can’t shift that feeling to his viewers. By the end of Muscle Shoals, there is a connection built to the town and its people. The musicians are one small piece of a bigger majesty. Hall and his studio remain at the forefront throughout, the narrative building to an emotional peak that involves the beautiful song “Patches,” by Clarence Carter, and its deep connection to the studio and its owner.

We are invited to enter a small, mystical world of good music and good people in Muscle Shoals. In Sound City, we are invited to watch famous people play music while they try to teach us a lesson about “good” music.