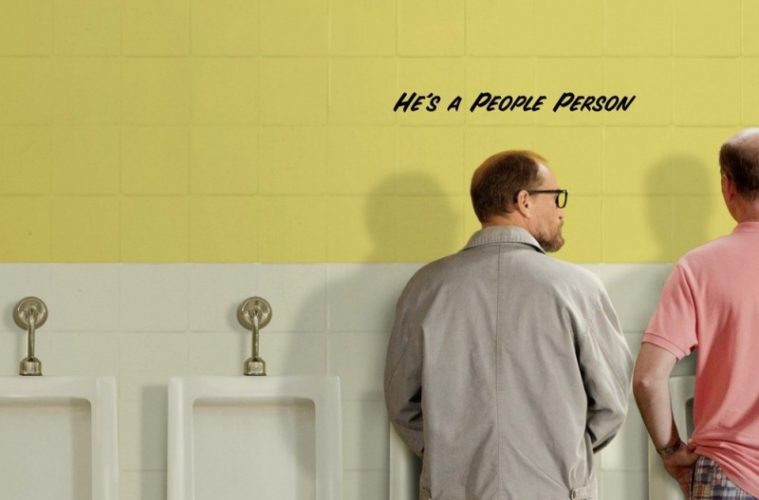 Sundance Review: Woody Harrelson Has the Time of His Life in ‘Wilson’

The world of Daniel Clowes is one without manners, glamour, and tact, but it is also one of uncomfortable truth, as scathing as it might be. One may have never verbally conveyed the discourteous musings of his characters to the extent to which it is their everyday vernacular, but we’ve all had similar thoughts when life isn’t going our way. The latest adaptation of his work comes with Wilson, directed by Craig Johnson (The Skeleton Twins), featuring a role Woody Harrelson is clearly having the time of his life with. Despite his commitment to a lack of civility, there’s a darker film lying in the cynical heart of Wilson, one that gets squandered by its mawkish aesthetic and lack of interest in exploring these characters beyond their crudeness.

Aside from his love for his terrier, the life of Wilson is one of loneliness, but in his eye, it’s due to the technology-obsessed population who are more concerned with work and entertainment than having a conversation. For he believes everyone has an interesting story if they would become more aware of their fellow man, and by doing so, have the opportunity to tell it. The means he goes about this, though, don’t exactly invite discussion, whether it’s sitting down at one of the few occupied tables at a restaurant where someone is at work or choosing the one seat on the train next to someone who is listening to headphones.

After an attempt at courting through slamming into the car of a romantic interest in hopes to exchange telephone numbers doesn’t work, an unexpected date leads him to the discovery of his estranged wife (Laura Dern, a delight here). Once leading a strung-out life of failure, she’s now getting back on track, working as a waitress a nearby restaurant, which is where Wilson tracks her down. After rekindling some of the spark they had many years prior, she reveals that the abortion Wilson believed she had never actually happened, and they have a now-teenage daughter close by, adopted by upper class, uninvolved parents.

Thus begins their journey of reconciliation and Johnson pulls no punches in shaping Wilson as an incorrigible irritant. Packing the societal honesty Harrelson brought to The Edge of Seventeen –– strangely, another film in which he plays a fatherly role to an awkward teen — and taking it to whole different level, his Wilson picks apart religion, obesity, sex, drug and alcohol abuse, beastility, and more. Due to the actor’s perpetual uncouth likability, he remains engaging through it all, but the same can’t be said for Johnson’s style.

The director’s visual approach to the material (along with cinematographer Frederick Elmes) is so light and indistinct throughout that a flavorless repetition eventually sets in. When it’s the umpteenth time that Wilson has encountered a stranger to berate, we might chuckle, but it rarely expands what we’ve gleaned about him from the first few scenes and Johnson visually treats every interaction identically. An unexpected time jump works well to throw the audience off guard, but with the veneer of the sort of feel-good indie that has been Fox Searchlight’s trademark, Wilson feels trapped in tonal conflict. One imagines if Wilson saw this film, he’d chastise it for being too plainly amiable and quickly move on to his next target.

Wilson premiered at the Sundance Film Festival and opens on March 24.