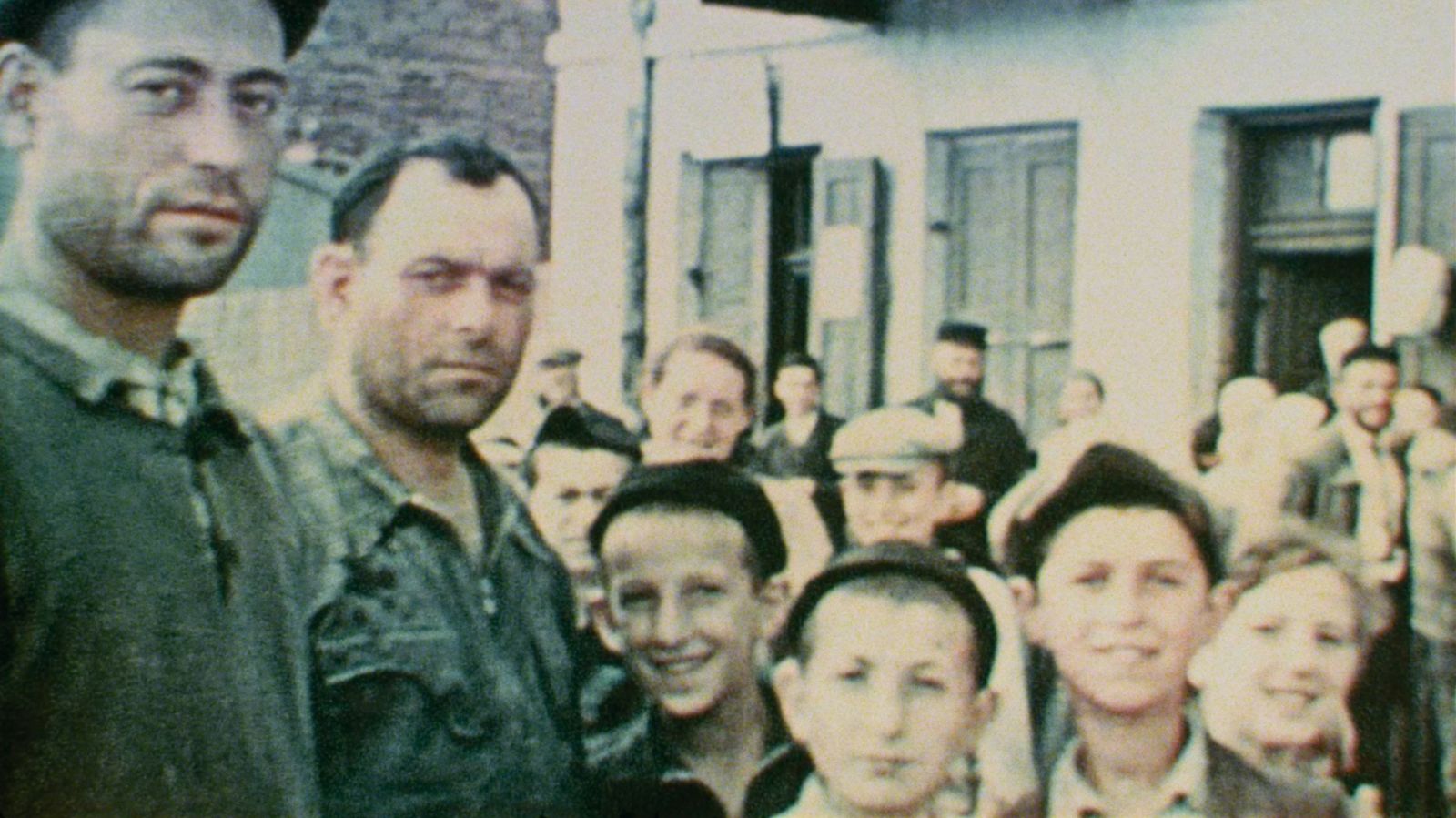 What can we glean from three minutes of film shot in 1938? This is the question driving Three Minutes — A Lengthening, an engaging essay film from director Bianca Stigter. Over a decade ago Glenn Kurtz recovered a 16mm film reel hiding in his parent’s house. It was footage his grandfather David Kurtz shot while on a European vacation in 1938. These three minutes photograph the mostly Jewish town of Nasielsk, Poland. By 1939, the Nazi occupation and their Holocaust would leave less than 100 surviving Jewish townspeople. In these brief, captured moments we see a flurry of faces. Who were these people? What lives did they lead?

Primarily relying on the three minutes of existing footage, Stigter and her collaborators investigate each frame as if it’s a Julio Cortázar short story. From the faces to the street signs to the banners atop the storefronts, everything is dissected. The brief 69-minute runtime moves fast, a slew of voices guiding us. Glenn Kurtz furnishes context of the discovery, select interviews from surviving town members and their kin offer the first (and second)-hand information, and Helena Bonham Carter provides existential consideration of it all.

Much of this recalls films by Bill Morrison, who does incredible work in the realm of archival, recovery, investigation, and consideration. Three Minutes — A Lengthening does all this, building a new piece of art from a near-extinguished roll of celluloid—it’s mentioned that, had the discovery been made one month later, the film would’ve most likely been unrecoverable. Pensive segments sit on one frame while Bonham Carter’s voiceover (written by Stigter) contemplates the lives within it. Of course there’s added tension with our knowledge as viewers in 2022. In mere months everything will change for every single person in Nasielsk. These images become foreboding, soulful, tragic.

Where the film sometimes loses its thread is in departing from source material, which is mercifully minimal. In particular, a 3D rendering of Nasielsk is provocative but mostly distracting. At just over an hour long, Three Minutes feels both over-extended and cut short. For what is covered and revealed it’s perhaps a few minutes too long. Yet it also feels incomplete. One wonders what another two years of research would yield. There is a striking story involving a young woman who is rescued from a synagogue by a young man (who’s recounting the tale). Then there is the narrative of the Kurtz’s vacation itself, the stop at Nasielsk a brief interlude. We see the interest and excitement from townspeople, most of whom presumably had not seen many cameras as fancy as David’s.

Too often do we take for granted the miraculousness of the moving image. Stigter’s creative extension and exploration of Kurtz’s film reminds us. What can we glean from three minutes of film shot in 1938? Plenty.

Three Minutes — A Lengthening screened at the 2022 Sundance Film Festival and opens this spring.