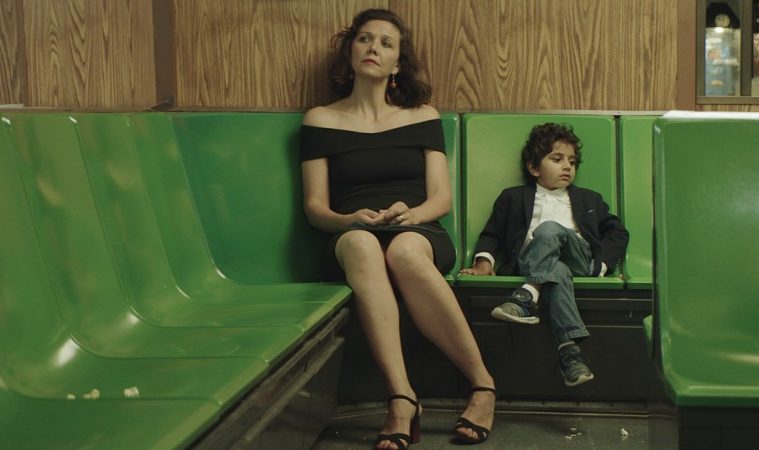 A remake of the Israeli film of the same name, Sara Colangelo’s The Kindergarten Teacher pulls no punches. It leans full-tilt into its disturbing premise: a veteran kindergarten teacher becomes obsessed with a young student who has a gift for poetry. Maggie Gyllenhaal stars as the titular teacher and is the perfect actress for something like this. She plays every moment starkly sincere, ultimately to a fault.

There’s a tonal problem running throughout this picture that’s hard to reconcile. Lisa Spinelli (Gyllenhaal) has been a teacher for twenty years, commuting into the city from Staten Island, where she’s got a husband (Michael Chernus) and two teenage kids. Still determined to be a poet, she takes a night class taught by Gael García Bernal.

Despite her best attempts, Lisa’s poetry is soundly dismissed by teacher and students alike. Cue 5-year old Jimmy Roy (Parker Sevak), a kindergartener with a savant-like ability to blurt out beautiful poems as it suits him. When Lisa begins to present his poems as her own in class, things start to spiral out of control. And boy how they spiral. Interesting as the theme of the fickle nature of talent and art may be, it’s played incredibly serious from start to finish. As Lisa embraces her obsession, the movie doesn’t seem to embrace the perverse comedy inherent in this strange situation. Too often do things feel like satire when the intention appears far more straightforward.

Gyllenhaal and Sevak build a strong, confused relationship in their scenes together, speaking to the deft hand Colangelo has with establishing characters and exploring burgeoning motivations. However, as Lisa’s one-on-one time with Jimmy increases and her behavior becomes preposterously suspicious, it becomes harder to justify the narrative. Too much happens without enough reaction from those on the edges of the action.

Surely the intention is to speak to the disconnectedness present in passionless, everyday life, but the theme does not play strong enough to suspend disbelief. That said, there are strong supporting turns from Chernus and Ajay Naidu as Jimmy’s neglectful father. Bernal doesn’t do much with his role, though he’s a welcome partisans. Perhaps the problem is that all of these people seem too smart to let something like this happen. And while The Kindergarten Teacher ends at the perfect moment following an extremely strong final ten minutes, it’s ultimately a muddled experience. But then maybe that’s part of the point.

The Kindergarten Teacher premiered at the Sundance Film Festival and hits Netflix on October 12.