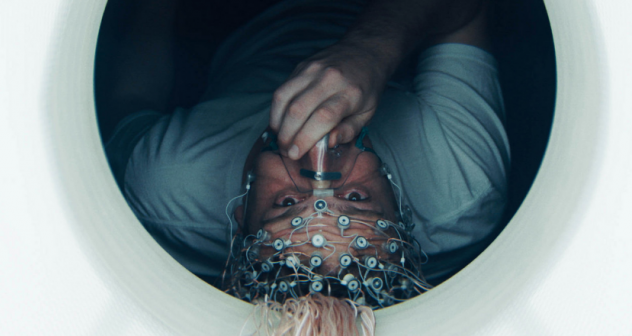 Sundance Review: ‘The Discovery’ is a Thrilling, Emotional Search for Life After Death

If you knew what was to come after death, would you live your life differently? Or would you want to live at all? These are but a few life-altering questions at the center of The Discovery, Charlie McDowell’s follow-up to The One I Love, another film which used the backdrop of a science-fiction premise as a playground for exploring universal emotional quandaries. While the director/co-writer’s skill at world-building has expanded, as has his cast, his second film retains a similar, welcome sense of relatability, favoring an emotional throughline over Primer-esque scientific explanation. There’s no greater human truth than death and McDowell uses this to fuel our imagination about what might await, doing so in a way that, like the best sci-fi, stimulates introspection on the part of the viewer.

It’s been two years since Doctor Thomas Harber (Robert Redford) revealed a scientific breakthrough that altered the world forever. Based on overwhelming evidence — but not definitive proof — he discovered that an afterlife exists, a concept only previously commonplace in that of the theological realm. The mere revelation was enough for over four million people (and counting) to take their own life. They know at least something awaits them on the other side, and for their sake, hopefully it’s a better life. This devastating result of a life’s work causes Harber to retreat to his secluded island home, which has been converted to his own laboratory, complete with workers who have been directly affected by the discovery, as well as his son Toby (Jesse Plemons). It’s not a cult, those running it insist, but it’s clear they all put their trust in Harber as he works towards clearly defining what awaits after death.

Searching for resolution after a family tragedy, Harber’s other son, the estranged Will (Jason Segel), boards a boat headed home to reunite with his father. On the way he meets the mysterious Isla (Rooney Mara), both of whom harbor past secrets that McDowell uses as dramatic threading to weave his carefully-constructed tale of loss. As Will and Isla begin to learn more about Thomas’ technological advancements when they land on the island, McDowell and co-writer Justin Lader impressively build out this psychologically taxing concept. Details such as patients treating a terminal cancer diagnosis as winning the lottery and morticians being worked to the bone due to the pile-up of corpses help to sell this grim near-future world. Death is everywhere, but amongst these unceasing reminders of eternal rest, there is also some humor to be found. “I’d rather stick my dick in a wood chipper than go to another fucking funeral,” wryly says Plemons’ Toby, who steals the show with his disheveled demeanor and comedic timing. Segel, who initially doesn’t bring much personality to the journey, eventually convincingly settles into his lead role, while a platinum blonde Mara deftly blends humor, romance and concealed pain in portraying Isla. With their developing relationship being the film’s most detailed, McDowell is sensible to not make their banter as gloomy as the set-up, conjuring a chemistry able to blossom in the bleakest of surroundings. Playing one of Thomas’ chief “employees” Lacy is an under-utilized Riley Keough, whose character falls victim to a touch too much foreshadowing, but she does have one of the most emotionally vulnerable scenes, standing toe-to-toe with Redford’s character.

Cinematographer Sturla Brandth Grøvlen (Rams, Victoria) brings a brisk, steely aesthetic, fitting for the Rhode Island locale while Danny Bensi and Saunder Jurriaans offer a Punch Drunk Love-esque cavalcade of strings and piano as the thriller elements kick in. Like McDowell’s last feature, part of the pleasure in his original sci-fi is not disclosing how this evolves to a thriller, but suffice to say, the director is keen in making sure the film’s various backstories converge in dramatically poignant fashion. By concurrently threading the needle of both the hereafter and emotional breakthroughs for our characters, it can make the plot schematics feel too tidy in their construction, but the journey in finding how these elements fit together is never less than engrossing.

The Discovery premiered at Sundance Film Festival and will be released by Netflix on March 31.