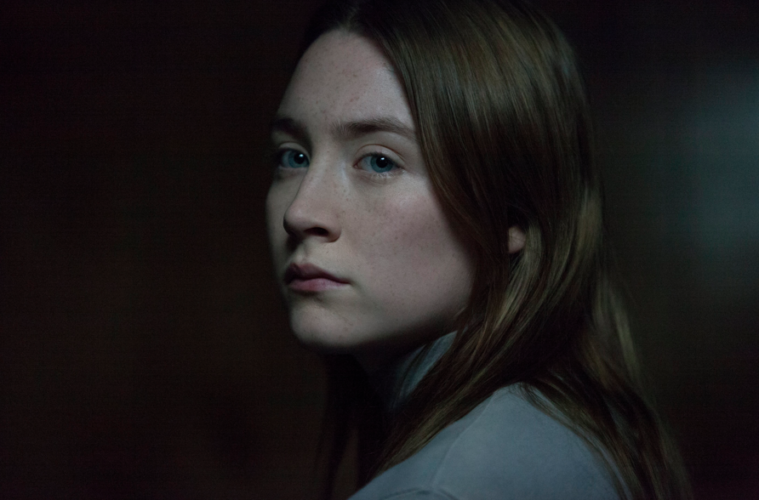 You can’t fault writer/director Nikole Beckwith for a lack of trying. Stockholm, Pennsylvania – starring Saoirse Ronan, Cynthia Nixon and Jason Isaacs – dives headfirst into the psychology of Stockholm Syndrome with a raw first few scenes. That it ultimately drowns underneath its ideas is a shame.

Stockholm focuses on Leann (Ronan), a young woman whose just been returned home to her parents Marcy and Glen (Nixon and David Warshofsky) after being held captive for nearly 20 years by a man named Ben McKay (Isaacs). What’s meant to be a joyous reunion quickly reveals itself to be far more complicated. Leann, who insists her name is Leia, was kidnapped when she was four years old, and remembers nothing of her parents or the world she was born into. The only place she knows is the basement McKay raised her in, something her mother is determined to eradicate from existence.

It’s a fascinating premise, and for a while Stockholm feels fresh in the very honest, very brutal way it handles all of the emotional dynamics that collide: Leann/Leia’s attachment to Ben, Marcy’s desire to be loved by her daughter, Glen’s hope for some semblance of normalcy, etc. Ronan, an extremely-talented actress who proves her dynamism as a performer time and time again, excels here as a victim who doesn’t quite understand what the word victim means. Her struggle to exert independence while knowing nothing of how the world works is tragic to watch. As tension builds between Leann and Marcy, we learn more about the young woman’s life with McKay through flashbacks. Isaacs is very strong in this small role, creating a monster that feels scarily real.

Sadly, the film makes a decision at the halfway point, without much warning, that derails any and all good will built up in the first hour. It’s certainly a bold turn by Beckwith, but one that isn’t earned or alluded to in any way real way, playing as something more at home in a B-horror movie than in the second-half of a serious drama. Nixon, who does good work as the tortured Marcy, tries her best in the roll of mother-as-kidnapper, but the very literal metaphor plays as silly, betraying the character we were introduced to in the film’s first act. This all leads to a finale that feels cheap and simple.

A provocative subject deserves a provocative platform. And while Stockholm, Pennsylvania is certainly provocative, it could stand to be a bit smarter.