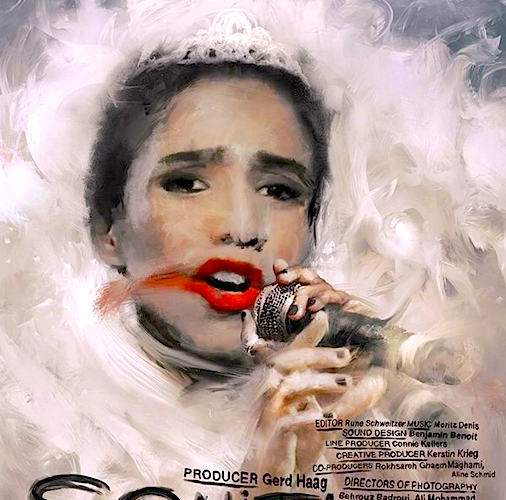 Sonita Alizadeh is a social media sensation, her music and life story having made her a cause celebre of the progressive blogosphere. A teenage female Afghan rapper who also campaigns against forced marriage, she was able to avoid being sold into marriage at 16 by raising support via a music video. In other words, she’s already accomplished much more than many of us, and is thus quite worthy of a documentary.

Generally, though, docs about such subjects made so soon after they come into prominence (Alizadeh started making headlines less than a year before this premiered at the International Documentary Filmfestival Rotterdam) are embarrassing rush jobs (see last year’s Malala Yousafzai film; or don’t). Sonita, however, comes via unusual circumstance. The reason it could come out so soon after its main character started grabbing attention is that it was being made before anyone knew who she was. More than that, director Rokhsareh Maghami actually played an active part in her subject’s rise.

Sonita will likely set documentary ethicists buzzing more than any other film at this year’s Sundance. Maghami openly confesses her own struggle over whether she should step in to lend Alizadeh a hand when she’s in a tough spot. In fact, the camera is an acknowledged player in the proceedings, for the film opens with Alizadeh scolding her young niece to stop blowing bubbles at it. When Maghami sits with Alizadeh as she lies in bed, right around the time most will be wondering “How constructed is this scene?,” she tells Maghami to shut the camera off because she wants to remove her hijab and go to sleep. It seems appropriate that a performer who entered the spotlight via YouTube is so comfortable with the lens.

Alizadeh’s media consciousness extends beyond mere millennial hyper-connectivity, though. Having grown up in Afghanistan and living in Iran at the time of the doc’s filming, she’s aware of the perilous behavioral pommel that must be maneuvered. She’s a rapper living in a country that forbids women from singing publicly. She asks Maghami to shutter her lens before removing the hijab because she doesn’t want to risk appearing without it on film (a fear that gets a subtle but uplifting payoff at film’s end). And personal trepidation about her status in life turns out to be merited. Having already nearly been sold into marriage when she was 10, Alizadeh’s mother calls for her to return to Afghanistan so that she can marry — all while the cameras roll. Fascinatingly, Sonita is in part a document of Alizadeh using the film itself to her own end, appealing to Maghami to break “the rules” and intervene.

And she does, both buying off Alizadeh’s mother to postpone the marriage plan and shooting her music video. Alizadeh makes it a habit to teach other girls to rap as a way of working out their personal frustrations, but it’s this move that truly drives in the idea of empowerment through art. It’s a hackneyed theme, but it’s always nice to be reminded that a seemingly impossible ideal can in fact have real-world merit.