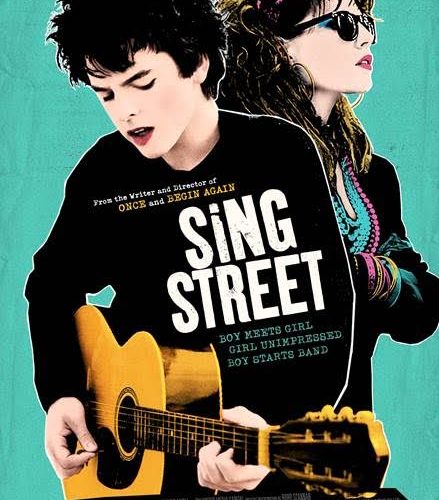 Returning to Sundance after breaking out with his Oscar-winning, shoe-string romance musical Once, director John Carney is back on a victory tour of sorts with Sing Street. Imbuing the same love for music its emotional highs, this is a film more earnest in its pleasure-giving than his last feature, Begin Again. While the structure can be a touch too formulaic, it’s difficult to resist getting swept up in the music and its modest ambitions, for his new musical is acutely attuned to being a crowd-pleaser in all the right ways.

In a lower-class area of Dublin circa 1985, we follow Conor (Ferdia Walsh-Peelo), a teenager whose school has just been downgraded so his parents can free up some money. He’s now forced to attend the local Catholic school Synge Street, which is full of a rough bunch and teachers that could care less about the kids — where a student as intelligent as Conor doesn’t quite fit in. Until he forms a band, that is, the catalyst for which is that of many a band before it: getting the girl. One day after school, Conor sees the beguiling Raphina (Lucy Boynton), a self-described model with aspirations to move to London, from across the street and sheepishly convinces her to be part of the music video for his band.

The only problem is that there is no band. So Conor wrangles together a motley bunch of outcasts and Sing Street is formed, beginning their quest for fame — at least in their small section of town, for now. Conor writes the lyrics, influenced by his perhaps unrequited infatuation with Raphina, as well as his music-obsessed stoner brother, Brendan (a long-haired Jack Reynor), arguably the best relationship depicted in the film. “This is school,” he tells his younger brother, showing off his massive vinyl collection. As Conor becomes familiar with different genres of music, these tastes are not only reflected in the band’s sound, but also their appearance. Quick smash cuts as they enter school in wardrobes modeled after Duran Duran, Spandau Ballet, and The Cure make for some of the film’s more enjoyable gags.

Carney knows just how vital music can be in selling both the drama and comedy. As Conor’s parents (Aiden Gillan and Maria Doyle Kennedy) get into their seemingly nightly fighting match upstairs, their kids distract themselves by having a blissful, moving dance downstairs. One of the best sequences finds Conor on stage performing, imagining what his idealistic life would be with getting the girl, seeing his parents’ marriage healed, his brother making something of himself, and a crowd that adores his music.

While Sing Street is often infectious its its scraggly energy, one wishes Conor’s other band members were slightly more fleshed-out, which would make their already-absorbing performances sing even more. A perfect double feature with the Lukas Moodysson’s recent We Are the Best!, Sing Street doesn’t reach the personality or emotional highs of that feature, but it is a fast-paced, entertaining ode to the healing power of music with its heart in the right place.

Sing Street premiered at the 2016 Sundance Film Festival and opens on April 15th.