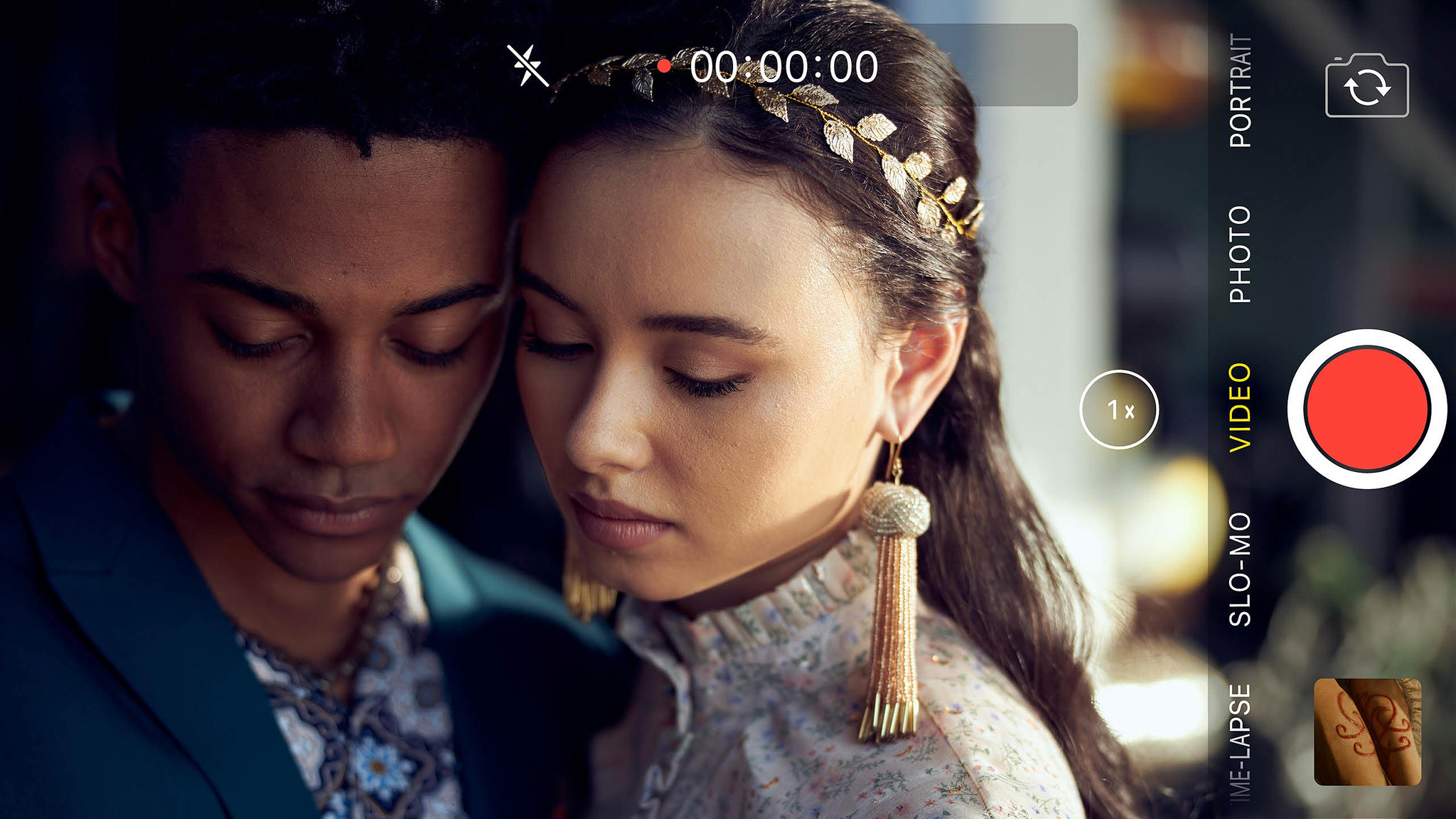 What if, instead of meeting on a balcony by moonlight, Romeo and Juliet exchanged dog gifs and memes from The Office over Instagram DMs? Wouldn’t it have been more dramatically powerful if Mercutio had raged “a plague on both your houses” into FaceTime? Thanks to Carey Williams’ R#J, we can now definitively answer those questions with “no thanks” and “it wouldn’t.” The film reimagines Shakespeare’s iconic play as a Screen Life film—meaning it’s told entirely through mobile phone screens, starting with the opening shot, where the rival Capulet and Montague families are introduced via their Insta story circles. Retelling Romeo and Juliet through social media apps had the potential to say a lot about the play’s themes of miscommunication, but instead of mining richness from the material, Williams’s use of Screen Life is nothing but cheap pandering to “the teens.”

The programmer who introduced the film at Sundance called it “possibly the most current film in the programme,” but I’d argue that R#J is only current in its aesthetics, not its content. We’re introduced to Romeo (Camaron Engels) and Juliet (Francesca Noel) via the video cameras on their phones, their faces shot through a dreamy Instagram filter. In Juliet’s case, it feels uncomfortably like objectification, as we see her flaunting around her room and not speaking, and then, when we next meet her, she’s just in her underwear. They’re both young, beautiful, and killing the Instagram game, and Williams (and the film’s two other screenwriters) don’t seem interested in who they are beyond that.

The film’s approach to using Shakespeare’s original language is muddled, too. When characters speak aloud, they use the original text, and on the whole, the cast does a decent job of animating the words and making them feel dynamic. But when characters message online, they (mostly) use casual text speak. It’s jarring, and it means it’s difficult to get a hold on anyone’s relationships, because they’re constantly shifting how they communicate. This is supposed to be a love story, but Romeo and Juliet’s connection never feels coherent.

Romeo and Juliet is one of Shakespeare’s most consistently misinterpreted plays, but R#J is somehow a worse offender than most. Often told as a tragic story of true love cut short, Romeo and Juliet is really, at its heart, about two horny teenagers who are so giddily infatuated that they get married and then kill themselves after knowing each other for a few days. The social media setting might seem to lend itself to the latter reading, but Williams plays the whole thing with such utter sincerity, leading up to a totally baffling ending. He changes Shakespeare’s finale, removing the tragedy, and positioning Romeo and Juliet as the smartest characters in the film who were one step ahead of everyone else all along. It flattens the text of its richness, resulting in a film that’s as shallow as the adults who made it seem to think teens on social media are.

Beyond how R#J fails as an adaptation of Shakespeare’s play, it also falls short as a Screen Life film. Others films in the fledgling genre, like Searching, Host, or Face 2 Face, make creative use of screen space, typically allowing us to see the entire screen that the characters can see, and sometimes zooming in on certain areas. Curiously, R#J is mostly presented in a 4:3 aspect ratio, and occasionally in widescreen, both of which are far from the shape of a mobile phone. There is never a moment where we get to see the full phone screen that the characters themselves are looking at. It feels lazy how Williams is constantly directing our eye to the most important part of the screen, never allowing us to find it ourselves, even just for a brief establishing shot at the beginning of a scene.

So what is the purpose of R#J? Does it exist so that English teachers can play it for classes of bored teens, in desperate hope that they’ll take an interest in Shakespeare? Was it a failed Quibi pitch that somehow got picked up by the Sundance Film Festival? Simply because you have an idea that could be a film, that doesn’t mean that it should be a film; that’s a mantra that should be considered long and hard by any filmmaker attempting to ‘modernize’ Shakespeare. R#J stands as a warning of how wrong it can go when you try.