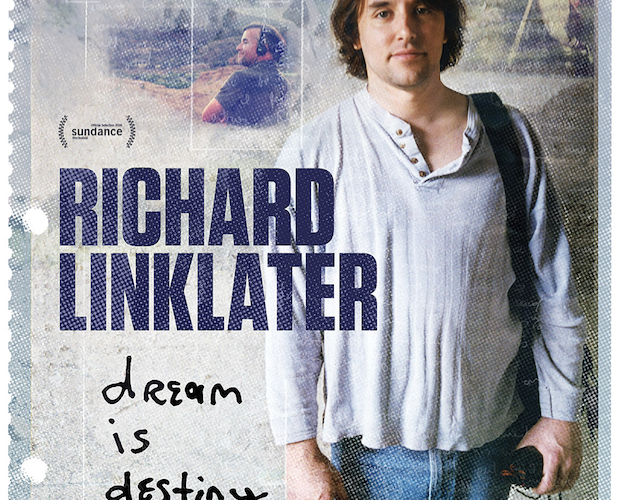 Premiering at Sundance 25 years after his seminal second feature film, Slacker, Richard Linklater: Dream is Destiny, produced for the PBS series American Masters, is the kind of documentary that requires little introduction. Borrowing its title from the opening moments of his Waking Life — a film that itself represented a rebirth for the Austin-based filmmaker following his second studio feature The Newton Boys — and combining behind-the-scenes footage from many of Linklater’s films (from Slacker to his upcoming Everybody Wants Some) with a history of Austin’s independent film scene, as developed by Linklater and the Austin Film Society, the picture reflectively weaves together a history of a master filmmaker whose work is squarely interested in the passage of time. The picture includes commentary by the late Siskel and Ebert, along with critic / scholar Kent Jones and, very briefly, Kevin Smith.

Directed by Louis Black (SXSW and Austin Chronicle founder) and Karen Bernstein, the film is as humble and folksy as Linklater, chronicling his work as programmer, collaborator, and filmmaker as AFS builds Austin’s film scene. Initially finding freedom in downtown Austin to lay dolly track without permission, the film begins tracing the cultural impact of Slacker, a freeform project that grew out of earlier collaborations including Woodshock (1985) – credited as a “film attempt” by Richard Linklater and Lee Daniel.

Black and Bernstein allow us privileged access into the world of Linklater, from a private estate which functions as a sanctuary for his work (he calls it a low-rent version of the Skywalker Ranch) to candid conversations with Black. We learn Linklater, the son of rural Texas, quit college to work on an oil rig, inspired by Henry David Thoreau, and he went through a period of accounting for every penny spent — most of which goes towards movies, Pepsi, gas, and rent.

Despite moving to Austin in the mid ’80s as a stepping-stone to New York City, he never left, embracing the outsider industry making work, as Black theorizes, that feeds off Austin’s music scene. Offering a non-linear examination of most of his work — though, curiously, SubUrbia is largely missing — the film mixes new interviews and prior talk show appearances, ranging from Austin public television to Charlie Rose. Amongst the interviewees offering commentary are frequent collaborators editor Sandra Adair, producer / sales agent John Sloss, and actors Jack Black, Matthew McConaughey, Julie Delpy, and Ethan Hawke.

The issue, perhaps, is that a still-active career is a difficult one to speak of without the benefit of that last, definitive film. Boyhood, if he had dropped the mic and changed professions, could certainly be considered a career capstone. Linklater seems to have many more interesting films and, one hopes, cycles of filmmaking. (I have no doubt he will continue to reinvent himself as he had through digital video upon releasing both Waking Life and Tape in 2001.)

A tribute to a humble and fascinating man, Richard Linklater: Dream is Destiny offers some unique insight — though for followers of Linklater’s career from his first feature It’s Impossible to Learn to Plow by Reading Books, the film may offer very little new window into the man. It’s certainly not impossible to discover Linklater through the trove of biographical information that exists, but it is impossible to make a definitive film about a towering cinematic master. Dream is Destiny may employ too many styles and approaches when something a bit more conversational might have been more fitting.

Richard Linklater: Dream is Destiny premiered at the 2016 Sundance Film Festival and opens on August 5.