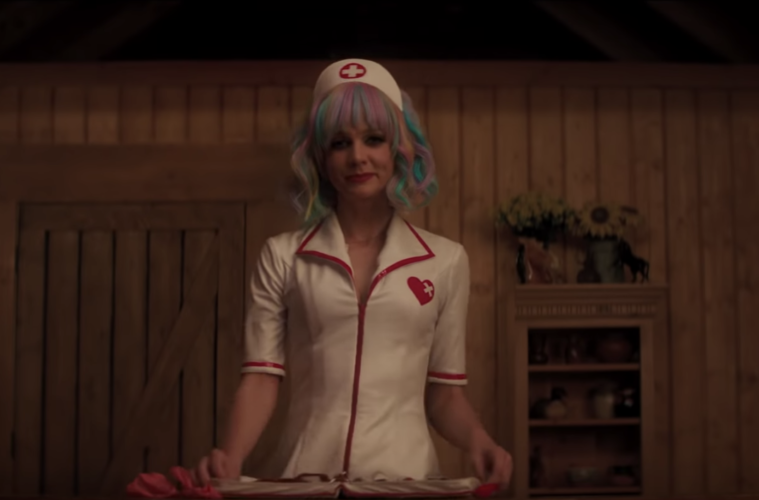 So much of what makes Promising Young Woman work so well is in what’s not on screen. Far more contemplative than initial marketing might suggest, this is a revenge fantasy only in the simplest of terms. Where one might expect violence as a form of therapy, there is instead a brutal examination of societal norms that allow men to be evil.

Written and directed by Emerald Fennell, the plot concerns Cassie (Carey Mulligan), a 30-year old barista and med school dropout. Every week, she goes to a local watering hole and pretends to be drunk. Before long, a “nice guy” takes an interest, asking if he can help. Once they’re alone, each man attempts to sexually assault her, at which point Cassie reveals herself to be sober as a church mouse. What happens next is a form of calculated, deserved retribution.

This is one of those rare films that is fun on a wish-fulfillment level and devastating on another level altogether. As Cassie dispenses her lessons to these men, we must reckon with the truth of the narrative: this is normal. The things Cassie confronts are defining aspects of a patriarchal system designed to doubt female victims and forgive the “mistakes” of males.

Mulligan has been an all-star from the beginning, and this feels like a role that was waiting for her. Along with a thousand costume changes and voice modulations comes a fractured creation that both speaks to the ongoing empowerment of women and the never-ending dread they must reckon with. Consider a scene in which one of Cassie’s marks says that what is happening is “every man’s worst nightmare.” She responds calmly: “Can you guess what every woman’s worst nightmare is?”

Granted, some of what happens in Promising Young Woman may feel obvious. Some plot twists are telegraphed quite clearly, while others play like a shock to the system. In a way, this is an additional credit to the filmmakers. Viewers will get what they’ve been promised, plus a bit more.

For all the “messages” this film might dig into throughout, it never preaches to its audience. Promising Young Woman is always entertaining and it will linger for a long, long time.