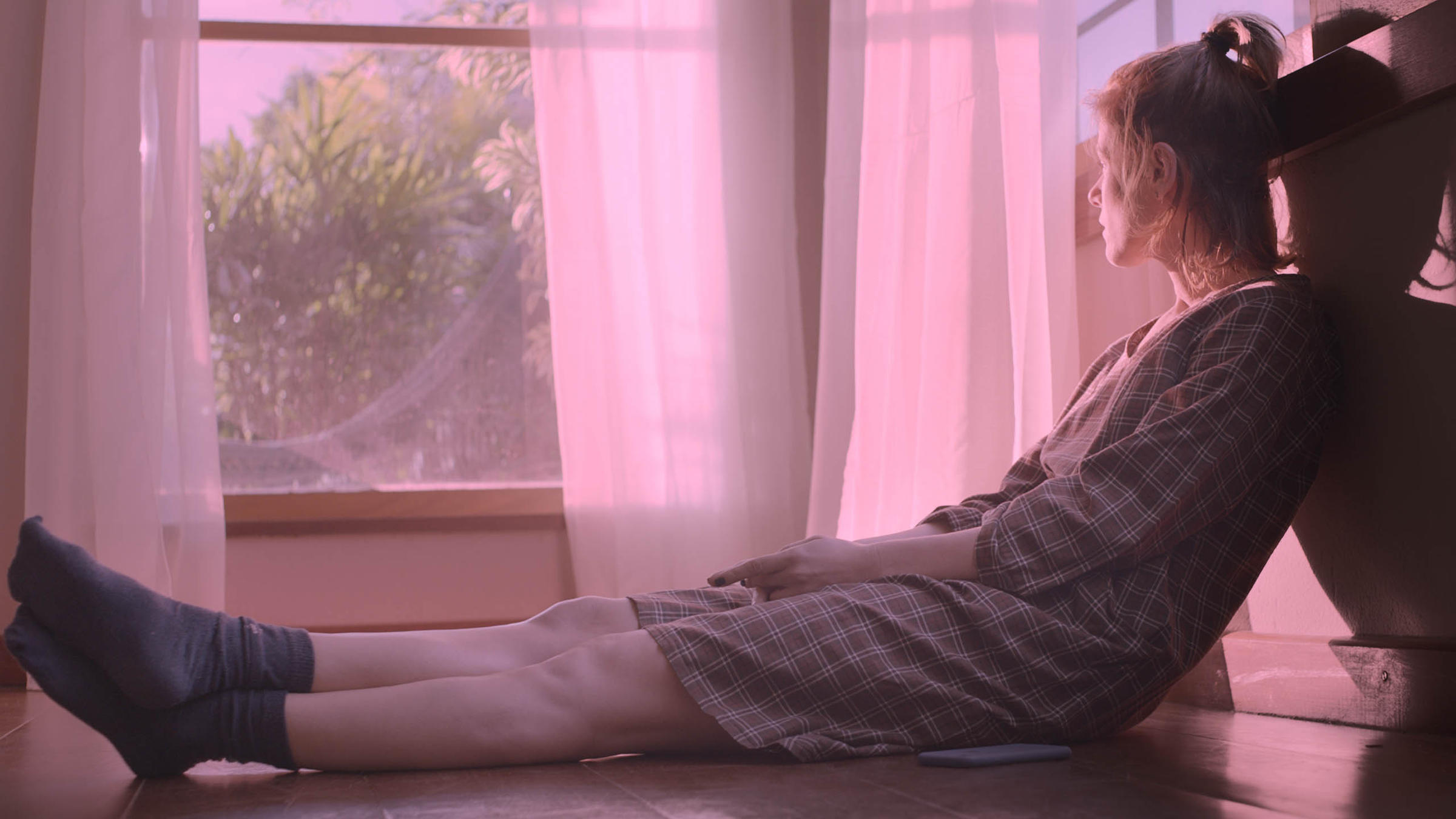 Iuli Gerbase’s The Pink Cloud starts off with a disclaimer: “This film was written in 2017 and shot in 2019. Any resemblance to real life is purely coincidental.” Indeed, it doesn’t take long before the uncanny connections between Gerbase’s film and the real-life COVID-19 pandemic become quite unsettlingly clear, in what feels like the simultaneously most accurate and most dystopic depiction of life during a pandemic (namely, during lockdowns of the first part of 2020). In her feature directorial debut, Gerbase’s confident filmmaking intertwined with an all-too-affecting tale of contagion isolation coalesce into a disturbing story of unending, inescapable seclusion on a much larger scale than our initial coronavirus lockdowns. The Pink Cloud suffocatingly explores what it means to live in a world that no longer exists beyond what we artificially create for ourselves, the consequences of extended loneliness, and the capabilities of human adaptation.

In Brazil and all over the world, a mysterious pink cloud has descended into the atmosphere. Very little is known about the cloud and its substance other than that humans allegedly die after exposure to it in only 10 seconds. So, when an air raid siren sounds and ominous announcement alerts Giovana (Renata de Lélis) and Yago (Eduardo Mendonça) that everyone must shelter-in-place, the party-goers who only met the previous night and shared a one night stand are now forced into isolation together at Giovana’s apartment for an indeterminate amount of time. This is the state of the lockdowns worldwide: wherever anyone is already stationed at during the time of the shelter-in-place alert, that is where they’re now to remain, be it a grocery store, a friend’s house, or a train station. Nobody can leave shelters for fear of exposure to the gas. They can’t go to the store, they can’t take a walk in the park, they can’t “socially distance” with friends. For as long as the cloud hangs forebodingly in the sky, existence has been relegated exclusively indoors.

Giovana maintains communication with her kid sister, whose sleepover party with a group of friends supervised by the one girl’s father has now become permanent, and her sister’s admittance of the father’s stranglehold on food rations is a worrying sign. Giovana also keeps contact with a friend, whose solitary isolation in her own home proves more burdensome by the day. Yago, meanwhile, interacts virtually with his elderly father, under the care of nurse Diego, and who proclaims early on a discomforting desire to murder Diego due to his perceived annoyance. Tubes are eventually installed via drones onto the windows of citizens’ shelters, so that food, necessities, and luxuries as well, may be delivered to everyone in need.

It’s eerie to hear characters speak about and react to the circumstances of the pink cloud––on the whole, it’s sentiments that were echoed for real, back in March of 2020. Characters assure one another that the cloud will go away soon, and that everything will go back to normal. They listen to a news anchor explain how the streets have been emptied of people to preserve life, they video chat with friends and family and initially enjoy this “time off” from the real world. Then, they begin adjusting to working from home. And they also begin to unravel slowly from loneliness, falling victim to the real-life phenomena of “doomscrolling.” But for Giovana and Yago, and everyone within the world of The Pink Cloud, isolation has no end in sight. They must adjust the circumstances of their reality to fit within this new, highly modified world––in many cases, as with Giovana and Yago, learning to live their lives with someone who had only recently been a stranger. And as time goes on and desires to move on within their little worlds run deep, Giovana in particular struggles with a loss of autonomy. She is forced to make sacrifices to compromise with Yago’s desires for his own life to flourish within the pink cloud, so that they may together find some mutual happiness.

Humans are able to adapt––evident not only from the events within the film, but in our COVID-stricken world as well––but adaptation has its limits, and in The Pink Cloud the test becomes whether it is worth it to keep living “comfortably” in such a bastardized version of life. As the years go on and on, and the cloud remains, Yago becomes accustomed to life with the cloud and even admits to liking it, but Giovana cannot let go of the memory of the freedom she once had––of the expanse and beauty and real love that exists beyond the confines of her apartment, and she falls into virtual reality to quench her desperate thirst. In a way, the film is almost an accidental reinforcement for the case of anti-maskers––that it’s better to live with the risk rather than be controlled by the government in a highly compromised life. But if that result is lethal, is it worth it to leave what you’ve created behind? What is each version of life truly worth?

Considering the film was conceived before the controversies of the coronavirus came to pass, it depicts a pandemic world far more jeopardized than our own. The achingly paced events of The Pink Cloud do overstay some of their welcome within the 100-minute runtime, though it’s difficult to determine whether it’s a pacing issue in and of itself or simply symptomatic of the film’s intentionally stifling nature. Brutally tense, it becomes not only a test of what humans can do to adapt, but what humans are capable of when forced into such an urgent situation––a far cry from the world we live in today, but not less than a deeply reverberating echo.