Sundance Review: Mother Schmuckers is an Irreverent Exercise in Provocation Without Pathos 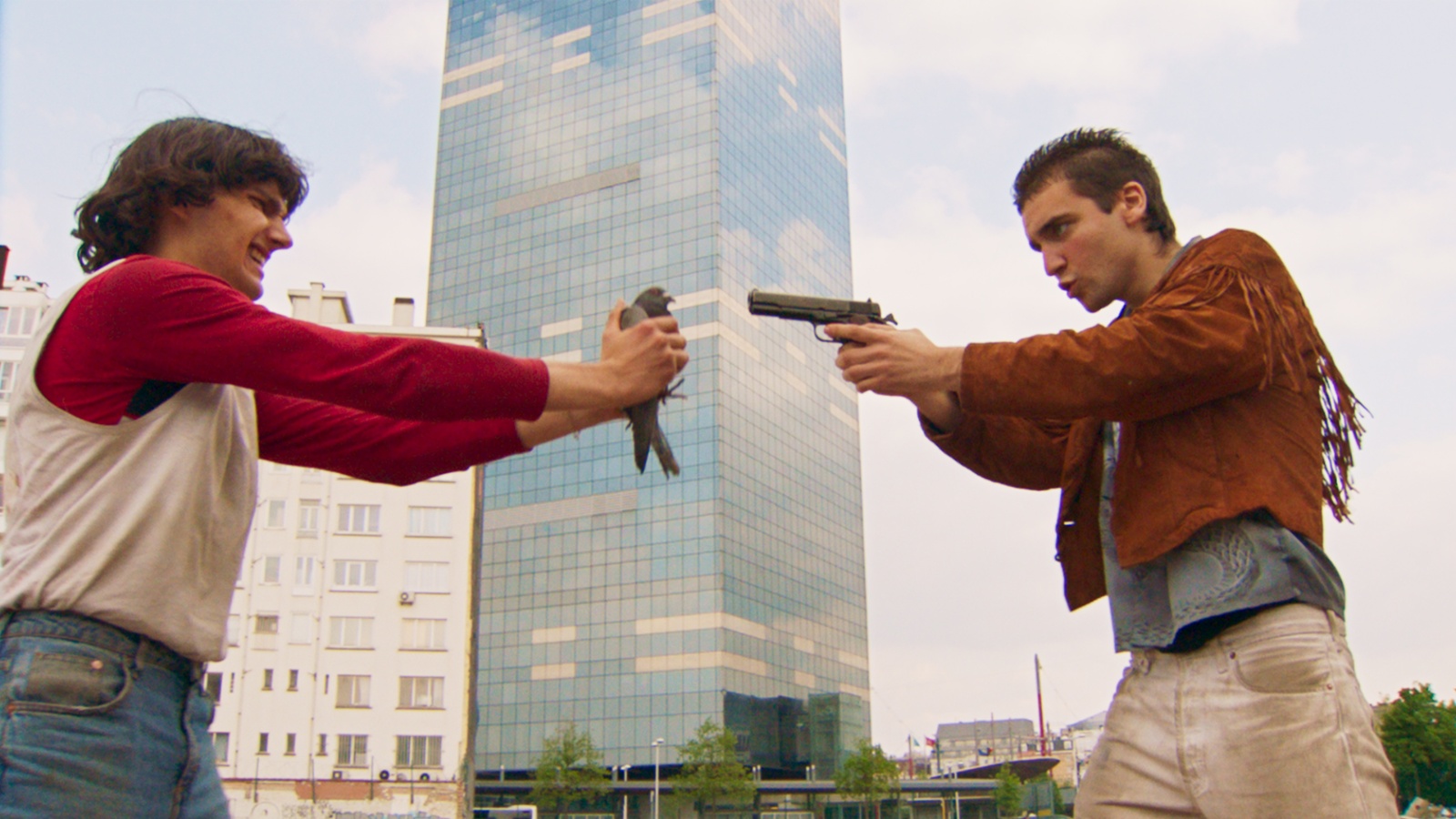 In their debut feature film, directing duo Harpo and Lenny Guit craft a narrative unlike any other. Mother Schmuckers (Fils de Plouc in their native French) opens by flinging the audience helplessly into an obscene sequence involving a frying pan full of feces, and what follows manages to become far more vile. The film chronicles the exploits of dim siblings Issachar (Maxi Delmelle) and Zabulon (Harpo Guit), a pair of man-children that would give every single Adam Sandler incarnation a run for his money. The wretched pair spends their time cavorting around Brussels making one scenario of mischief to the next, without giving themselves, or the audience, much time to breathe in between. And while Mother Schmuckers may hit a sweet spot for fans of the delightfully vulgar and distasteful, it reads mostly as a film aiming only to provoke.

The plot is as follows: while out searching haplessly for something to eat, with their mom’s precious dog January Jack in tow, the brothers lose Jack and are tasked with finding him before their irate, wayward mother Cashmere (Claire Bodson) kicks them out of her apartment. Shortly after, their mother goes missing, skipping out on her work as a prostitute and hiding from her enraged madame, Violeta (Chaïda Chaddy Suku Suku). The film is equal parts clever, cheeky, and exceedingly frustrating. The narrative is flimsy and serves more to bring our anti-heroes from one silly situation––and provocation––to the next. In an early scene, one of the brothers pull his pants down to reveal his bare ass and farts directly into a man’s face; in another, the brothers use the handgun they borrow from their friend to try and murder a pigeon to eat; in another, a squabble with a homeless man ends with the man accidentally shot, left with a comically gaping, gory hole in his palm. And the second and third acts include two equally heinous set-ups involving bestiality and necrophilia that might’ve made it onto episodes of It’s Always Sunny in Philadelphia.

Charming in its loose, DIY, low-budget atmosphere and emphasis on wholly irredeemable characters getting themselves into largely filthy and/or inane situations, much of the film and its camerawork ends up echoing the aforementioned Sunny in general––which is mostly to its credit. Indeed, the 70-minute feature plays out like a long, X-rated sitcom episode. What the film falls short on, however––that the hit FX series has expertly mastered––is knowing to imbue the proper amount of pathos to render unlikeable characters entirely empathetic. The cretins of Sunny are repugnant people, but their individual circumstances keep them marginally human. Adam Sandler’s protagonists, no matter how childish, are pitiable underdogs. Issachar and Zabulon, on the other hand, are immoral caricatures, lacking in qualities that would allow us to enjoy embarking on a warped hero’s journey alongside such antiheroes.

But it’s not as if the film doesn’t try to make the foolish brothers somewhat less of Looney Tunes characters. Their mother is seemingly forced into prostitution against her will, where she’s pursued relentlessly by a john who maintains a bizarre fixation on her, and she lives in near-squalor with the brothers to the point where they have to go out and try to steal and kill in order to eat. There’s even a sequence in which the brothers longingly gaze through a restaurant window at a happy family eating dinner together. Ultimately, Mother Schmuckers doesn’t quite properly balance these darker aspects with the film’s irreverent, devil-may-care tone, and they instead come off as awkward and inconsistent as opposed to engendering sympathy.

Thus, Mother Schmuckers ends up an exhausting endeavor being dragged along by two goofballs into situations that might otherwise prove comical, but are hindered by the protagonists’ own unlikability. And, sometimes, it’s unclear if certain scenes are actually unfunny, or if there’s something being lost in translation. However, the film is never boring, though the frantically paced narrative is often muddled by its own zealous energy, its excitement in getting our ragtag team to the next impractical circumstance overpowering almost everything else. While not an overall assured effort, the Guit brothers’ first feature does offer a glimpse at unique, new voices attempting to push boundaries (buttons?) in filmmaking. Making audiences feel disgust is one of my favorite things a film can do––but it shouldn’t be the only thing.