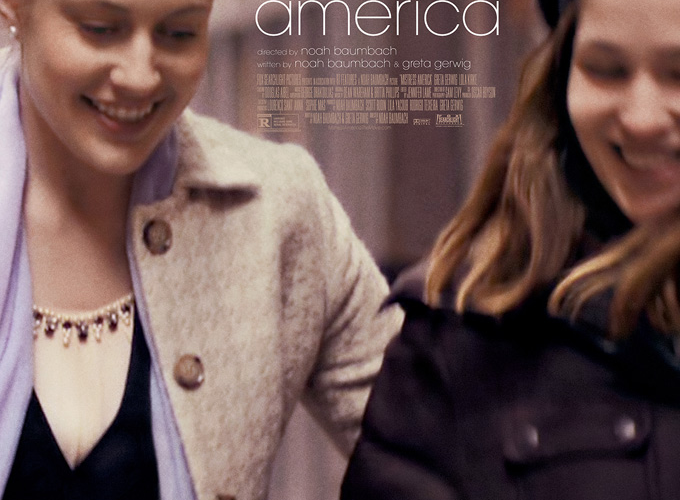 Something happened to Noah Baumbach. The writer-director behind Greenberg, Margot at the Wedding, and The Squid in the Whale never once pulled a punch as a storyteller, telling honest and emotional stories. What’s great about his more cringe-inducing work is that, underneath all the pain, there’s still a sense of optimism; Baumbach truly roots for his characters to pull their lives together. Now, after Frances Ha, While We’re Young, and Mistress America, the director has a new demeanor; he’s making genuinely happy movies. “Warm” and “fuzzy” aren’t exactly labels associated with Baumbach’s past work, but apparently he does the two exceedingly well. If this new Baumbach is here to stay, he’s more than welcome to stick around.

Mistress America is somewhat of a sister film to Greenberg: it’s about accepting the life you didn’t plan on. Brooke (Greta Gerwig) is a woman in her late 20s, and she envisioned a richer life than the one she has. She’s somebody with good ideas, but never has the will to follow through on them. Her latest dream is to open a fairly preposterous restaurant, but one full of love. Most of the people in her life don’t take her very seriously, at least until she meets her soon-to-be stepsister, Tracy (Lola Kirke). A lonely college freshman new to the city, she rings up Brooke after her mom suggests the two get together. Brooke and Tracy quickly become inseparable. Tracy looks up to this mess of a woman, inspired by her life and troubles enough to write a short story about her. Mistress America is an old-fashioned screwball comedy of sorts: well-meaning, packed with snappy dialogue, and not a mean-spirited bone in its body. Nobody is out to hurt anybody in this movie, nor does it have to poke fun at anyone for laughs. Baumbach and Gerwig let the characters behavior provide the jokes, and Gerwig, in particular, is a joke machine. Not a single delivery or piece of physical comedy misses the mark. Like Tracy tells Brooke, she’s funny because she doesn’t know it — and that is the best kind of funny. Plus, there’s an Apocalypto joke thrown in, which proves that the film’s wonderful sense of humor is indisputable.

This is the kind of story that sends one out of the theater with a smile on their face, thanks to a pack of enchanting characters and a pleasant moral. Brooke and Tracy embrace each other, especially for their flaws. Tracy and Mistress America celebrates Brooke’s messiness; it’s what defines her. Brooke learning to embrace her problems isn’t exacting inspiring — who doesn’t want to improve? — but it’s a sweet, fresh and honest look at accepting you’re never going to be Miss America. The ensemble Baumbach put together is terrific. A sizable chunk of the film takes place in one house, with everyone running around, bickering and joking as if they’re in a Peter Bogdanovich movie. This kind of banter is rare in comedy these days, but the cast and Baumbach time almost every joke to perfection. The quickness of the film, especially in that house, is only a few degrees away from being overwhelming, but Baumbach and Gerwig know exactly when to pullback.

If there’s one joke and a part of the film that doesn’t always click it’s Tracy’s buddy’s girlfriend. Suspicious of a potential “adultery” situation, she follows the two around, analyzing everything her boyfriend says to Tracy. It’s a running joke that ultimately makes the girlfriend more of a caricature, despite a good performance from Jasmine Cephas Jones.

That subplot does make Tracy and Brooke kindred spirits, though: they both to have accept they can’t get everything they want in life. Mistress America is an insanely optimistic movie, but that doesn’t mean it’s naive or silly. Baumbach’s latest is a kindhearted, friendly, and sincere comedy.

Mistress America premiered at Sundance Film Festival and will be released by Fox Searchlight on August 14th.