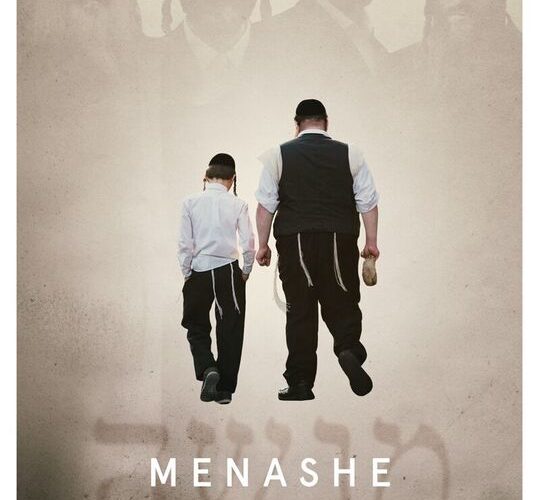 Sundance Review: ‘Menashe’ is a Sympathetic Portrait of Faith and Fatherhood

The road to a respectable life is a demanding one for Menashe. He barely makes enough money as a grocery clerk to pay the rent of his small apartment. He is shunned by his family, neighbors, and boss for not conforming to the customary way of life. He’s in danger of losing complete custody of his son following the death of his wife. While aspects of this logline could be the basis for more than a few character studies each year, Menashe sets itself apart by its striking specificity, taking place in an ultra-orthodox Hasidic Jewish community of Brooklyn and performed completely in Yiddish. Director and co-writer Joshua Z Weinstein understands that this entry point into the story must be more than just that and crafts an intimate, sympathetic portrait of faith and fatherhood.

When it comes to being in this insular community and obeying the rules the Torah demands, life’s struggles are seemingly compounded for our lead, played with a striking authenticity by Menashe Lustig. He’s forced to find a wife in order to take care of his son Rieven, but when the local matchmaker set ups a date, Menashe is not exactly a charmer. Finding more joy in the smaller pleasures of life, taking care of a small chicken and finding cross-cultural bonds with the hispanic workers at his grocery store bring a smile to his face, but he often wears a look of perpetual defeat when confronted by his rabbi or unforgiving brother-in-law. “Why do you have so little faith in me?,” an exhausted Menashe asks his rabbi. “Why do you have so little faith in the Torah?,” the wise elder sternly responds. “Don’t you have any respect for yourself?” his brother-in-law questions in another scene.

His chance at redemption is given when a one-year memorial for his departed wife is to take place at his apartment. While Rieven has been staying at his uncle’s home, Menashe gets one week with his son to prove he can pull off the ceremony, which will be attended by the rabbi and those closest to him in his community. Starting things off on the wrong foot by only having Coke and cake available to his son for breakfast when hey are already late for school, Menashe is compelling in the incremental ways we see him try to glue the pieces of life come together. For Menashe, his definition of personal triumph is different than that of his community. He may have burnt the kugel in preparation of the memorial and destroyed $1,000 worth of fish at work, but this depiction of diminutive, hard-fought victories only makes it more captivating to witness.

Warmly shot in largely intimate close-ups by Yoni Brook and the director himself, from the first shot our eyes become fixed on Menashe, and Weinstein intends to preserve our gaze. Lusting, whose real life loosely inspired the story, so convincingly fills out the role that he never delivers a false note. Even when the script loses some tension in the second act, Weinstein, who shot the film over two years, so deeply embeds in this insular world that seeing it this authentically captured is illuminating. Menashe works as both a rare introduction to a way of life largely unseen (or exaggerated by those outside of it) as well as a touching depiction of fighting for what’s most important in life.

Menashe premiered at the Sundance Film Festival and will be released by A24 on July 28.