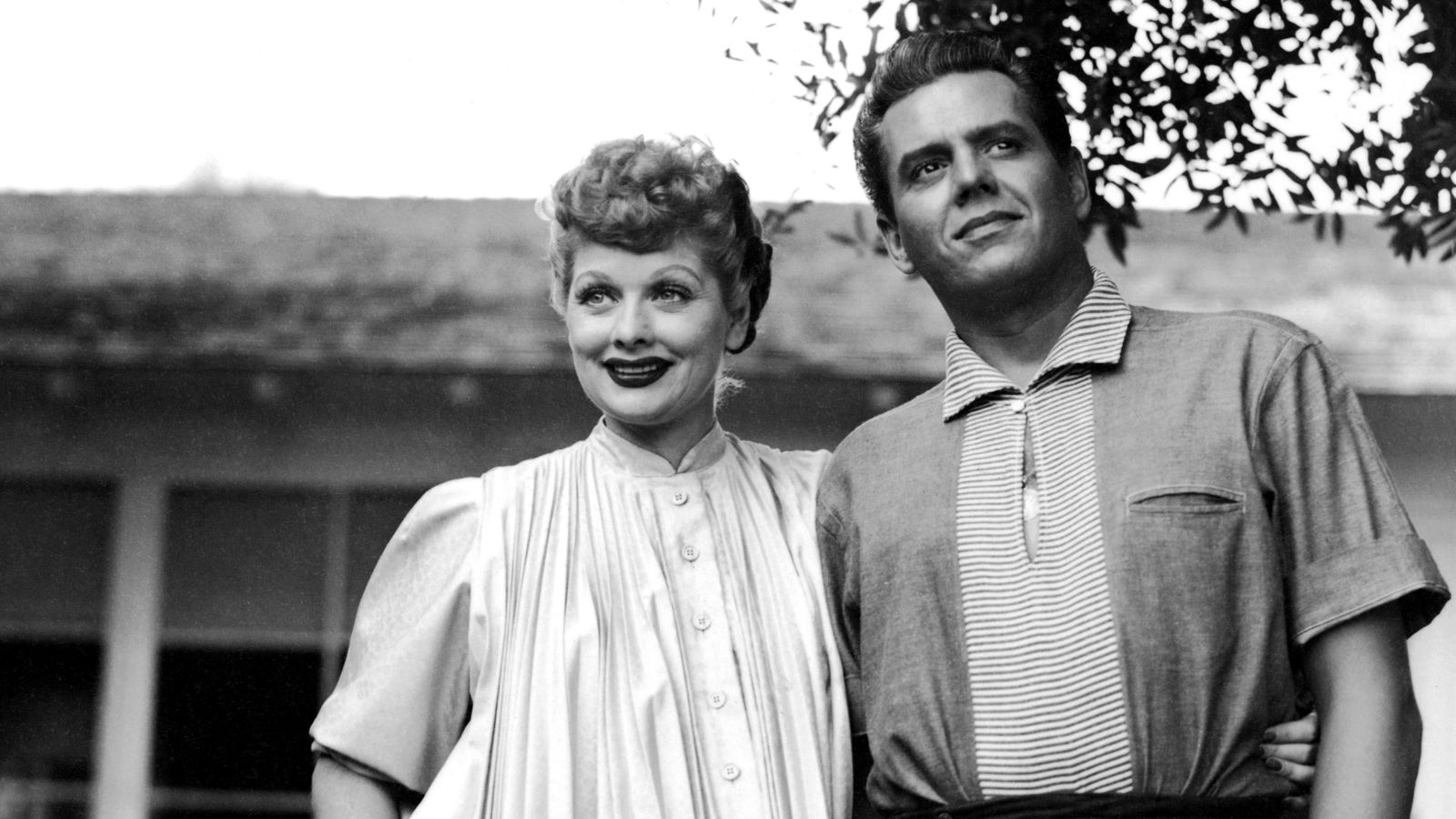 Amy Poehler’s chronological, comprehensive documentary debut Lucy and Desi attempts to give the entire story of Lucille Ball and Desi Arnaz. Covering the couple from their early childhoods through their deaths, it spends the majority of its time on their working and personal partnership. A documentary enveloped in reverence, it gives two complete biographical entries, sparing mystery and opting for admiration.

Talking heads and old tapes guide the documentary, with comedians Carol Burnett and Bette Midler providing ample opportunity to sing Ball’s praises. Ball and Arnaz’s daughter helps the story move forward while Poehler glides through the early days of the two megastars. Poehler’s warmth rides like a current through the entirety of the film, providing joy that was missing from Aaron Sorkin’s recent biopic Being the Ricardos, a less-than-successful stab at capturing the couple’s magic. Her admiration seeps through even when the film often feels like a retelling of a Wikipedia entry—a loving one at that.

After a short investigation of the young lives of Ball and Arnaz, Poehler launches into the former’s early days. It shows Ball as the comedic master she was, an actor capable of a special brand of physical humor, becoming the “Queen of the Bs” for all her work in smaller pictures, while Arnaz worked under the tutelage of Spanish bandleader Xavier Cugat. Once the two’s lives start to intertwine the film finds more resonance, looking at Ball’s pregnancies and Arnaz’s difficulty adjusting following the Cuban Revolution. These life-altering events bring some of the newest knowledge of the couple—deeper insights into known events, thanks to the level of access Poehler got for the film.

Lucy and Desi‘s second half shifts focus onto the success of Ball and Arnaz, as well as the concurrent pitfalls of that success. Becoming a family for millions of TV watchers, the couple seemingly took the motto of “quit or get bigger,” resulting in the buyout of RKO, the massive expansion of Desilu Studios, and the drifting status of their partnership. Despite one last trip to Europe as a hopeful marital savior, Ball and Arnaz couldn’t salvage this family, despite continuing to work together for years after the dissolution of their personal alliance.

Poehler never takes sides in the split, more impressed by their ability to continue having major professional success by producing and creating the shows that would fill millions of American homes. She respects both too much not to focus on their enduring friendship, the love that never left. A moment in the third act confirms this connection, likely leaving many I Love Lucy fans in a puddle of tears. Judgment isn’t the goal; applause is.

The first-time documentary director understands the price of success and impact of Ball’s comedy. She’s in a unique position: a space accompanied by a select few, including the featured Burnett and Midler, who tell stories and give compliments in a way that will delight any viewer. Poehler isn’t detached from this story as another director might be, including one who just admitted he doesn’t think I Love Lucy would hold up in today’s world. Poehler clearly thinks the opposite, fundamentally recognizing the timeless and immeasurable work of Ball and Arnaz. She cares about this couple as individuals and as a team.

Lucy and Desi won’t provide many surprises for those with a general understanding of Ball and Arnaz. It can look and sound like a paint-by-numbers documentary, with the trappings of any streamable film being churned out at major studios. Technically, it’s standard fare. Emotionally, it’s a beating heart—Poehler’s beating heart.

Lucy and Desi premiered at the 2022 Sundance Film Festival.