Sundance Review: ‘Leave No Trace’ is an Emotional, Quiet Study of a Father-Daughter Bond 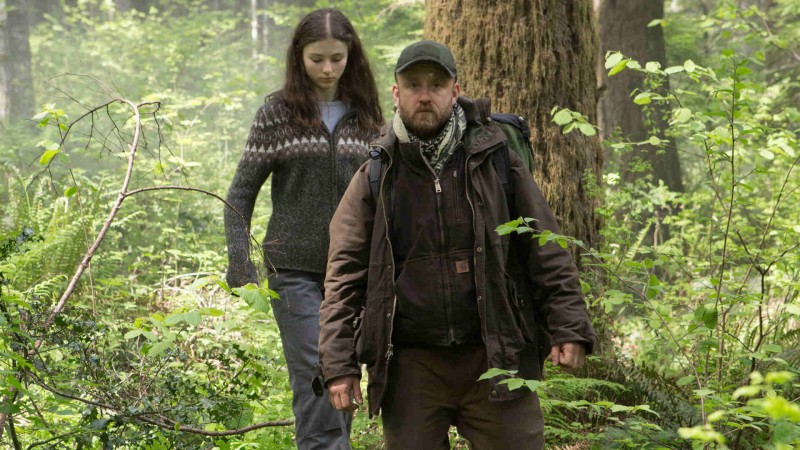 Early scenes of Leave No Trace feel like The Road. Not the movie adaptation, but Cormac McCarthy’s book, which evokes familial intimacy to an almost harrowing degree. Then they set out along the blacktop in the gunmetal light, shuffling through the ash, each the other’s world entire. In setting, this is that story’s pre-apocalyptic mirror, with a father and daughter living in the woods instead of a father and son wandering a wasteland. Here there is good earth instead of ash and striking greenery instead of gunmetal, and the lead characters have willingly separated themselves from civilization instead of being violently torn from it. But the central parent-child bond is of the same species, and the movie’s quiet study of it delivers similar heartbreak.

Will (Ben Foster) and his daughter Tom (Thomasin Harcourt McKenzie) have camped out in an Oregon nature reserve, apparently for years. Will’s motivations for doing so are never explicitly laid out, though references to his military service and general nerviness suggest enough about a general alienation from the world. He makes sure that Tom is healthy, fed, and educated, but stresses a need to remain hidden from others at all times. Though a teenager, Tom exhibits few signs of rebellion, trusting him entirely. Discovery tears them out of Eden and thrusts them into the social services system. Forcible reintegration into society initiates a gradual but inexorable change in this dynamic, as Tom becomes more curious about other people and more desiring of stability, while Will simply cannot change.

Unlike director and co-writer Debra Granik’s noir-flavored debut Winter’s Bone, Leave No Trace eschews oversized beats at every turn. Wherever you may think the story will fall on an obvious big moment, it instead effortlessly sidesteps to something more low-key and difficult. There were times when I expected Will to explode in rage, either at Tom or someone else, because this is what movies and TV have taught me to expect of their PTSD-afflicted veteran characters. But the film refuses to turn his inability to adapt into a monstrosity, and the growing gulf between him and Tom is treated as a tragic extension of natural coming of age instead of a cheap instigator for conflict.

Foster has made a career out of playing maladjusts, but he doesn’t chew any scenery here. Will is an exposed nerve-wearing thin, but the danger is not that he’ll snap but simply disintegrate. Foster perpetually looks in need of at least a week’s sleep, and in his wary poise suggests that even that wouldn’t ease his mind. Tom is something like a semi-feral child, quietly observant and interpersonally competent but still unaware of things like “4H Club.” McKenzie interprets her as a natural intuitor, listening and observing in lieu of speaking, while also silently communicating volumes of mounting frustration with Will.

Granik at first makes the woods warmly familiar and the city uncanny and alien, and then futzes the distinction as Tom’s point of view shifts. The quest for home does not come to any grand destination, but instead an aching bittersweet inevitability. Leave No Trace’s acute sense of place and how people relate to it makes for great, emotion-laden naturalism.

Leave No Trace premiered at the Sundance Film Festival and will be released on June 29.