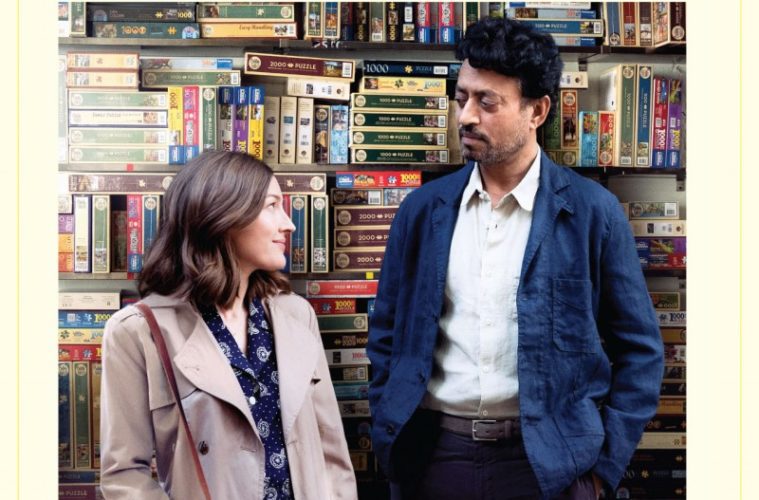 With its methodically tidy structure and a script that, beat for beat, lays the pieces to be a quintessential crowd-pleaser, Puzzle fits together like a perfect, well… you know. Directed by Marc Turtletaub, the powerhouse indie producer behind Little Miss Sunshine, Safety Not Guaranteed, Loving, and more, it’s easy to see the appeal of Oren Moverman’s unchallenging, but no less compassionate script, and he found the perfect actress to carry it. Kelly Macdonald’s Agnes prioritizes every need before her own, mostly those of her husband Louie (David Denman) and their two teenage sons. However, when she sparks a newfound obsession with puzzles, it opens up an unforeseen world, and, as with any heart-warming tale, a path of self-discovery that will change her forever.

Yes, it might sound like TV movie of the week material, but considering how much cheering and jeering I did during all the right places, Turtletaub has a gift for hitting these precise notes with an effortlessly light touch. After getting a one-thousand piece puzzle for a birthday gift (at a party that she labors over by herself, no less), Agnes discovers she has a mastery of the game, completing in a short time what would take the average person over a day. While she usually only leaves her Connecticut home to go to the grocery store or church, she ventures on the Metro-North train to pick up new puzzles in Manhattan. There she discovers an ad placed by the attractive, recent divorcee Robert (Irrfan Khan), who is looking for a new puzzle partner to compete in a national tournament that could lead to a global showdown in Belgium. After lying to her husband–who expects her to be home doing chores all day–that she’ll be taking care of her sick aunt, Agnes spends two days a week heading into the city and going to Robert’s swanky apartment to learn the surprisingly intricate method of professional puzzle-building.

With its affectionally nerdy premise, Moverman’s script, based on Natalia Smirnoff’s 2010 Argentinian drama, is adept at keying in on–and I can’t believe I’m typing this–the intimacy that puzzle-making provides. There’s the room for emotionally-revealing conversation over long hours sitting side by side with only a solitary focus. Then, of course, there’s that opportune moment as hands touch when going after the same piece. As we see Agnes and Richard’s friendship evolve, it can lay on the melodrama a bit too strong, but it’s ultimately fitting for a crowd-pleaser such as this to play heavily into audience expectations.

The dynamically opposing views of Agnes and Richard is the catalyst for their attraction to one another, and Turtletaub treats both characters with grace. The former is a born-and-raised, devoted Catholic whose sheltered life also means not paying attention to current events; meanwhile, the latter is a wealthy retiree who lives off a patent he invented, with enough free time to be glued to the latest natural disaster on TV. As they lovingly spar back and forth about their life-long ideals, Richard has less of an arc, acting more as a sounding board and prodding tool to break Agnes out of her shell.

As for Louie, he’s a little less-developed than Agnes, playing heavily into the working man archetype of a disinterested and neglectful husband. “Fishing is the most important thing in my life,” he selfishly tells his wife when confronted with the possibility they may have to lose their summer cabin since his auto repair business isn’t bringing as much as it once did. The marital and familial conflict, including differing opinions about the future paths of their sons, is captured with a level of grounded humanity that it’s hard not to root for Agnes from the start.

An earnest, clear-cut drama about the struggle for one woman’s liberation from the shackles of domesticity, Puzzle does what it sets out to do remarkably well. As Agnes breaks out of her shell and begins to stand up for herself, Macdonald gives added depth through her candid reactions to demands from her husband as well as giving life to a buried sexuality as her relationship with Richard progresses. Turtletaub is also smart enough to know that it’s less about the competition than the people at the table, often skipping over moments another sports drama would get bogged down in. Along with being a cautionary tale about not being defined solely by the relationship you might be in, the simple, endearing Puzzle just might also give you a new hobby.

Puzzle premiered at the 2018 Sundance Film Festival and opens on July 27.