Sundance Review: In The Cursed, the Werewolf Tale Gets a Historical Twist 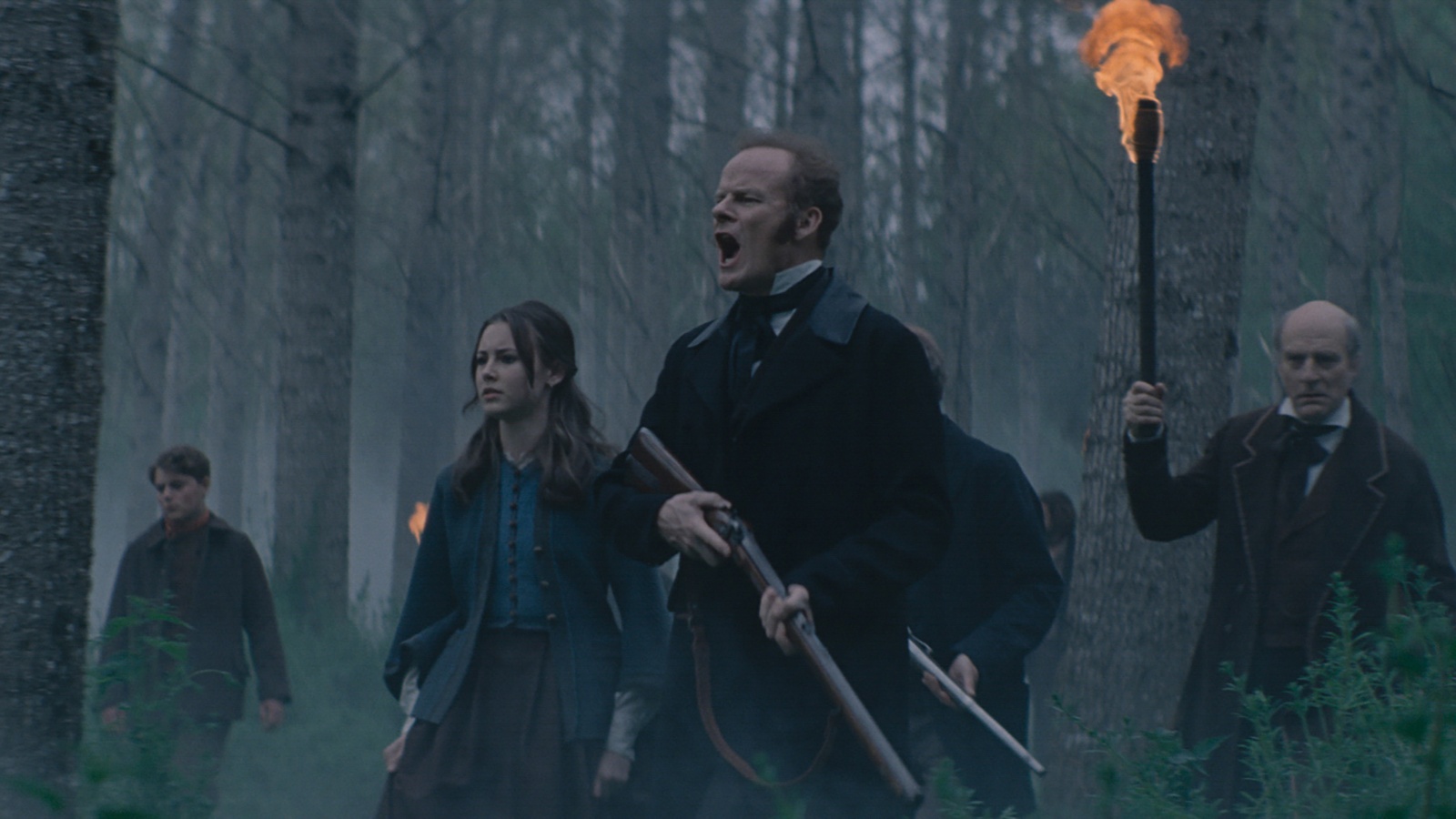 Sundance 2021 has been filled with so many movies about—and made in—the current pandemic that a 19th-century, gory genre flick feels like a return to normalcy. Then again, The Cursed, a new werewolf gothic written and directed by Sean Ellis, is still focused on the containment of spreading diseases. A cholera outbreak surrounds this beastly saga while family members vanish mysteriously and inhuman transformations multiply with each passing day. The specter of death hovers in the dark, foggy air, the product of cursed land and religious prophecy and other mythical elements packed into this engaging if only partially-conceived horror.

It’s not the movie you expect to see based on its prologue. Beginning in the trenches of World War I during the Battle of Somme, the camera glides over army ranks preparing to charge from their bunkers while battling explosions of mustard gas burning holes through their uniforms. When Edward, one of the unfortunate soldiers battling the Germans, is wounded and rushed to the field hospital, Ellis isn’t shy about showing the bloody shrapnel removal process. But when doctors extract an obscure silver bullet from Edward’s body, the story takes a mythic turn.

Ellis goes 35 years into the past, to a manor home in the French countryside that belongs to Seamus (Alistaire Petrie), his wife Isabelle (Kelly Reilly), his daughter Charlotte (Amelia Crouch) and a young Edward (Max Mackintosh). As owner of the estate and responsible for neighboring villagers, Seamus clashes with a setted Romani community that has legitimate stakes to the land. It’s not long before his small army invades and then kills the tribe in brutal fashion, a sequence Ellis chooses to shoot from a distance to watch the violence unfold in an exponentially gruesome, detached manner. The militia dismembers the body of one man, staking him up as a scarecrow, and buries another spiritual elder while she’s alive.

The fallout inevitably comes back to haunt the community. The local children become simultaneously terrorized by nightmares that guide them to the burial site, where a fateful bite kills one boy and leads to Edward’s disappearance. In his absence, Seamus summons pathologist John McBride (Boyd Holbrook) to investigate the strange occurrences and to find his son. McBride has his own demons to overcome—the case reminds him of a similar attack to his own family years earlier—and so he takes on this job with a heaviness and seriousness that nobody around him can quite grasp.

There’s a lot at play here. Ellis is working from influences that date back to 1941’s The Wolf Man and seems to be inspired by contemporaries like Robert Eggers, turning the late 1800s into a gray canvas and uneasy soundscape that suggests the ambiguous threat is always lurking. He has the production design down. He just doesn’t know how to effectively wrangle all of the mythology he’s introduced. He’s blending together gypsy curses and biblical passages and trying to build a world around competent actors that he loses some of its focus. Aside from some graphic images—this is a werewolf movie by the way of Alien on a scaled-down budget—the loose spiritual ends don’t stitch together to produce the kind of scares that stick with you after their initial jolt.

Still, this is such a good showcase for Holbrook that you almost wish the movie had been crafted from his perspective from the beginning. Over his career, he’s been relegated to villainous roles without the talons to sink into them and television shows that haven’t taken advantage of his gravity and presence. This isn’t the movie that will turn him into a more bankable leading figure, but it gives you a window into what that might have looked like. He can carry a story like this and hold his ground—McBride oozes a confidence that Seamus can’t match, and it’s hard to tell whether that’s by design or if Holbrook is just leaning deeper into the protective warrior his pathologist has to become.

Ultimately, that’s what you want from The Cursed. Its politics and perspectives regarding the slaughter of Romani people are confusing and lack a moral center, but Ellis has found a revitalizing twist on folklore and an enticing platform for his actors. He’s figured out a way to grab you and keep you invested, and for a dark (and darkly-colored) movie to premiere without the benefit of an immersive theatrical experience, that counts for something.