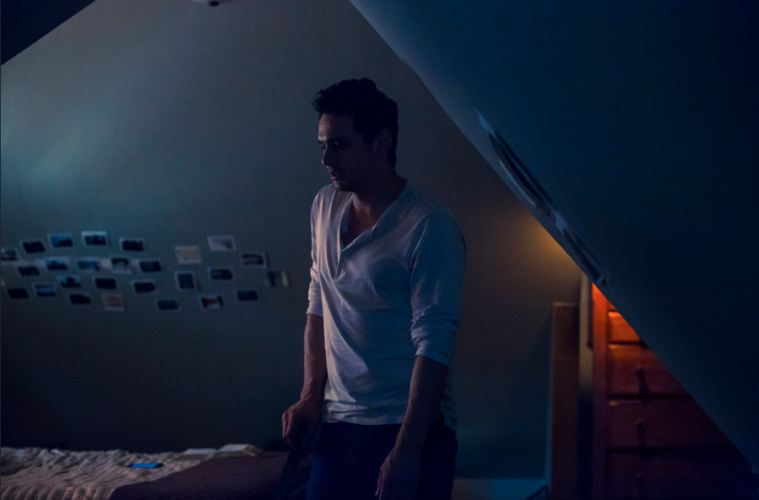 [Sundance Review] I Am Michael

Sure to ignite many impassioned discussions,  I Am Michael tackles complex issues of sexuality and faith with a balanced view. The directorial debut of Justin Kelly, a past collaborator with Gus Vant Sant (who produces here), the drama’s formal elements aren’t as compelling as the ideas it wrestles with, but it does make for one of James Franco‘s more accomplished and complicated performances.

The true story follows around a number of years in the life of Michael Glatze (Franco), a prominent figure in the homosexual community thanks to his San Francisco-based gay lifestyle magazine XY and national speaking engagements. Living with his partner Bennett (Zachary Quinto), we witness their healthy, fulfilling relationship in which they see no end to. However, not long after the college-aged Tyler (Charlie Carver) turns their relationship int a triumvirate, Glatze begins to wrestle with his own identity and the afterlife. These thoughts are spurred on by the death of his mother and a potential heart condition perhaps inherited by his father, who dropped dead when he was a teenager.

Taking a cross-country road trip to make a documentary about LGBT youth, he discovers an openly gay man practicing Christianity and then soon attains a Bible, now questioning if his life is on the correct path. As the relationship with Bennett and Tyler becomes strained, Glatze interprets a “divine” plan that God is calling him to, leaving behind his homosexuality and giving his life to the Lord. Earlier in the film, Glatze detests labels of any kind, regardless of one’s sexual orientation, but he soon identifies as a heterosexual male and after trying out different religions, he commits to a Christian college where he’ll learn to become a pastor.

With no condemnation for any of his characters or their decisions, Kelly’s portrait of a deeply conflicted man is an superbly nuanced one. Franco sells this gradual lifestyle change well, even if the technical aspects of the drama can often feel amateurish. Writing down his thoughts on a personal blog, Kelly layers poorly executed voice-over over a great deal of the film. We’re attempted to be convinced that Glatze is an expert wordsmith who is brought to speaking events across the country due to his talent, but all of his writings feel like bland exposition. Coupled with substandard cinematography and a bland score, Michael‘s impact is fairly diluted due to its second-rate technical approach.

As Glatze repeatedly quotes Matthew 10:39 (“Whoever finds their life will lose it, and whoever loses their life for my sake will find it”), the film adeptly explores the strife with searching for one’s identity and the greater effect it may have. Repelling his loved ones for potentially selfish reasons, this is a portrait of deeply conflicted character. I Am Michael tells a difficult story with unexpected grace, ending on an ambiguous, but narratively flawless note. While it’s never unclear that it’s Kelly’s debut, if he continues to strive towards complex narratives such as this, he’ll be a director to watch.

I Am Michael premiered at Sundance Film Festival and will be released on January 27, 2017.