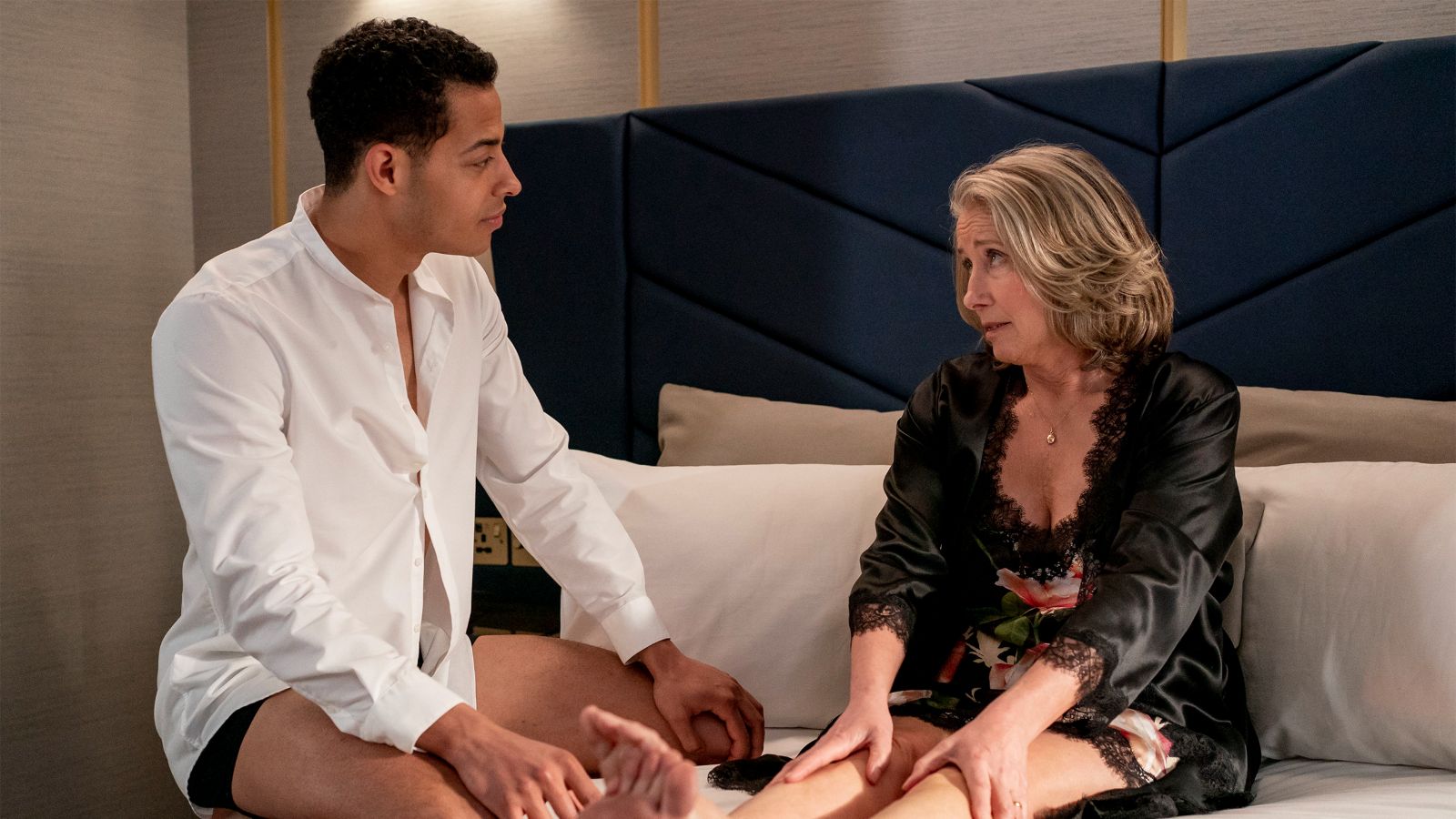 Some films just seem easy to make. This is a compliment—nothing back-handed about it. Good Luck to You, Leo Grande is one such example. As written by Katy Brand and directed by Sophie Hyde, every minute feels extremely natural. Emma Thompson and Daryl McCormack star as Nancy Stokes and Leo Grande, respectively. The latter is a stunningly (stunningly) handsome sex worker. The former is a retired, widowed teacher determined to discover a sex life that got buried under thirty years of polite, repressed marriage.

The film is chaptered by their meetings and punctuated by their exchanges of dialogue. Of course nobody is better than Thompson in front of the camera. That McCormack holds his own throughout this 97-minute runtime is the highest praise. Save a scene or two, it’s just the two leads challenging each other. Leo is confident and cautious, doing his best to guide his client into a safe zone where she can feel comfortable exploring her sexual preferences. Nancy is organized and cautious, convinced of what she wants but unwilling to break from societal expectation. So much of her life has been defined by what others—her late husband, her children, her colleagues—have expected.

Thompson, for the last three decades, has offered some of the best facial reactions in cinema. Whether it be in period adaptations like Sense and Sensibility or the quirkier, more recent Meyerowitz Stories, her range is incalculable. Her big eyes do so much. Here we watch Nancy loosen with each passing scene, initially distant and guarded, eventually more open to both her needs and of those around her. And while there may not be much for subtlety in Brand’s script, these actors sell each line with aplomb.

One lingering disappointment is the flat cinematography. It’s admittedly hard to know how Leo Grande would have played on a big screen at an in-person festival. As it stands, the film plays in this impressive virtual festival, and as such much of it offers muted colors that feel a bit too dreary for the overall tone. Thankfully the narrative and staging allow the actors to do most of the work and, as noted, Thompson and McCormack are up for the challenge.

It is immensely refreshing to see a picture so honestly discuss sex, what it can mean to any one individual. Leo Grande never judges Nancy for her limited inexperience. Neither do the filmmakers. The goal becomes, simply, Nancy discovering what makes her happy in the bedroom. Though certainly not an easy road to tread, it’s well worth the trip.

Both leads’ backstories are conflicted yet simple. There are no great reveals or revelations, no a-ha moments. In this way Good Luck to You, Leo Grande elevates above a premise that could’ve easily become too cute by half. Credit to all involved: here’s a story about real humans and real subjects with real emotional stakes.

Good Luck to You, Leo Grande premiered at the 2022 Sundance Film Festival.