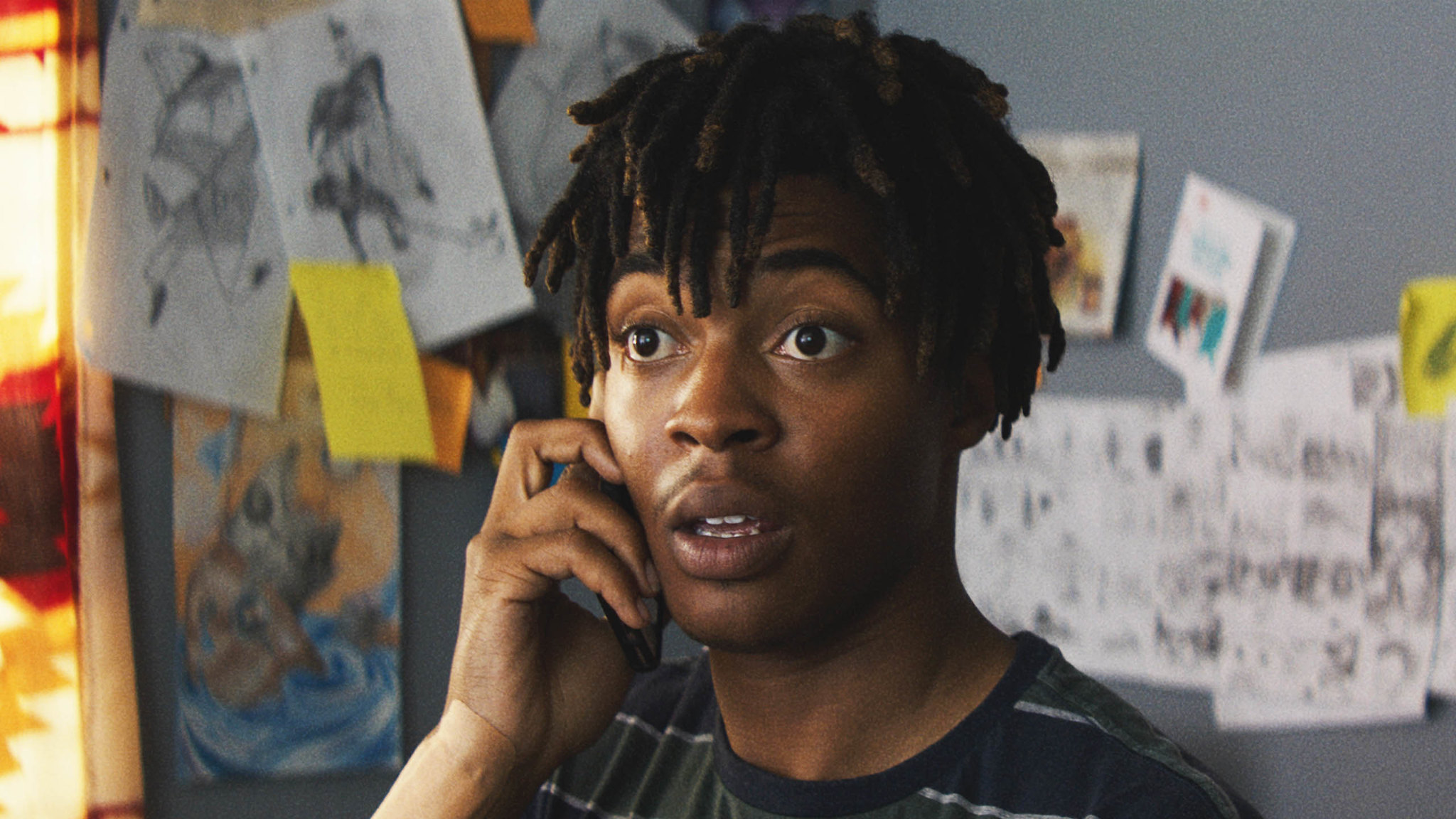 First Date contains all the trappings of a first film. With a minimal budget, the technicality of Darren Knapp and Manuel Crosby’s debut feature falters, unable to produce enticing visuals, professional sound mixing, or a skilled ensemble. Instead, the film must hope its script can provide the necessary laughs, and without a packed, weary Sundance audience egging on the mayhem of the story, it fails to succeed. Eased by the sheer insanity of its final act, First Date represents an admirable stab at the classic plot of a first date gone wrong, but it lacks the punch it so desperately is attempting to deliver.

Following regular high schooler Mike (a wide-eyed Tyson Brown), the events of First Date occurs over the course of a single evening, as the night grows in madness. Buying a used car from a shady dealer after borrowing money from his parents, Mike unwittingly enters himself into a series of ever-increasing happenings from shootouts, elderly make-outs, drug busts, and little actual dating.

Constant quips come from nearly every character in the film outside of Mike and his date, Kelsey (Shelby Duclos). Jokes range from the mentioning of a gang-related book club reading Of Mice and Men to the buying of blood-soaking tarps at Lowe’s. Some land, but most end up being forced from the mouths of underdeveloped side characters that have nothing to do besides be quirky yet dangerous. The worst case of this comes in the form of Mike, though, as a look of confusion is plastered on Brown’s face at all times. He’s a deer in headlights, unable to grasp the situation, or make any strides to change it, until the final 15 minutes of a film that drags up to that point. This isn’t to say that Brown doesn’t do a great job when he’s given the task of acting out emotions other than fright, as the young actor remains the standout of the cast, even with his limited assignment for a leading man.

The film hits its stride in this final act, as Mike reconnects with Kelsey, and the two young actors feed off each other, finding sweetness and chemistry as the wild nature of their situation continues to increase. During the third act, Knapp and Crosby find their footing, buying fully into the violent, batshit nature of the script had been teasing. The dozens of minor characters, from cops to drug lords, end up at the same place, and like any wedding in a film, these interactions draw you in and lead to the brightest, most entertaining section of a movie otherwise lacking amusement.

First Date scrapes by due to its volume of attempted comedy, both physical and verbal. Without consistency in performance or sharp dialogue, the story becomes more nonsensical as the night progresses. As a first feature from Knapp and Crosby, one sees more potential if the script had been reeled in, a clearer sense of time and place is established, and a more substantial amount of cash was added to the budget. In the case of First Date, ambitions were bigger than resources, and their goals seemed to outsize the final product. Moments of joy and excitement exist within this debut, but they’re just too few and far between to make an impact.