Sundance Review: Eileen is an Unpolished Mix of Sensual Longing and Perverse Thrills 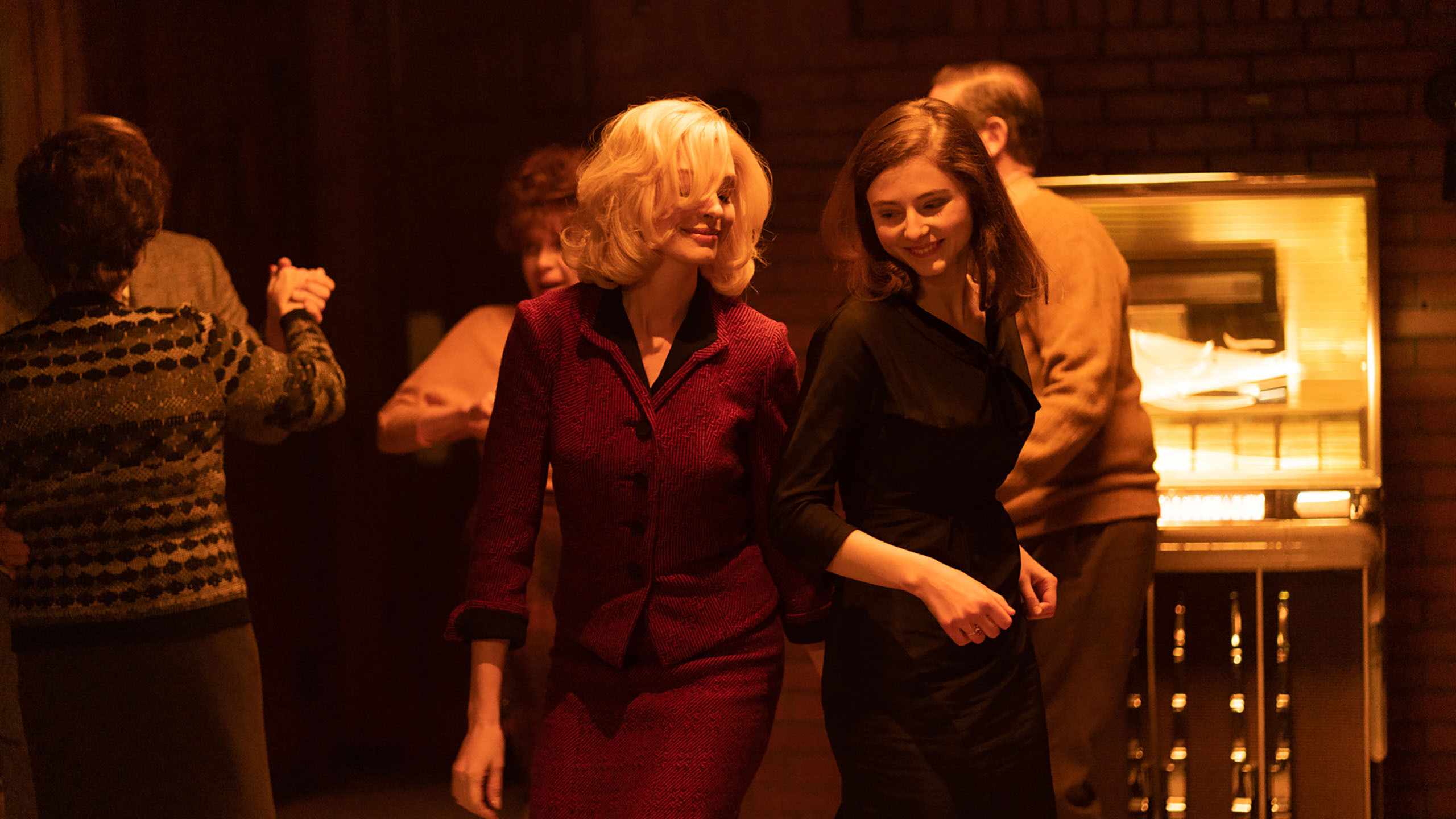 In the cold, dreary outskirts of 1960s Boston, Eileen (Thomasin McKenzie) spends her days hoping for a better (or at least more sexually active) life, splitting her time working at a juvenile prison ward and caring for her ailing drunk of a father (Shea Whigham). When the elegant, mysterious Rebecca (Anne Hathaway) glides into her work as the new psychologist on staff, Eileen’s dull world is suddenly brought to life and an unspoken attraction sparks. Little does Eileen know the spark will lead to unimaginably dark consequences. Adapted by the novel’s author Ottessa Moshfegh, here working with Luke Goebel (Causeway), William Oldroyd’s Lady Macbeth follow-up Eileen is lacking in a considered formal approach but strives to make up for this misgiving with a script that offers its talented ensemble an unexpected mix of sensual longing and perverse thrills. While this clash of tones doesn’t entirely gel, part of its appeal is the shock of such contrasts.

McKenzie, who has struggled to find a role that sufficiently displays her talents since her breakout in Leave No Trace, finds more to do here. We’re introduced to Eileen packing snow in her underwear to stave off sexual feelings, but they only return when she has fantasies about the attractive prison guard at work. When the ever-confident and slyly sexual Rebecca waltzes through, Eileen refocuses all of her yearnings to get to know her. Hathaway, always with a cigarette in hand, delights in a role of seduction, showing an entirely different range than her more internalized, buttoned-up performance for James Gray last year. Rebecca, perhaps the first person to ever actually listen to Eileen, dangles enigmatic details in front of her, hinting how she never wants to keep a guy around for too long and desires to break free from this male-dominated world. As their connection blossoms (particularly when Rebecca invites her out for a drink) their unspoken silences and longing glances mask words revealing what they actually desire. And when Rebecca punches a drunk guy asking her to dance, it’s the first hint she may be hiding something more dangerous about herself.

These passages of attraction most recall Carol, but despite a scene featuring romantic embrace in the falling snow, Oldroyd can’t match Haynes’ formal prowess. Oscar-nominated cinematographer Ari Wegner, who brought a majestic vision to Jane Campion’s The Power of the Dog, is stuck in limbo, failing to find a striking visual dynamic inside the 4:3 aspect ratio. Most setups are in a bland medium shot lacking any sort of depth, and the cinematic language––particularly in the prison scenes and when we see Eileen’s strained relationship with her father at home––is dully antiquated

Thankfully, just as one least expects it, the narrative does a 180-degree turn best left unspoiled to those who haven’t read the novel. Suffice it to say any previous tip-toeing around secrets is made obsolete. In this third-act twist, Marin Ireland once again proves she’s one of the finest actors working today––just a few years after her striking performance in another Sundance selection, Light from Light. This jolt is no doubt shocking as Rebecca and Eileen’s relationship takes a drastic shift, but something feels lost in translation. As the noir trappings softly hinted at earlier come to full bore, Eileen is given captivating power, yet the intriguing characterization so carefully crafted in the first half gives way to a sanded-down psychology that feels bludgeoning and abruptly truncated. In its daringly rapid conclusion, Richard Reed Parry’s jazzy score amps up like a crutch to hit the finish line, one that comes across unfinished and unsatisfying.