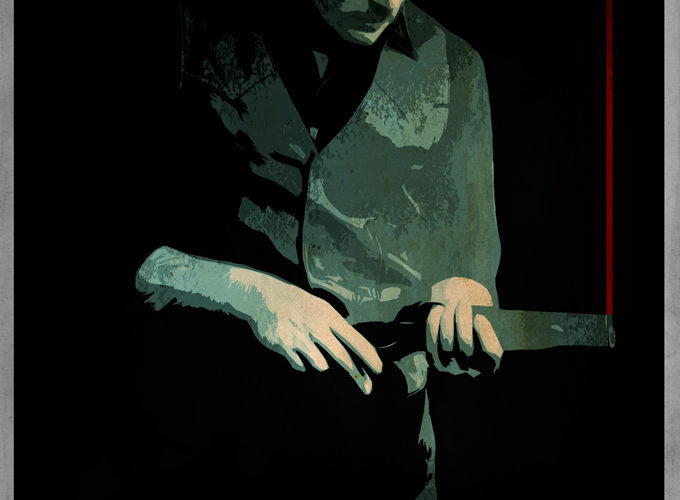 Far removed from his cold, clean serial killer character in Dexter, Michael C. Hall‘s first role following the series’ conclusion finds him as a family man put in a distressing situation, complete with an abiding mullet and mustache. Waking up in the middle of night to an intruder in his home, Richard Dane (Hall) retrieves a gun currently occupying a dusty box in his closet, and approaches the stranger. Although the trespasser is unarmed, the tick of a clock on his mantle startles Dane, resulting in a shot going off, fatally connecting with the unwelcome visitor.

Jim Mickle‘s Cold in July has the beginnings of a rich character study about regret and the consequences of one’s actions, but with a string of narrative twists, it ends in a much different, not entirely successful place. Based on Texas author Joe R. Lansdale’s 1989 novel (and taking place in the same location and time), Richard learns that his victim is an already wanted Freddy Russell, and much of the first act deals with Russell’s father, the fresh-out-of-jail Ben (Sam Shepard), tormenting Dane’s family. Revealing any more would be ruining the fun, but suffice to say, an increasingly violent, disturbing noir unfolds.

Unfortunately, some of Mickle’s choices undermine the gritty John Carpenter-esque vibe he’s clearly aiming for. Jeff Grace‘s electronic-infused score only comes off cheesy, particularly during the first act, where the drama lies in the realm of believability, as Dane works with the police to prevent Ben from enacting revenge. When we’re introduced to a pig-farming Don Johnson during the second act, this plausibility goes out the window. The tonal shifts between light farce and disturbing brutality rarely feel cohesive.

I wouldn’t necessarily mind any of this, but with the script treating Dane as a noble man on a path to justice, his actions make little sense as the story progresses, especially compared to his initial set-up as someone who would do anything to be there for his wife (Vinessa Shaw) and child. While the unforeseen places it goes kept me engaged, unearned character motivations, and an awkward genre balance prevent this from being a knock-out exploitation noir entry. Leaving a handful of unanswered questions, Cold in July is ultimately a frustrating experience.

Cold in July premiered at Sundance Film Festival 2014. One can see our full coverage of the festival below.