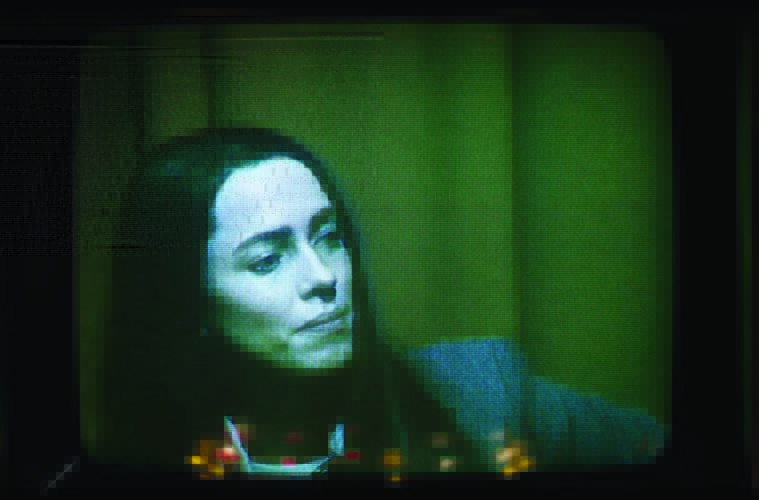 After the formally rigorous character studies of Afterschool and Simon Killer, director Antonio Campos seems like the ideal fit for the unsettling drama of Christine. His first feature based on a true story, it follows the final weeks of the life of Christine Chubbuck (Rebecca Hall), a Florida-based news reporter who committed suicide live on air in the summer of 1974. Plagued by depression and fed up with the shifting exploitative nature of broadcast news, Craig Shilowich‘s script — the first time Campos hasn’t written his own — is a two-hander that digs into mental illness as well as the push for this brand of attention-grabbing stories, but both sides never fully gel.

“If it bleeds, it leads,” WZRB station boss Michael (Tracy Letts) tells his team, which anchor George Peter Ryan (Michael C. Hall) and the rest of the group seem to have no problem with — except for Christine. A socially awkward, ambitious reporter at a news station in need of better ratings, she’s obsessively concerned with details. Looking over her tapes, she comments on her posture and even the artifice of fake flowers captured on the desk. When the Sarasota station’s owner, Bob Anderson (John Cullum), flies in to pluck a few of the best reporters to come to the Top 30 market of Baltimore, this fixation intensifies. With many inserts and handheld shots placing us into the chaotic, fast-paced, analog-only environment of a news station, Campos changes up his style greatly here. Whereas his previous features were built on a slow, calculated escalation of dread as we’re intertwined in the fractured psyche of his characters, a more straightforward approach is taken with Christine and the visual rhythm unfortunately lacks tightness.

Unexpected comedic elements stem from various camaraderie in the newsroom (or lack thereof for Christine), also including Timothy Simmons as the local weatherman and Maria Dizzia as Jean Reed, the closet friend to Christine, if she has one. There’s also some strange humor derived from Christine’s mental state and social awkwardness. While getting stood up on a date, she approaches a nearby happy couple, attempting to pitch them on being featured in a news segment, but her overbearing demeanor causes a palpable hesitation.

Hall, in one of her best performances, embodies Christine with searing intensity, staring blankly while her co-workers offer simple questions and in one remarkable scene, puzzling a woman offering many different solutions to help her situation. Her initially nervous energy eventually evolves into verbal explosions at her mother (J. Smith-Cameron) and Michael, placing the blame on them for her current social and professional roadblocks, respectively.

As her anxiety escalates, one wishes more care was given to analyzing her condition, both formally and in the script. Despite a compelling performance, we rarely get an authentic sense of the psychology behind her eyes. In a film with a certain climax, the journey to its inevitable end should be an insightful and engaging one, but too much of this character study feels like it’s checking off a textbook example of mental illness. In its best moments, Christine shows how ceaseless depression can bring a unremittingly insecure sense of isolation, even when nearly everyone around you is there to support.

Christine premiered at the 2016 Sundance Film Festival and will be released by The Orchard.