Sundance Review: Bring Your Own Brigade Blows the Whistle on Rugged Individualism 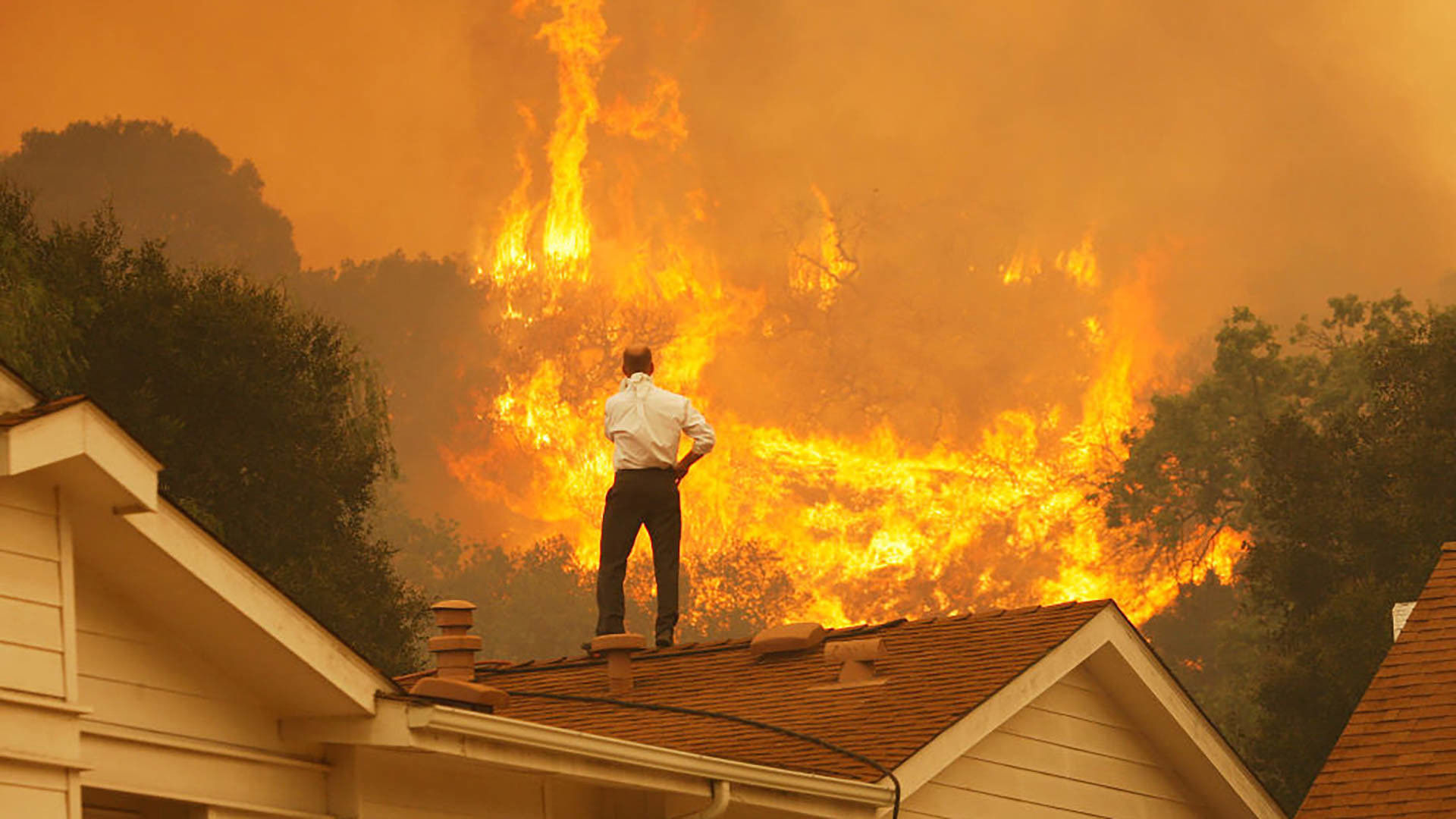 It’s difficult to know where to begin when telling a story as vast as California’s wildfires, which with stunning frequency seem to have an impact on two very different wooded mountain-top communities: the working-class Northern California enclave of Paradise and Southern California’s posh Malibu where the wealthiest residents have the means to hire private fire brigades. Lucy Walker’s Bring Your Own Brigade is a deep exploration into multiple aspects of the crisis from climate change to the personal toll of losing one’s house and community to the politics of fire codes. She also focuses on the history and chemistry of fire itself from the traditional keepers of the land to fire historian Steven Payne, who is convinced humans are themselves the ultimate fire creature.

By design, the film finds more sympathy with those in Paradise including Brad Weldon, one of the luckier ones who was able to fight off the fire on his property while protecting his blind mother. In the aftermath of the fires, his house has become a community center for those displaced. Walker’s approach divides the films into sections with voice-over exploring her own experience as an immigrant to California who grew too comfortable with sights we’ve all see on social media, like burning hillsides operating adjacent to congested freeways. She spends the first half of the film on the visceral impact of the fires through a mix of videos that appear to be harvested from social media with 911 calls and news reports.

Walker herself admits she doesn’t know where to begin and so she starts filming with firefighter Maeve Juarez, a wildland specialist for the Montecito Fire Department, a veteran of the battle who could get his own documentary. What follows is a vast mosaic that is personal, historic, and political as California’s frontier spirit wins over expert advice. Modest proposals like vegetation-free buffer zones and modern building codes are rejected by Paradise’s town council because they fear they’re going to become the “tree police,” despite evidence such practices work elsewhere including in nearby La Tuna Canyon. Walker all-too-briefly touches upon another fact of fighting wildfires: many on the front lines are state prison labor, who are unable to obtain the credentials necessary to become professional firefighters after they’ve served their time.

With multiple threats that are kept together and grounded by the human interest stories of Weldon as well as professional firefighters who bear the human cost (Walker films during their deadliest day), Bring Your Own Brigade is a film that explores several potential solutions and dimensions to a vast story, from the environmental risk of a timber boom in the early 1900s to modern clear-cutting which serves as an accelerant. Fire, we learn in a brief passage with the Karuk peoples of Northwest California, is a necessary part of working with the land––practices ignored by colonists who “knew better” than the ancestral keepers of the land.

A civics lesson that never loses sight of the human cost, Bring Your Own Brigade is sprawling and perhaps Walker’s most ambitious undertaking to date. While it proposes solutions based in history and science, it reverts back to the impact of these poor decisions on a working-class community like Paradise, blowing the whistle on the myth of rugged individualism that leads folks to build their homes off the grid.

Bring Your Own Brigade premiered at Sundance Film Festival.