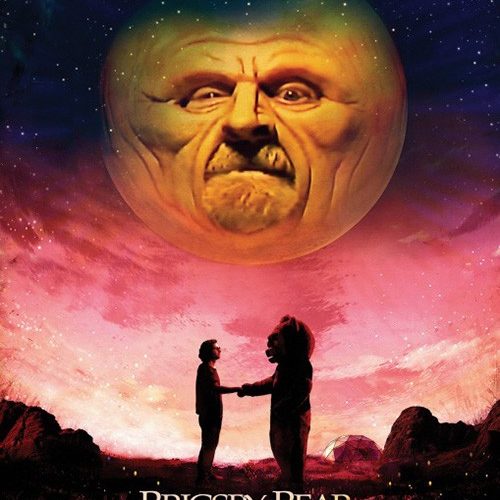 Sundance Review: ‘Brigsby Bear’ is an Adventure in Need of More Imagination

While watching Room, if one wished there was more laughs to go with the trauma, Brigsby Bear is the film you’ve been looking for. Dave McCary’s directorial debut is a film of imagination, adventure, and discovery, but also one too hesitant to challenge in its tone, traveling down a tiresome path of tropes. Nonetheless The Lonely Island-produced film proves to be a worthy comedic showcase for Saturday Night Live’s Kyle Mooney at his most socially awkward.

For a quarter-of-a-century, James has been living with his supposed parents (Mark Hamill and Jane Adams), but they are not what they seem. The pair actually kidnapped him from the hospital and his home is a secluded bunker with no connection with the world. Unbeknownst to him, the air outside is not poisonous and his real family, and society at large, await beyond his secluded Utah digs. His routine life, as instructed by his fake parents, consists of studying, dinner rituals, and a precise bedtime (when their generator is powered down), but there’s one aspect of his life that wholly consumes every waking though: the sci-fi/fantasy television show Brigsby Bear Adventures and all the merchandising and world-building that accompanies it.

The only problem is that it’s not real. Or more accurately, it’s a production of his imposter father to fuel his son’s imagination and pepper in overbearing parental advice in between the otherworldly adventures of the titular flawless hero. Consisting of over 700 episodes, with new ones delivered in a timely fashion as Hamill’s character produces them, this is the only piece of pop culture known to James and he believes the world has the same fascination, thanks to an online message board concocted by his kidnappers.

It’s no spoiler to say the police track down his location and he’s set free to return to his real parents (Matt Walsh and Michaela Watkins). The rest of the story, scripted by Mooney and Kevin Costello, follows this re-introduction to a society that became well advanced in the last 25 years and, most disappointingly to James, does not know the utter joy that Brigsby Bear brings. Thus, much of the comedy revolves around Mooney’s often hilarious inept interactions with those around him. With his repeated straight-faced phrase of “that’s dope as shit” (which he heard at is first party) and endearing conversations with the detective on his case (a winsome Greg Kinnear), Mooney proves to be skilled leading man, and Brigsby Bear makes a strong calling card when it comes to his comedic talents.

However, if one believes this might lead to an compelling commentary about how our worldview is fueled by what we consume, prepare for disappointment. The deeper we get into the adventure found in Brigsby Bear, the less interesting the execution of the journey becomes. The mere fact the conceit is that, with Mark Hamill’s character locked in prison, James desires to conclude the story of Brigsby Bear Adventures by making a feature film version, one can imagine the exact ending — and you would be entirely correct.

One wouldn’t need to knock this familiar path if it perhaps added some psychological pathos to James’ mistreatment to make the humor even stranger, but the only scene that manages to get close to doing so is when he confronts Kate Lyn Sheil‘s waitress character (and former Brigsby star). The rest of Brigsby Bear is content with gliding by on its charms, and while there is plenty to be amused by, the peculiarly promising set-up unfortunately gets swallowed up by warm and fuzzy sentimentality.

Brigsy Bear premiered at the Sundance Film Festival and will be released by Sony Pictures Classics on July 28.