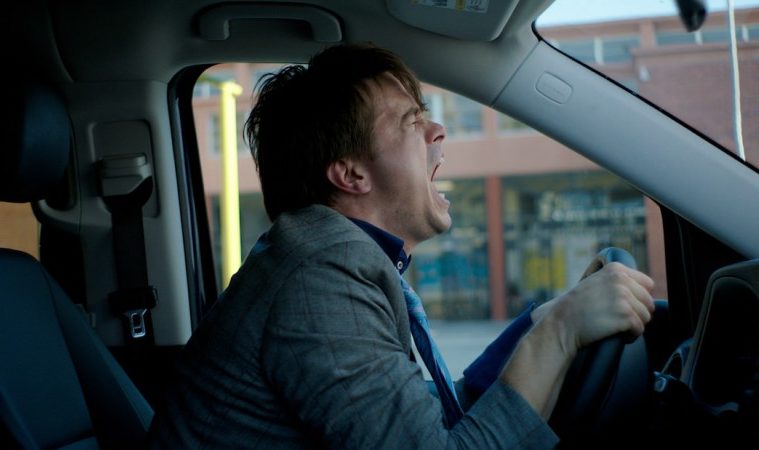 Sundance Review: ‘Bitch’ is a Bold and Fearless Domestic Comedy

One of the more emotionally taxing features to earn the classification of “midnight movie” — at least in this year’s Sundance program — fearless writer-director-actress Marianna Palka has crafted an bold, dark domestic comedy with Bitch. Based upon a strange case in her native Scotland, it centers on a woman who channels her spirit animal into a radical transformation.

Haunted by a barking dog reminiscent of Summer of Sam, Jill undergoes a Kafka-esque metamorphosis, hiding in the basement, rolling around in her own feces, and barking to the bafflement of her family and medical professionals. Bill enlists Jill’s sister Beth (Jamie King) to assist with the kids, attempting to outsource his responsibilities while he’s consumed with work and guilt. The film’s funniest sitcom-esque moment find Bill forced into playing Mr. Mom, having no frame of reference on getting the kids ready for school and ensuring they have their lunches. This is about as broad as the film gets, although Bill comes to appreciate his kids once he’s let go from his struggling firm that decides they need only one executive.

Bitch is a curious case of a film that commits to a radical tonal shift, edging towards broad comedy before evolving into an emotional horror film. Initially approaching the material like a pitch-black sitcom, Bitch, like Palka’s previous feature Good Dick, begins with a premise that on its surface doesn’t seem like it may offer this much to unpack. In that picture, Palka plays a self-destructive introvert with a plot that could be initially understood as a pedestrian romantic comedy.

She has evolved to be a much smarter and ambitious filmmaker and yet the tonal shift doesn’t quite land with the punch it should as Bitch tries to find comic subversion in the form of a happy ending. Perhaps this is what Jill deserves all along, although the lack of context and speedy first act with little character development seem to undermine the film’s eventual payoff.

Much remains to admire in Bitch, a fearless film that explores the explosion of the nuclear family and gender paradigms as only a scrappy little indie can. The results, at times, are quite frightening even if narrative compromises are made along the way.

Bitch premiered at the Sundance Film Festival and opens on November 10.