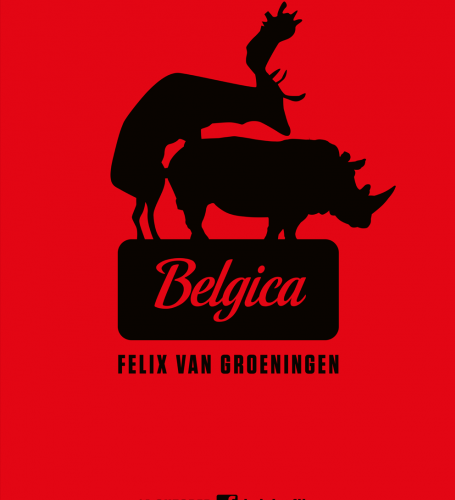 Writer/director Felix van Groeningen based Belgica’s script on his father’s experiences running a nightclub in Ghent. How closely the story hews to the real events is anyone’s guess, though the boilerplate “though inspired by true events, all persons depicted are fictitious” title card which opens the film suggests that it might hit too close to home for more than a few real-life people. There are no bad guys in the movie, but no one comes off particularly well, either. A pair of brothers’ effort to build a successful disco pulls both of them into a draining swill of drugs and greed. That trajectory, and how the film goes through it, is disappointingly cliched — although maybe in this case, life was imitating (bland) art, and van Groeningen is just telling it as he saw it as a child.

The two brothers in question are Jo (Stef Aerts) and Frank (Tom Vermeir), who make for unlikely business partners, given how far they’ve drifted apart. But when Frank hears of Jo’s plan to someday expand his shitty bar, the namesake Belgica (actually shitty, what with the constantly backed-up toilets), into a musical hotspot, it stirs within him his desire to elude encroaching sedation. This comes in the form of his two young children and wife, who’s quailing beneath either the prospect of losing her husband or being saddled with such a standard, thankless nag role. Jo has big dreams, but Frank is the one who makes things happen, doing the dirty work both literally (dealing with the aforementioned toilets) and figuratively (greasing the palms of building inspectors and police officers to make the expansion go through).

Though they have to suffer the motions of a archetypical rise/glamor/fall narrative, Aerts and Vermeir are game protagonists. From his baby curl hair and reed-thin figure to his permanently shut right eye, Jo is as imposing as a rabbit. Aerts even postures like a tough guy meekly. He’s sometimes so “nice” that it loops all the way around to unpleasantness — such as when his girlfriend gets pregnant and his aggressive sense of chivalry becomes self-righteously overbearing. Jo is the pushover Gallant to Frank’s hulking jackass Goofus. Vermeir, a rocker by trade, makes the most of his characters midlife crisis breakdown, sinking deeper into drug-addled apathy and lashing out as his friends and loved ones while regret flashes in his eyes even in the moment he’s being a dick. Belgica shines in the little details and moments, like when Frank takes a bump of cocaine off his arm while holding his newborn son.

The movie also comes alive whenever a musical performance makes Jo’s dream of the Belgica foot-stompingly immersive. A cavalcade of talented Belgian musicians get to shine throughout the film. Each performance acts as a reprieve from the larger plot, just as they serve as an escape for all the denizens of the club. Jo has a near-Utopian ideal for it, one soiled by compromises brought on when Frank’s blunt practicality oversteps into soulless money-grubbing. In one interesting touch, a big sign of the dream stumbling comes in the form of professional bouncers getting hired and immediately turning away non-white men because they “aren’t the crowd we want.”

Again, the particulars are the pleasure in Belgica, even if there’s nothing noteworthy about the overarching line on which they’re strung (or strung out). Taking a straightforward approach isn’t necessarily a negative, but the sedate camerawork and editing make the movie’s progression staid. Even the musical moments are invigorating due to the music itself, and not by how it’s presented. Strong character beats can only take this story so far.