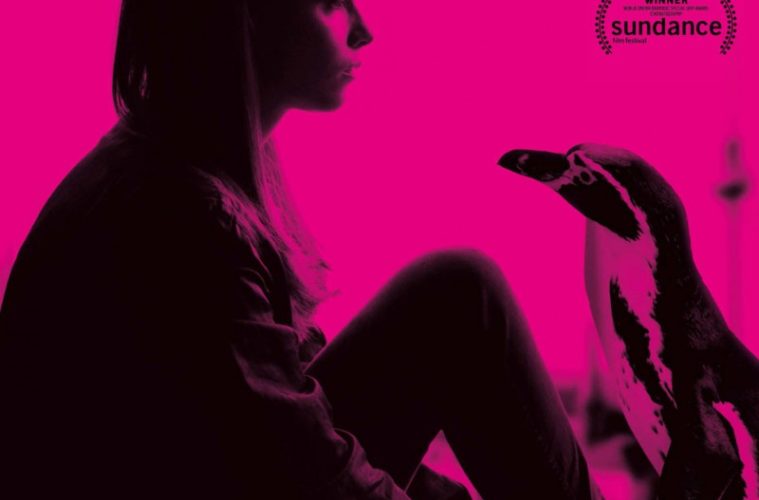 Sundance Review: ‘Axolotl Overkill’ is a Stylish Portrait of the Present

Playwright, author, screenwriter, and director Helene Hegemann has said (through her publisher) that, “There’s no such thing as originality anyway, just authenticity.” The words were spoken after her debut novel Axolotl Roadkill earned critical praise, a spot as a finalist for a major book award, and multiple, potentially damning plagiarism claims. Hegemann was seventeen when it published and admitted to the cribbing as soon as it was brought to light. She blamed her generation’s penchant for mixing and sampling, for taking what’s bouncing around the æther and making it her own with newfound honesty and meaning. Say what you will, the book sold and kept selling. This German phenom hit upon the zeitgeist with her tale of drug-addled excess and mental instability — in subject matter and process.

Considering she had a play staged at fifteen and a short film released to acclaim, it was only a matter of time before this infamous tome would make its way to the big screen. The name has been changed to Axolotl Overkill, but the topic remains the same. It’s a stylish debut from an artist with a keen sense of visuals, music, and feeling — a finger firmly on the pulse of now. Should she be held to standards that haven’t evolved in her medium but have in others? Should she be vilified for achieving success in a less than savory manner? Maybe. Should she credit “Airen” for unsolicited contributions? Definitely. But don’t forget the art itself, the finished product. It exists outside of its creator(s). And it’s fantastic. It is this because of Hegemann. Crediting sources is an issue that absolutely merits careful vetting, but don’t confuse that with thinking “Airen” or anyone else had a hand in pulling it all together. That job was Hegemann’s alone — a literary Girl Talk. Call her a writer or a curator; “artist” is still the all-encompassing term she’s earned. Some have said that reading the novel is an experience wherein lead character Mifti dissolves into the author herself and I have to agree wholeheartedly with the cinematic version too. There’s no endgame here, no growth or evolution. Axolotl Overkill is a portrait of the present, the disillusioned striving to be seen and heard regardless of age, gender, or financial status. Society can no longer entrap them. They’re free.

Hegemann taps into a rebellion playing out beneath our surface in how we’ve adapted to increased access to everything, technological advancement, and early enlightenment allowing a sixteen-year old like Mifti (Jasna Fritzi Bauer) to be acknowledged by those who know her as mature beyond her years. We’re watching a teenager who’s already experienced a lifetime’s worth of pain, rejection, and underestimation. Her rich father lives a bohemian lothario’s life in a mansion with an open pocketbook, his children cared for by their separate mothers. Mifti’s mom has recently passed and thus her care has fallen into older half-sister Anika’s (Laura Tonke) hands. This young girl has never had anything to keep her tied down or to act “her age.” Mifti beats to her own drum, for better or worse.

We meet her not in a state of mourning as much as a state of liberation. Mifti is the axolotl of the title — a Mexican salamander forever in its species’ typically larvae form. She doesn’t grow up because she already has. What this final form reveals itself to be may not prove the healthiest or smartest result, but it is her identity. She’s a drunken bullet away from a goof with a gun ending tragically; a pill away from full-blown schizophrenia exacerbated by cocaine like newfound actress friend Ophelia (Mavie Hörbiger). School bores her. Kindness and sensitivity numbs her. Life’s become a quest for the next high of excitement whether that’s an hour at the club or a three-day disappearing act at a locale even she can’t remember. And the one person she truly seeks to spend it with is a woman she can’t have. Of all the fleeting relationships built to not be lonely — Mifti a pack animal like the dog her half-brother Edmond (Julius Feldmeier) takes in for a friend — only Alice (Arly Jover) can make her feel. Who cares if she’s a forty-something white-collar criminal? Maybe she’s a stand-in for the mother Mifti lost or perhaps she’s the one person who understands her as a human being and not a silly teen acting out in dangerous ways. The film calls back to Alice when its lead is in dire straits and desperate for touch devoid of pity, sympathy, lust, or frivolity. We get lost in these flashbacks as time evaporates along with reality.

Hegemann folds these glimpses in with the linear narrative of Mifti’s descent (ascent?) into a lifestyle without rules, structure, or goals. She interacts with her siblings, but always at arm’s length. She looks upon her father with envy, his no-strings existence of sex and indulgence something to aspire towards. And she parties with Ophelia and her friends — businessmen of some sort with one (Hans Löw) finding himself entrenched in Mifti’s life, yet never in a contrived way as much as wild coincidence. The latter is achieved because we truly never know what is real and what is the product of hallucination. I’m talking escaped penguins waddling through apartments, unicorns, and sneezing parrots (oh how I hope this one was unplanned) — head-scratching bits of comedic flair and surreal fantasy. It’s set to a killer soundtrack with musical interludes either contextually relevant or completely out-of-place despite perfectly attuned to the scene’s atmosphere and emotional state. Mitzi often questions her reality with us, a confused smirk forming as she throws her arms up incredulously. Sometimes she only musters a blank stare as Hegemann whisks her away to a new locale, hour, or day — the jump cut as jarring to us as the girl to which it’s happening. But she takes it in stride, pushing forward to tear down walls and say whatever she wants. She laughs at how she could put men in jail for statutory rape, reveling in her sexual power. She’s the bachelor sleeping away his sorrows with anonymous women, pining for the one that got away.

Bauer becomes a voice that transcends labels. Her Mifti’s an individual removed from her generation to join those of equal mind, body, and soul in a hedonistic lifestyle of morals that aren’t as much skewed as mutated to match the world outside. It’s a star-making performance able to put the twenty-seven year old (yet believable as a teen) on Hollywood’s radar like Alicia Vikander in the sexually charged Pure. Mifti doesn’t wittingly harm anyone but herself (although her actions do affect many). She’s a by-product of an ever-changing sea of information and sensory overload. Axolotl Overkill is contemporary in a way that lets it define the indefinable. Mifti embodies what the twenty-first century has wrought — an awakened soul in full control who answers to no one and nothing.