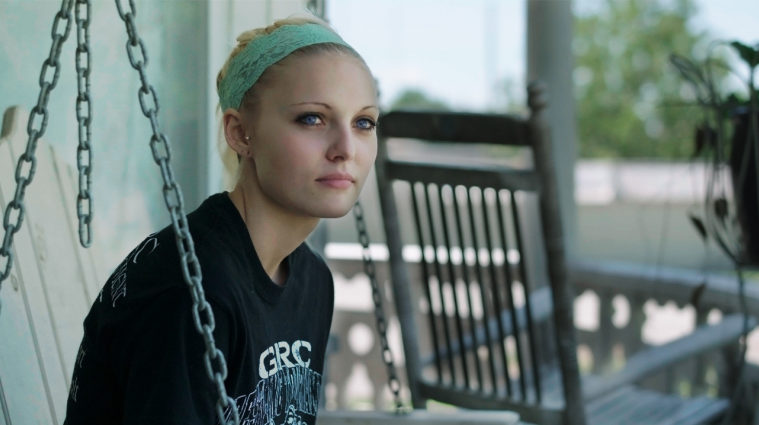 The latest documentary to tackle teen bullying and consequential suicide, Audrie & Daisy approaches its subject specifically through the lens of rape culture. Both of the eponymous high school girls faced awful social fallout after they were sexually assaulted by boys who they trusted, and both attempted suicide. Audrie Pott of Saratoga, California succeeded, while Daisy Coleman of Maryville, Missouri survived and has since gone on to become an anti-rape activist. Both of their stories are tragic, and the public unrest galvanized by their cases is encouraging, yet this film doesn’t convey either the tragedy or the responses to it in any way not hidebound by documentary convention.

This is subject matter that, by its very nature, will make any sane and compassionate person want to put their fist through a wall out of frustration. Pott and Coleman’s cases follow a similar trajectory: already victims of a degrading violation, their calls for justice instead earned them both heavy harassment from the social-media shame and outrage machines. Pott got nude pictures taken of her while she was passed out, while Coleman had the audacity to accuse popular football players of the crime. There are easy parallels to draw to any other high-profile, youth-related case of rape, bullying, suicide, or any combination of the three. Pott’s suicide came not long before that of Rehtaeh Parsons, while cries that Coleman’s allegations threatened the futures of “young men with promise” were near word-for-word also uttered in the Steubenville trial.

Among the myriad ways society has had to adjust thanks to the sudden invasion of the Internet, bullying and harassment is something that we direly need to get a handle on. The sole saving artistic grace of Audrie & Daisy is its brief success in capturing the oppressive crush of a targeted online hate campaign. In one great sequence, an aerial shot surveys an expanse of sedate suburbs, as readouts of vile tweets and posts emerge above the houses. It’s easy to dismiss whatever happens on the Internet as “not real life,” and filmmakers have had trouble making tangible the very real emotion and interaction invested in the net. This is one good example of how to pull it off.

But besides such interesting flourishes, there is nothing of worth on the table. Make no mistake: Pott and Coleman’s stories are unquestionably worth sharing. But presenting them in a routine march of interviews spiced up solely with occasional animated reenactments does not do those stories justice. Audrie & Daisy at least avoids “expert testimony” talking heads and infographics. But it’s still stuck in a space between a general issue-based doc and a personal tale. Worse, the cross-cutting between its two storylines seems to be paced mostly on a “well, we’ve spent enough time on this end, so now’s the time to switch” basis and nothing else. And why, exactly, are these two particular cases the ones being compared and contrasted? They’re superficially similar, but all those other sadly similar incidents could easily be brought in without it feeling like the doc is stepping outside its established purview. There’s no reason for this to just be Audrie and Daisy’s stories when twinning them produces no special result.

Audrie & Daisy played at the 2016 Sundance Film Festival and hits Netflix on September 23.