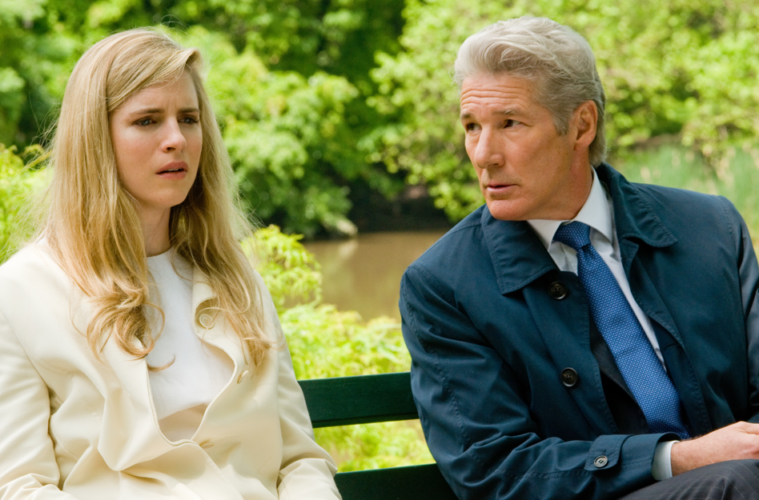 Just when it seemed the man was settling into the fade out so many once-movie stars face, Richard Gere reminds us why he became a star in the first place. Plainly said, he’s got the kind of charisma that could make a snake empathetic.

And here, in Nicholas Jarecki‘s directorial debut, one of the most common, most-hated snakes in recent memory: a big wig New York financial wiz. This particular master of the world’s name is Robert Miller (Gere); his company, Miller Capital, shows a constant profit, a blueprint for success only matched by Miller himself. He’s got a smart, beautiful wife (Susan Sarandon) and a daughter (Brit Marling) poised to follow in his footsteps. Then, he gets into that ever-ominous New York City cab, and the night gets darker. Miller’s got a mistress, played by Laetitia Casta, who wants him to commit (divorce his wife, etc.). We come to find the seemingly-cool Mr. Miller is tied up in a bit too much, namely his mistress and her financial situation, as well as the earnings of his company, which are not what they seem. In short, he’s robbing (it’s called borrowing here) from Peter to pay Paul.

And then, it all gets a lot worse. Gere shines as Miller, a silver fox rapidly descending into the one thing he hoped not to become. Marling serves as his conscience, picking where she left off last year, after two break-out performances at the 2011 Sundance Film Festival. Both Sarandon and Tim Roth – who plays the detective hot on the billionaire’s tail – are not given enough screen time, but shine when allowed.

Jarecki, brother to Andrew (All Good Things) and Eugene (Reagan), sets the pace and tone early and never breaks stride. This is a film that lives in the world of both Sydney Pollack and Sidney Lumet. Jarecki makes the most of his New York City setting, its geography operating as its own characters. When Miller needs the kind of favor no one can know about, he calls a number in Harlem. Roth’s Detective Bryer knows this system well – in which those wealthy few who live in midtown manipulate those everywhere else – and is determined to break the cycle, no matter what. It’s a common archetype that Jarecki’s script does nothing with. Luckily, Roth does more than enough, commanding the screen with a strange New York accent and hammy physical performance that rival William Hurt’s in A History of Violence.

Jarecki takes his time with the story, letting the tension of each building conflict rise as they all meld into the same, big problem. It’s the kind of adult entertainment that was once common studio fare. Strange that something once so familiar now feels so fresh.