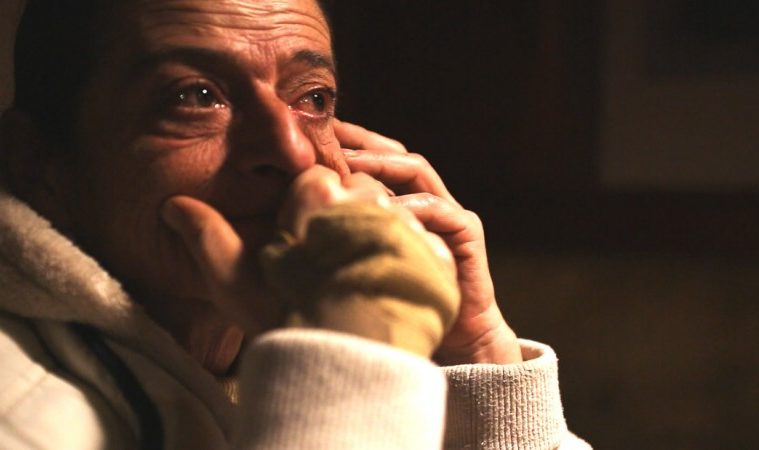 According to statistics presented in this documentary, there are currently around 45 million people enslaved around the world. This is not a macro view of the situation, however. A Woman Captured is about a single slave in Hungary. The obvious double meaning in the title is not only that this woman is trapped in her life, but also that this film has captured her for the sympathy and edification of an audience. And while director Bernadett Tuza-Ritter is aware of the ethical labyrinth she’s entering here, the film doesn’t quite successfully navigate it.

The eponymous woman is Marish (we don’t learn until late in the film that this is not her real name, but one given to her by her mistress), who works 12 hours a day in a factory and another eight as a housekeeper for the unseen Ata. Her mistress takes all the wages from Marish’s day job and pays for her “service” in cigarettes and table scraps for food, all the while subjecting her to constant emotional abuse. The first half of the film is excruciating; the mundane details of housework are scrutinized through a dark mirror, as practiced by someone whose will seems truly broken.

In the second half, however, Marish decides she has had enough, and begins planning her escape. It seems that being seen by Tuza-Ritter and speaking aloud her pain has reinvigorated her. The film ultimately builds to an uplifting ending. But questions about Tuza-Ritter’s methods and message persist. Title cards explain that she met Ata, was told Marish was a servant, and was given permission to film Marish as long as she paid Ata and never spoke to her alone. The precise details of Tuza-Ritter’s deception, the terms of her presence in the household, and how much she could or couldn’t have done to help Marish are unclear. The titles say Tuza-Ritter spent a year and a half following Marish, but not when it was that the true nature of her “job” became evident.

It is vital to bring stories like this to wider attention, but it cannot be said for certain whether the movie does so at the cost of furthering Marish’s suffering and thus also exploiting her. There are salient points to be made about any first-world audience’s corporate complicity in slavery as an institution, and perhaps it’s impossible for the doc to bring this up without any hypocrisy, but the possible hypocrisy remains. While powerful, A Woman Captured is not always uncomfortable in the ways it intends.

A Woman Captured premiered at the 2018 Sundance Film Festival.