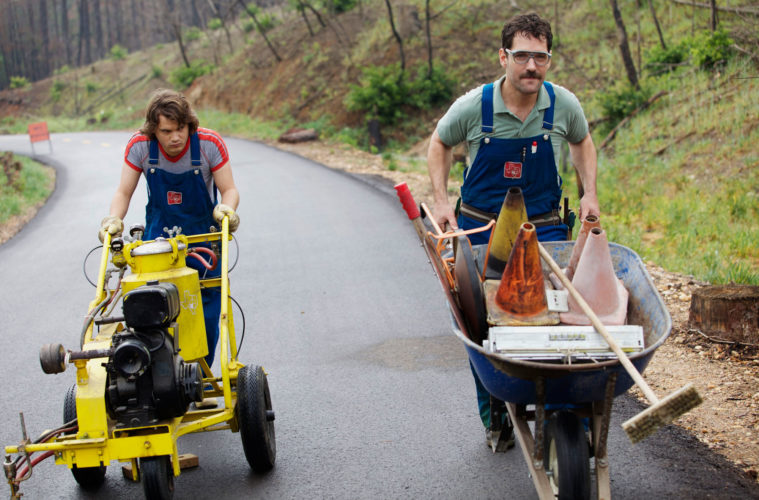 The latest two films to be acquired at the hot-ticket Sundance Film Festival are both very much ones that I’m eager to see. The first, Prince Avalanche, is supposedly something of a return-to-roots picture for David Gordon Green. Admittedly, it’ll be tough for him to match the magically high bar he set for himself with films like George Washington and All the Real Girls, but the simple fact that he’s back in the indie-movie milieu — after having helmed both Your Highness and The Sitter — is enough to get me into the theater.

Magnolia Pictures is the distributor making this purchase, which is solely for the film’s North American rights. “The low-budget comedy centers on two road workers (Paul Rudd and Emile Hirsch), who spend the summer of 1988 in rural Texas repairing a stretch of country highway that has been damaged by wildfires. It was loosely adapted from an Icelandic film called Either Way.” This is, to my knowledge, Magnolia’s first acquisition of the festival, and it has the recipe — positive early reviews, recognizable faces, an experienced filmmaker — for something that could be a modest hit. [TheWrap]

The second film picked up (so far today) is one I’m equally excited to see: the Australia-set Two Mothers, an English-language debut for director Anne Fontaine (Coco Before Chanel). Based on a novel from Nobel Prize-winning author Doris Lessing, the film “centers on two lifelong friends (Naomi Watts and Robin Wright) who fall in love with each other’s sons, played by Xavier Samuel and James Frecheville.” That’s nowhere near your average romantic-entanglement premise — and, from what I’ve heard, the film has certainly invited its fair share of divisive reactions — but it’s such an out-of-bounds story that I’m curious to see how it’ll play out. (That Watts and Wright are both very nice-looking is likely another factor in my anticipation, too.)

The buyer of Two Mothers is Exclusive Releasing, headed by Scott Pascucci and Matt Brodlie, and this marks the company’s first-ever purchase (which, admirably, doesn’t exactly sound like a down-the-middle way to start things off). Exclusive’s deal apparently includes rights to the film both in the US and the UK, so hopefully that scope will help their investment — the highly attractive co-leads aside, I still can’t help thinking that Two Mothers will have trouble making much of a splash in the US. Keep in mind, though, that I’d love to be proven wrong. [Variety]

Are you happy to see David Gordon Green retuning to his indie roots? Do you have any interest in Two Mothers?