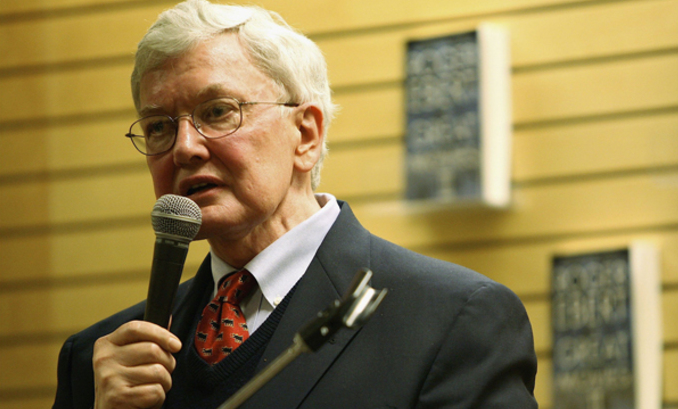 While much of the attention during Sundance Film Festival seems to go to the dramatic competition and premiere section, there’s also a wealth of notable documentaries. This year at Park City we were able to check out a dozen of the selections and have provided a brief take on each, with topics including baseball (times two), Roger Ebert, the Sandusky scandal, George Takei, Aaron Swartz, and more. Check out our thoughts on all twelve documentaries below and see our complete Sundance 2014 coverage here.

A well-made though thinly told tale about the Portland Mavericks, a minor-league baseball team that operated independent of Major League Baseball’s rules and regulations. Owned by Bonanza star Bing Russell, father of Kurt, the Mavericks found unbridled success in the mid-70s, revitalizing a once-defunct baseball town. Directors Chapman and Maclain Way don’t dig much into the specifics of the story, relying on the memories of those close to Bing (Kurt Russell especially) and not much else. In short, the story exceeds the documentary, which is just enough to entertain. [B] – Dan M.

Far too sloppy a film considering the touchy subject matter, Happy Valley gets lost in dissecting the slipshod media coverage that occurred as the Jerry Sandusky Scandal was unfolding, instead of offering anything new in the way of evidence or documentation. This is subpar work coming from accomplished documentarian Amir Bar-Lev. If you watch the news, Happy Valley isn’t worth your time. [C-] – Dan M.

The Internet’s Own Boy: The Story of Aaron Swartz (Brian Knappenberger)

If you’ve been on the internet, there’s a chance you’ve used a service that Aaron Swartz has had a hand in. A co-founder of Reddit, a developer on RSS, an organizer of Creative Commons, and countless other services, he had a phenomenal impact on what we call the internet today. Sadly, his life was cut short as he committed suicide last January, presumably due to pressure following the efforts of the government to jail him for up to 35 years and fines in the millions because of harmlessly gathering data to academic journals at MIT. Directed by Brian Knappenberger, the documentary chronicling his life and auxiliary efforts around internet freedom is formally standard, but a powerful testament to Swartz’s effort, properly defining him as a hero. [B] – Jordan R.

Andrew Rossi’s zippy documentary on higher education in the United States suffers a bit of poor timing following Frederick Wiseman’s four-hour masterpiece At Berkeley. Coming from CNN Films, Ivory Tower is clearly structured to fit into a two-hour television slot with room for commercials. The focus here is on student loans and the general dilution of the college degree in comparison to the debt it puts most young people in. Solutions are offered, but nothing concrete. [B] – Dan M.

It’s only fitting that documentary filmmaker Steve James, of Hoop Dreams fame, was able to capture the iconic film critic Roger Ebert during the final months of his life. Ebert was one of the voices who championed Hoop Dreams and helped elevate it to a broader limelight, exposing it to audiences who very likely would have never heard of it — as he did with countless other films. It seems almost impossible for any film critic, filmmaker, or filmgoer not to have been in one way or another influenced by Ebert and his vocal opinions. Based loosely on his autobiography of the same name, Life Itself examines the man who was revered for his frank, direct, and articulate opinions on cinema. [B+] – Raffi A. (full review)

Focusing in on a horrific act of negligence that occurred in South Korea, Love Child yearns to understood the circumstances and societal norms that led to such a tragedy. The crime in question revolves around a poor couple who would spend eight to ten hours a day playing online games in internet cafes, farming digital items for money, accidentally let their baby die of malnutrition while they indulged in their addiction. Equal parts a study of internet obsession as it is a portrait of South Korean culture, the documentary attempts to discover the root of the problem. It’s an alienating portrait of lost souls and blurred reality yet does very little to illuminate the compelling subject matter it hopes to understand, focusing rather on its style than actual content. [C] – Raffi A.

The true life story behind the man who was the inspiration for The Lord of War, this documentary chronicles the adventurous life of weapons smuggler Victor Bout leading up to his arrest in a sting operation in Thailand. Compromised mainly of home videos that Bout shot himself as he travelled around the world, it is an interesting portrait of a man driven by ambition to provide the best life for his family, countering the persona of a super villain that has been propagated by the media. While this different perspective is interesting, with interviews from his wife and a voice over recorded in prison by the man himself, it skewers very heavily towards painting Bout as a victim and seems to forgive him for all the war profiteering by accusing governments of doing the same thing. [C+] – Raffi A.

No No:  A Dockumentary (Jeffrey Radice)

This documentary about the life and times of Dock Ellis, the pitcher famous for throwing a no-hitter while on LSD, reveals itself to be so much more than that. Directed by Jeffrey Radice, No No is a in-depth character study of an angry black man not afraid to speak his mind, and what that courage cost him. What starts as something that feels directed at baseball fans widens its net considerably, emerging as a story anyone and everyone can take something from. [B+] – Dan M.

This is an honest, sometimes grueling look at three separate teenagers growing up in Rich Hill, Missouri. Directed by cousins Tracy Droz Tragos and Andrew Droz Palermo, Rich Hill does well in not judging the working-class people who populate this town. As Andrew, Harley and Appachey attempt to work through the sometimes financial, sometimes emotional, obstacles that stand in their way, we wait for a glimmer of hope that never comes. [B] – Dan M.

To Be Takei (Jennifer M. Kroot)

One of the most iconic members of the original Star Trek cast, George Takei has reinvented himself over the years to stay relevant in the cultural zeitgeist of our times. Using his magnetic charisma and positivity he has become a notable advocate for gay marriage, an important voice in recognizing the horrors of the Japanese internment camps all while delighting millions daily with his popular Facebook posts. The documentary chronicles the day to day life of George and his husband Brad while exploring the trajectory that made Takei who he is today. While the film is fun to watch, especially for fans of the luminary actor, it cannot escape the feeling that it was originally intended to be a reality show, which would probably be a better fit for the antics of George and Brad. [B-] – Raffi A.

Profiling the Electric Daisy Carnival, an annual concert that takes place in a sprawling Las Vegas stadium, this 3D concert documentary takes you into the heart of EDM culture. By following around several attendees who travel far and wide to attend this annual orgy of neon lights and bass thumping music, the film sometimes feels like a glorified advertisement for the festival. It also glosses over the rampant drug use prevalent at these types of events. However, the experience as a whole is nearly as fun as attending the concert and it’s hard not to dance in your chair along with the thousands of concert goers experiencing the ecstasy of the journey. [B-] – Raffi A.

Joe Berlinger‘s sprawling and ambitious documentary tackles the trial of one of the countries most infamous criminal masterminds, James ‘Whitey’ Bulger. It is an explosive examination of the many players involved in his sprawling web of crime that spanned nearly thirty years. By carefully following the prosecutors, defense attorneys, thugs turned rats and family members of the victims seeking justice, the film weaves together an ornate tapestry of corruption that is a comprehensive exploration of a very complicated case. Insightful and revelatory, this documentary will surely fascinate anyone with any interest about the case or learning about the man who inspired Jack Nicholson‘s character in The Departed. [B] – Raffi A.

Which Sundance documentaries are you most looking forward to?

All the above documentaries premiered at Sundance Film Festival 2014. One can see our full coverage of the festival below.