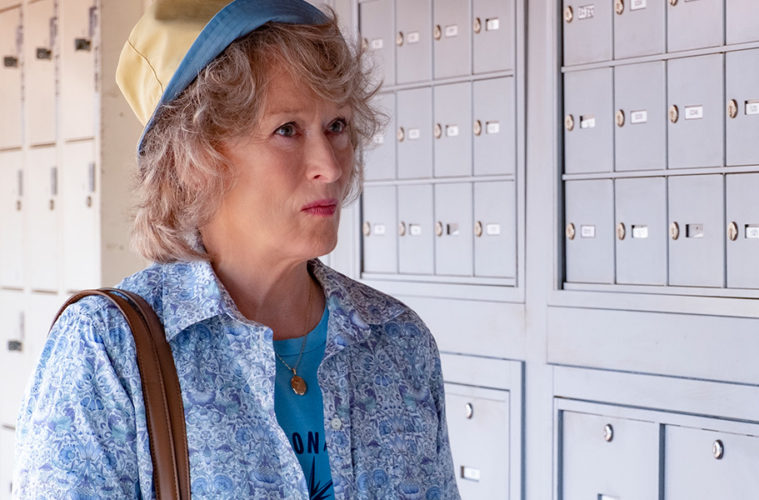 Update: A press release has unveiled more details on the Deborah Eisenberg-scripted film, which stars Meryl Streep, Candice Bergen, Dianne Wiest, Lucas Hedges and Gemma Chan. The film, which has been picked up by the forthcoming streaming service HBO Max, “tells the story of a celebrated author (Streep) who takes a journey with some old friends to have some fun and heal old wounds. Her nephew (Hedges) comes along to wrangle the ladies and finds himself involved with a young literary agent (Chan).” See the original story below.

In just a few weeks Steven Soderbergh will premiere his new film The Laundromat at Venice, followed by TIFF, marking his second Netflix feature of the year after the stellar High Flying Bird. Starring Meryl Streep, Gary Oldman, and Antonio Banderas, the Panama Papers drama is one of the director’s most high-profile films in some time, but always one to subvert expectations, he’s now embarked on a secretive new film in New York City.

After a few tweets hinting the production, we have the first brief details thanks to The Playlist, who report that his Laundromat star Meryl Streep is leading the new film, titled Let Them All Talk. Also in the cast is Gemma Chan (Crazy Rich Asians, Captain Marvel), but aside that it is indeed a new feature-length film and the filmmaker will be using the brand-new RED camera the Komodo Dragon, no additional information has surfaced. As we await more details, check out Soderbergh’s tweets from set below and return for our review of his latest film soon.

Day 1 of ?? on LET THEM ALL TALK. 12 summers ago we were guinea pigs for RED ONE. Now it’s KOMONO time! pic.twitter.com/OrxAYAWfo8

This has something to do with something I’m going to do. But it’s a SECRET. pic.twitter.com/XxgwcM1eUK

And we’ll leave you with some potential inspiration.