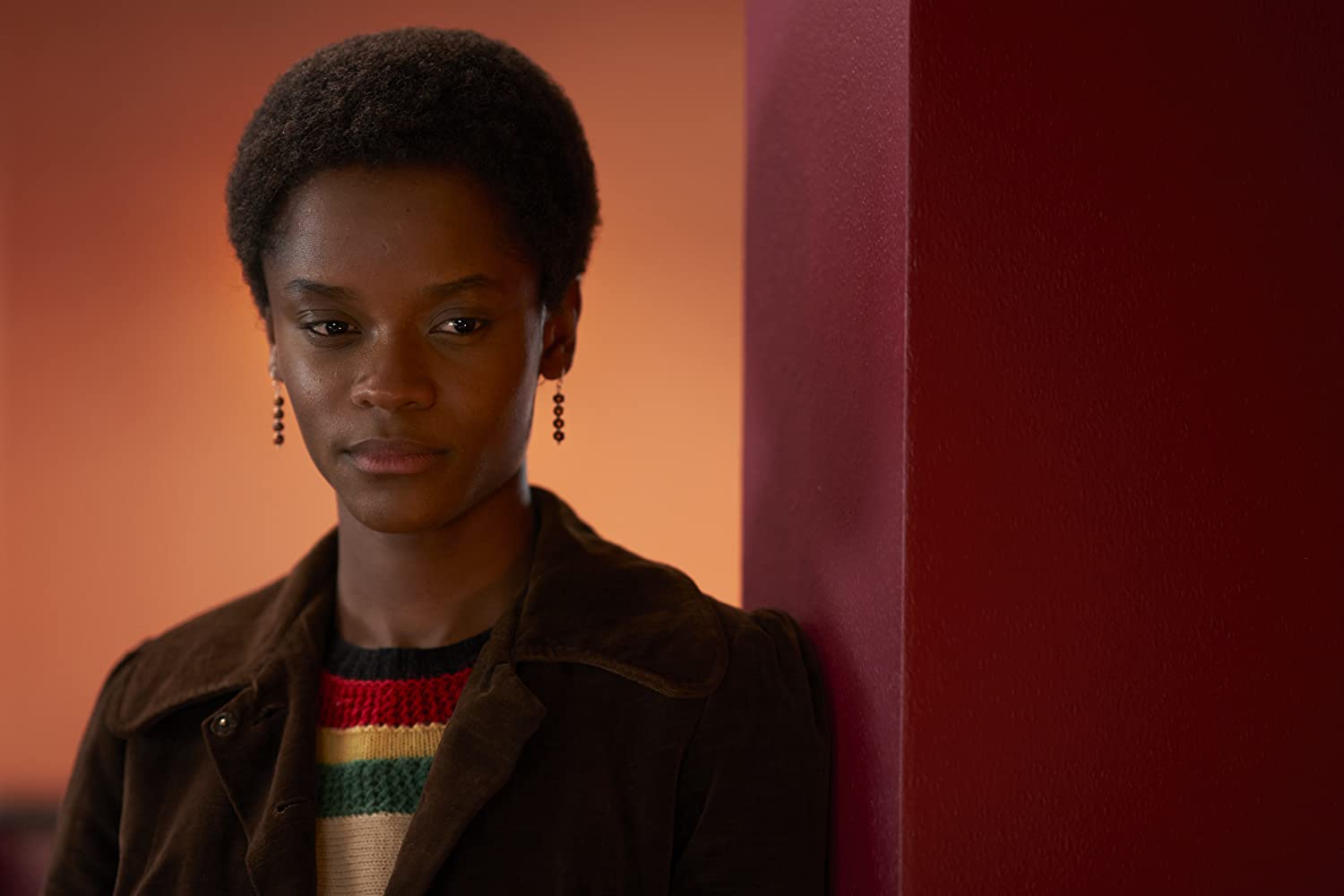 With Lovers Rock, the first part of Steve McQueen’s forthcoming anthology Small Axe, having premiered at the 58th New York Film Festival, many have wondered how to classify this project. Well, the director gave a definitive answer. “These are five features,” McQueen said in his recent NYFF press conference.”In a perfect world, I would love people to see these films in the cinema, absolutely, but we are living in these times [with] TVs and how people can use this equipment in high quality ways. But there is nothing for me that can beat going to the cinema and viewing with a community of people.”

Now, Amazon Studios has solidified his intention by announcing the release plans for the Small Axe features, and rather than all arriving at once as has become the norm in this new age of streaming, they will rollout weekly beginning this November.

In his NYFF review of Lovers Rock, Vikram Murthi said, “An appropriately buoyant opening-night choice for this year’s New York Film Festival, Lovers Rock chronicles an underground London blues party, a space where Black Brits could cut loose and dance safe from white harassment. Director Steve McQueen presents the house party as a mostly utopic place, one maintained and policed by community committed to the ideals of spiritual liberation. The film’s fluid, handheld camerawork, courtesy Shabier Kirchner, foregrounds positive vibes, detailing every inch of the tight dance floor and basking in the glow of unencumbered joy. These gatherings represent a release from a socially and politically marginalized group, but that subtext merely pulses underneath Lovers Rock, contextualizing the film without ever overwhelming it. The organic community portrait ebbs and flows to a beat of its own making.”

If you want an early peek at Lovers Rock, Mangrove, and Red, White and Blue, they are now screening at the 58th NYFF virtually for those in the United States and at NYC drive-ins. See the new trailer for the anthology. below, followed by McQueen and cast’s recent Q&As at NYFF, and the synopses for each film.

Lovers Rock tells a fictional story of young love at a Blues party in 1980. The film is an ode to the romantic reggae genre called “Lovers Rock” and to the Black youth who found freedom and love in its sound in London house parties, when they were unwelcome in white nightclubs. Amarah-Jae St. Aubyn makes her screen debut opposite the BAFTAs 2020 Rising Star award recipient Micheal Ward (Top Boy). Shaniqua Okwok (Boys), Kedar Williams-Stirling (Sex Education), Ellis George (Dr Who), Alexander James-Blake (Top Boy), and Kadeem Ramsay (Blue Story) also star, as well as Francis Lovehall and Daniel Francis-Swaby who make their screen debuts. Lovers Rock was co-written by Courttia Newland and Steve McQueen.

Education is the coming of age story of 12-year-old Kingsley (Kenyah Sandy), who has a fascination with astronauts and rockets. When Kingsley is pulled to the headmaster’s office for being disruptive in class, he discovers he’s being sent to a school for those with “special needs.” Distracted by working two jobs, his parents (Sharlene Smith, Daniel Francis) are unaware of the unofficial segregation policy at play, preventing many Black children from receiving the education they deserve, until a group of West Indian women take matters into their own hands. Tamara Lawrance (The Long Song) also stars with Naomi Ackie (Star Wars: The Rise of Skywalker). Education was co-written by Alastair Siddons and Steve McQueen.

Alex Wheatle follows the true story of award-winning writer, Alex Wheatle (Sheyi Cole), from a young boy through his early adult years. Having spent his childhood in a mostly white institutional care home with no love or family, he finally finds not only a sense of community for the first time in Brixton, but his identity and ability to grow his passion for music and DJ’ing. When he is thrown in prison during the Brixton Uprising of 1981, he confronts his past and sees a path to healing. Sheyi Cole stars opposite Jonathan Jules, with Robbie Gee (Snatch), Elliot Edusah (1917), Cecilia Noble (Black Mirror) and Johann Myers (The Lost City of Z). Alex Wheatle was co-written by Alastair Siddons and Steve McQueen.

Red, White and Blue tells the true story of Leroy Logan (John Boyega), a young forensic scientist with a yearning to do more than his solitary laboratory work. When he sees his father assaulted by two policemen, he finds himself driven to revisiting a childhood ambition to become a police officer; an ambition borne from the naïve hope of wanting to change racist attitudes from within. Leroy must face the consequences of his father’s disapproval, and the blatant racism he finds in his new role as a despised yet exemplary constable in the Metropolitan Police Force. John Boyega (Star Wars: The Force Awakens) and Steve Toussaint (Prince of Persia) star with talented newcomers Tyrone Huntley, Nathan Vidal and Jaden Oshenye. Red, White and Blue was co-written by Courttia Newland and Steve McQueen.