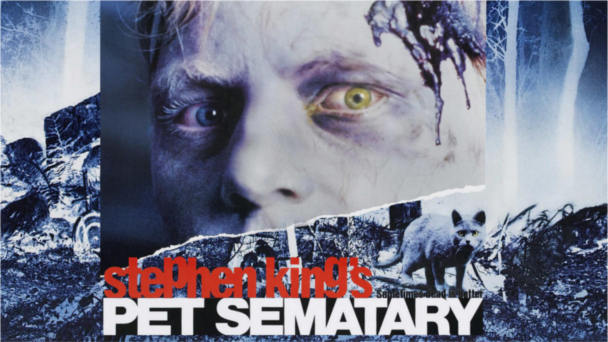 Since the terms “remake” and “sequel” generally make film nuts grumpy, development executives, the film media and the blogosphere have embraced the notion of “reboots” as a happy medium. And even if you haven’t, that’s just tough, because there’s plenty of them on the way… and you know what? It’s not all bad news.

Besides X-Men: First Class, we’ll be seeing a new Fletch, a new Jack Ryan movie, and – as reported by 24 Frames – a new version of one of Stephen King‘s best and most terrifying novels, Pet Sematary. The original film from 1989 was directed by Mary Lambert and scripted by King himself and remains one of the most successful King adaptations, at least in terms of fan reception (A 1992 sequel was mostly ignored).

Now it appears a remake is in the works, according to a source close the project. Paramount executives have put out feelers to the agent community, seeking a “high-level director” to helm the script by Matthew Greenberg (1408, based on a King short story).

For those who haven’t read the book or seen the film, a doctor (Dale Midkiff) moves his wife (Denise Richards, of Star Trek: The Next Generation) and young son (a gloriously creepy Miko Hughes) to a small Maine town. His befriends the old duffer across the street (Fred Gwynne), and discovers a nearby graveyard that can raise pets – and people – back from the dead. Tragedy befalls the little family, as you can probably imagine.

The book is quite possibly King’s bleakest and purest, a straight-up horror yarn with a truly startling ending. King’s original script camped up some of the slasher elements, but is still admirably dark. According to King himself, Pet Sematary is the one book his wife hated and absolutely refused to ever read again. For horror fans, this should be a ringing endorsement.

With The Dark Tower and The Stand on their way, and with Stephen King now accepted as a national treasure (having been acknowledged as an influence on such critically beloved authors Dave Eggars and Mark Z. Danielewski, along with his  induction into the American Academy of Arts and Letters and reception of the O. Henry Award for his remarkable short story “The Man In The Black Suit”), we could be seeing a new age of King flicks. Carrie and The Shining stand as 80’s classics, but 1408 was pretty thin – to be fair, though, so was the short story. I’m willing to suspend judgment on this one – if done right, it could be a great modern horror flick.

Did you grow up like me, reading Stephen King at way too young an age? If so, do you agree that a remake of this movie could be truly frightening, in a good way?