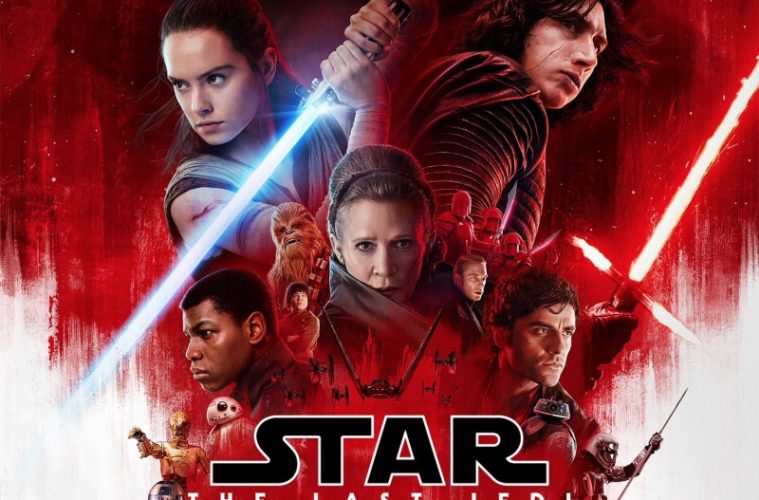 ‘Star Wars: The Last Jedi’ Review: Rian Johnson Cherishes the Past, Then Burns it to the Ground

The tranquil blue introduction. The boom of the Williams fanfare. The warm yellow crawl. They invite you home to the familiar, a place in the past where wondrous adventures of swashbuckling in a galaxy far, far away came few and far between. They’re comfort incarnate and work without fail – for a time. With the roar of applause that accompanied the top of The Last Jedi’s opening prologue, you’d think the words “Episode VIII” were a complete surprise to those in attendance. Such is the power of Star Wars. These aren’t quite movies anymore as they are an exercise in feeling something – the pangs of nostalgia – and Rian Johnson understands this almost innately throughout The Last Jedi.

Saddled with the mammoth and unenviable position of potentially disappointing pop culture’s most volatile of fanbases, Johnson unflinchingly maneuvers these characters with a special cunning. He plays to the crowd from the Star Wars handbook before betraying them wholesale. It’s a daunting task made moreso by the fact that he was teed up with the safe-yet-slapdash precursor of J.J. Abrams’ The Force Awakens. It’s wholly understandable that any sequel to a shameless remake of A New Hope would contain some semblance of The Empire Strikes Back, but where Abrams was cautious and calculated in giving fans exactly what they want, Johnson is bold and clever enough not to. Though there is surely fan service, and those winks and nods are among the worst moments, The Last Jedi, at its best moments, is far more concerned with where this franchise can go as opposed to where it’s been.

The confines of the Empire framework are immediately on display. With the Resistance evacuating their base while a First Order blockade howls at their door, and Rey (Daisy Ridley) eager to begin training on a remote planet under a fabled Jedi master, this eighth installment threatens familiarity to a worrisome degree. How fitting, then, that the Brothers Bloom helmer seems to have remembered the beats of the long con. Scene after scene, his better instincts swoop in like the Deus Ex Millenium Falcon to deliver us from stagnance. We’re even taunted by Laura Dern in a thankless role before she does one of the coolest things in franchise history. To name the specifics of these playful subversions would be grounds for execution, but know that for every stale “May the Force be with you” and “Fulfill your destiny,” there is baiting and switching (and Porgs) in bulk.

What results is a story that is surprising, if a bit messy. There are so many pieces in play it’s a wonder they all manage to coalesce, let alone complete individual arcs. Johnson’s screenplay follows through oxymoronic patience and urgency. Patience, unfortunately, takes time. At over two-and-a-half hours, the film had me reconsidering if I really needed a Finn v. Phasma fight, or a five-act structure. So consider the urgency. A wordsmith in his own right, Johnson seems to be dumbing himself down here for the sake of the brand. He manages to pose some of the most complex ideas on morality and war this franchise has ever attempted, but is forced to breeze through and cap them off with trite buzzwords. After the umpteenth mention of sparks and fire and hope (all the hope), it’s clear that The Last Jedi desires the patience to linger on the subtext of these complex ambitions but needs to wrap it up in platitudes to avoid a third hour. Its mind is moving faster than its mouth can speak. Again, an unenviable position.

The final product is a film all too knowing of its own history. In light of last year’s passing, Carrie Fisher seems to be lingered on in a more meta fashion than some might appreciate, and Mark Hamill’s Luke Skywalker is the best he’s been (a low bar, but still) as he wallows, exhausted by the burden of his own legend. Despite the fan dues, though, what nuance remains gives us some of the most brazen Star Wars we’ve been privy to since Hayden Christensen murdered scores of children in the name of love. It’s no small accident that a franchise so steeped in nostalgia has come to the point of despising the past. 40 years in, the shadow of this saga looms large. Surviving eye-rolling cues and clunky dialogue are the least of The Last Jedi’s achievements. Rian Johnson’s main feat is being savvy enough to know that sometimes the best thing to do is cherishing the past before burning it to the ground.