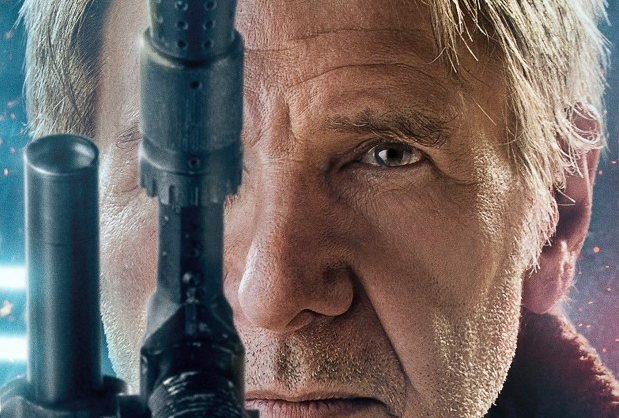 “The next thing is really going to be the movie. They’re be commercials, but no more trailers,” director J.J. Abrams recently said, following the debut of the final trailer for Star Wars: The Force Awakens. We thankfully won’t get a great deal of new footage until we’re sitting in the theater, but the marketing campaign is far from over as Disney have revealed a full set of characters posters for the sci-fi adventure today.

Featuring John Boyega, Daisy Ridley, Adam Driver, Harrison Ford, and Carrie Fisher, they don’t offer any new details, except perhaps there’s something going on with each of their respective right eyes, as they’re all (mostly) hidden. Along with the batch of posters, we also have the first trailer for a new documentary titled Elstree 1976, which takes a look at the actors who were hidden between George Lucas‘ helmets, creature costumes, and more, in the original film. Still awaiting a release date, check it out below, along with the full set of posters.